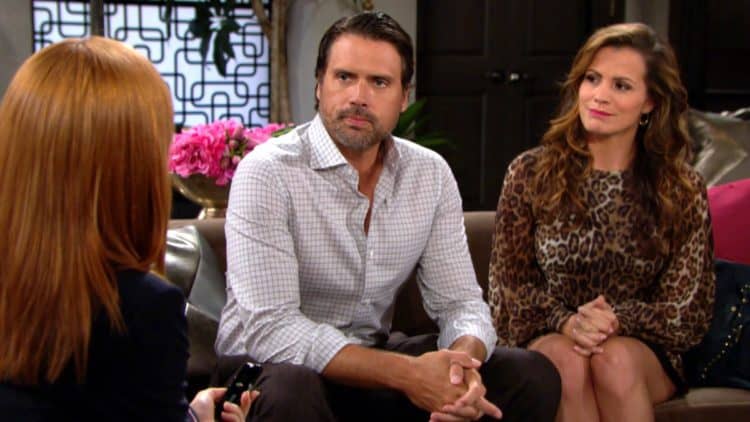 Young and the Restless fans aren’t accustomed to seeing Jack as the man who tries to keep the peace with everyone else. He’s a man who is typically making waves in other manners, and that is quite a problem for many of the people in his life. He is not someone who typically goes out of his way to make things feel right or good for many people, but he is someone who does try to make peace where he can when it’s the only option left. This week is turning into one of those options. He’s got little he can do to help, and he’s not going to find that he has another option in the moment. He will do what he can, but there’s not much anyone else can do to help him right now. He has to get this done in his own manner of speaking.

Then there is Adam, who is not being very honest with anyone. Of course, we ae not surprised by his lack of honesty since that is typically how he lives his life and what he does for himself. But, he’s been given an option to tell the truth and make some good decisions, yet he’s chosen to forgo that and work through this in a new manner. He’s not someone who will ever be entirely truthful, and that is a problem for us. We need more from him, but we don’t expect to get it. Tessa, on the other hand, is not someone who will ever make a good match for Mariah, and we are not happy about this situation. Mariah is going to try and romance here, and we can say with some serious certainty that we don’t think this is a good idea at all. She needs to move on.

Is the world not yet tired of candy??

Kyle has a tough time welcoming Theo into the family while Chelsea protects her loved ones this week on #YR. You won’t want to miss it! pic.twitter.com/JhzQmeWpEt

Everyone is all kinds of unhappy in Genoa City right now. Phyllis told Nick he’s turning into his father, which is his worst nightmare, of course. He’s done all he’s done in the hopes that he will be nothing like his father, yet that has not worked out for him in the very least. Now he’s hearing this, and that might be enough to change the game for him. Then there is the fact that Adam is standing in his home with Chelsea again when he is not sure why she keeps showing up and doing this in front of him. Then there is Kyle, who really wants nothing more than for Jack to investigate Theo and look into what he is up to and what he is doing. Things are not going well for anyone.

Phyllis has come to the realization that Nick is the next Victor, and Chloe and Kevin are the kind of people who will do anything and everything they can to focus on other things in their lives, and they are working together in a secret capacity to find out what they need to find out. Rey is stepping up for something we did not see coming, and we have to ask ourselves why he continues to bother with this and with his life like this. He’s a mess, and we all know it. They are all going to suffer significantly in the long run, and this is what we can expect from them as life is changing by the day. This is getting interesting.