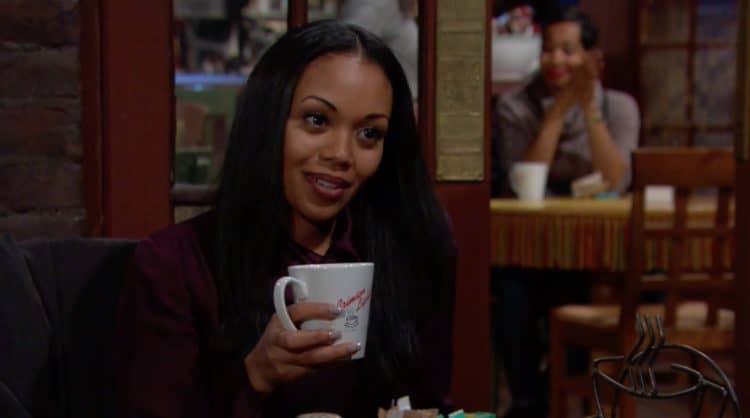 Young and the Restless fans are still shocked that Chelsea and Adam are going on a date. He’s worried about it. He has one chance to win her over, but we are still sitting her wondering how one goes on a date with a man who is not the man she is seeing when she is clearly seeing another man, who happens to be the brother of the man who wants to take her on a date to see where things are going with them. That’s beside the point, however. Victor knows what is going on with his sons right now, and he’s issued Adam a warning. He’s got a lot of problems with Adam, but the fact that he is working so hard to take Chelsea from Nick is a problem that Victor feels he can handle and that he can work through on his own. We are not sure we can get over this, but we are sure that we can manage watching.

Meanwhile, Sharon is in a dark place right now, and she’s lying to everyone about where she is. We get that. She doesn’t want anyone to worry if there is no reason to worry. She’s very worried, of course, but she’s not looking to make anyone else feel this way, either. She’s looking to get her friends and her family to feel better about things. Not worse. She’s not a woman who likes to make anyone feel that they are someone they are not, and she’s not looking to get anyone to feel as if she is someone she is not. She’s going to continue to lie, but not before it causes some serious problems in her life. Additionally, Amanda is causing more problems for Billy, and she does not care in the least she’s doing it.

But probably not for long if we had to guess.

Chelsea and Adam have been going back and forth for some time now, all without including Nick in any of their decisions. Why would they feel that he needs to know that they are considering being together when it’s really none of Nick’s business considering he is only dating Chelsea and all that? But, we digress. Nick is a little busy himself. He’s got some stuff going on with Phyllis right now, and she’s opening up to him about a few things. We think they are thinks that have to do with her and how she is right now more so than anything else, but she could really be doing what Adam asked her to do in the way of trying to seduce Nick out of Chelsea’s life. After all, it will be easier for her to make a decision as to whom she’s looking to be with if her boyfriend is sleeping with someone else.

Rey is not a stupid man. He can tell that there is something going on with Sharon. He can sense that there is a little something off about her, and he’s not sure what it is. He’s going to go to some places that are not accurate in his way of thinking, including that she might be spending some more time with another man and cheating on him again, but that’s not something we really know how to handle. There’s a lot here that is not going to work out for them, but the real reason she’s acting this way is so much worse than that. Can he handle it?