Home
Young and The Restless
Young and the Restless Spoilers: The End of Wedding Theme Week 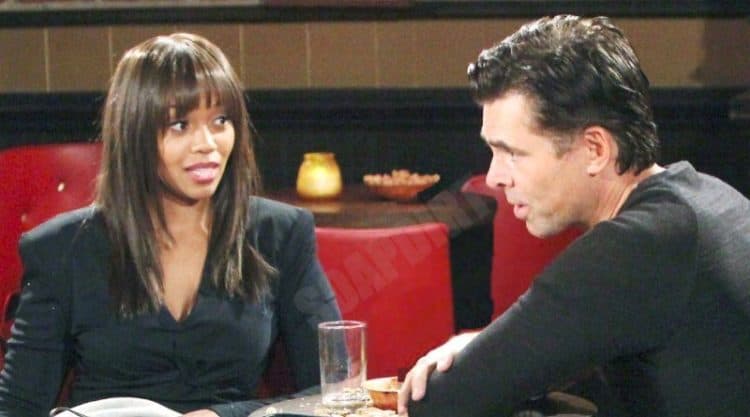 Young and the Restless fans have come to the end of wedding week, and we can’t help but share the fact that this does make us a little bit sad. We don’t know what else to say about this, but we do know that we want to feel a few things out. First of all, we are headed all the way back to 2012 today. This is the day that Lily and Cane get married, and it’s their second wedding. They are in France, it’s a good time, and they are going to have a really sweet day. Victor and Nikki are not very happy about Victoria and her own future with Billy, and they worry. They have always worried about her future with Billy, and we have to say that we have a few feelings why. They are a couple who didn’t work out, and we honestly don’t see them ever working out. The problem is that we simply do not see them bringing out the best in one another – at all. Let’s talk about their situation a bit more to understand it more fully.

They Are Somewhat Childish

These two are like overgrown children sometimes. They struggle making mature decisions. They struggle making things right in their own lives. They struggle with things that shouldn’t be a struggle to them, and we don’t get it. They seem to have a problem with things like the fact they cannot make decisions. They seem almost giddy when they are together, but they don’t talk about things. They don’t bring attention to the issues in their relationships. Rather, they spend their time talking about fun stuff, ignoring the serious stuff, and not taking life by the horns and really getting down to what is important. We think that they are going to find their way back to one another again, but we don’t think that it will work when they do. They’ve never made it work before, and we honestly cannot see them making it work again. They don’t seem to have it in them to find this situation and work it to their best degree, and we don’t see it working for them at all.

They Bring out the Immaturity in One Another

When we think of some of their times together in the past, two kids come to mind. They are almost childlike with one another. They are whiny, they are defensive, and they both need to go to their parents and run things around them and by them and they need their parents to take care of things for them. They seem to have a very cavalier attitude about things that they are dealing with. In our minds, we always see them standing in front of one another with their arms crossed, feet stomped into the floor, and we imagine them saying things like “She started it! She made me do it! It’s her fault!” and “Nuh, uh! He started it! He made me do it, and it is his fault!” and then they continue to pout. We realize they don’t actually do this, but it’s like they do. They just are not the most mature couple in Genoa City, and that is really saying something considering just how childish so many of the other couples are.

If there is one thing these two have in common, it’s the fact that they cannot seem to run their own lives without running to a parent and asking for help. Her to her father and him to his mother. They are not self-assured enough to know how to handle those things or to live that life, and that’s all right. But, we also know that there is a lot more to this than that. They both need their parents to tell them they are doing life right. They need people to tell them that they are proud. They need someone to tell them that they are proud, and they need someone to watch over their shoulders all the time. They could really focus on one another by making it seem like they have something more to work with, but they focus more outside their situation.