Home
Young and The Restless
Young and the Restless Spoilers: The Last Day of Winters Week 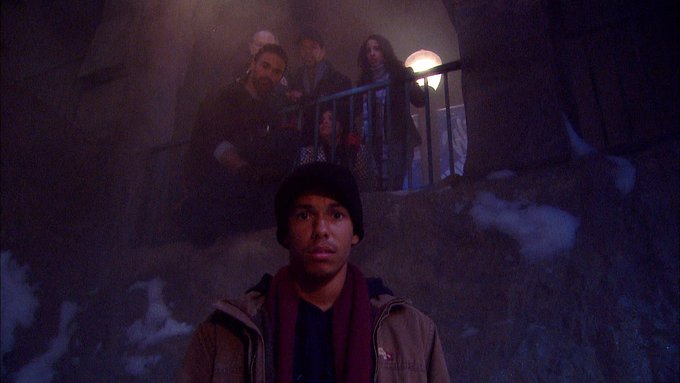 Young and the Restless fans are feeling a little sad on this Flashback Friday. This is the last day of the week, which means it’s the last day of the Week of Winters. The family we love so much and have been so sad about for so long now, and we are so upset this is the end for them. We realize we can see them again in the coming weeks depending on the ongoing themes until new shows are able to film and air, but this is going to be the last official day of this theme week. We’ve loved this one, and it’s gone down in our minds as the best of the best in terms of flashbacks and happy times. We are enjoying all of it, and it’s been good. Today, we get to see the day that is officially one of the best in the family. It’s the day that Neil and Dru officially adopt Devon and make him their own son, which is such a beautiful thing. He’s had such a rough life, and it’s good to see him happy and thriving once again. It’s the episode from December 7, 2006. We also get to see that Jack and his sister, Ashley, are working hard to keep Gloria in line, and Jill is looking for answers about her life and her past. We thought today might be such a good day to go back into Drucilla’s life and see how she has been making things happen and making them work.

It’s something that should be mentioned considering the fact that she took in some kids to adopt and raise on her own who had been taken from their own lives. She did this because she got Devon and his life, and she understood him so much. She’s a woman who was a runaway. She left her home as a teenager because she had so many issues with her own mother that kept her from living her best life, and her fullest potential. She was not in a good place as a result of that, and it was something we didn’t know she could make happen.

On the other side of things, she took off and ran to her aunt. She was a housekeep for John Abbott Sr. That’s how she came to live in Genoa City, giving up her life as a ballerina. She had a very rough life for a very long time, and things just did not work out well for her in any capacity.

From being illiterate to being a wonderful dancer to being a child no one wanted, she had a tough time in her life. She was rarely happy at home, she didn’t have much to go on with that in her life, and she didn’t know how to make things work for herself. She was a mess, and she did things her own way and in her own time. But, we also know that she had a lot going on that was going to work for her. She might have made some big mistakes along the way, though. One of the biggest mistakes she made when she was still young and looking to find her way was to pose nude for a magazine spread. Fortunately, Jill found the film and destroyed it before anyone could take advantage of it or her.

She was happy with Neil, but not entirely. He was looking for a wife to stay home and care for his children. She was looking to make something of a name for herself in the modeling industry. She was not looking to stay home, to be a housewife, to do anything that didn’t work for her, and she was making that clear to him and around him. That caused some issues in their marriage, but nothing that she could not handle after some time apart. She had a lot of drama in her world, but she was able to maintain that drama with some class and some elegance of her own. She’s a good person who made some mistakes, but she’s good above all else – and we think it showed every day.