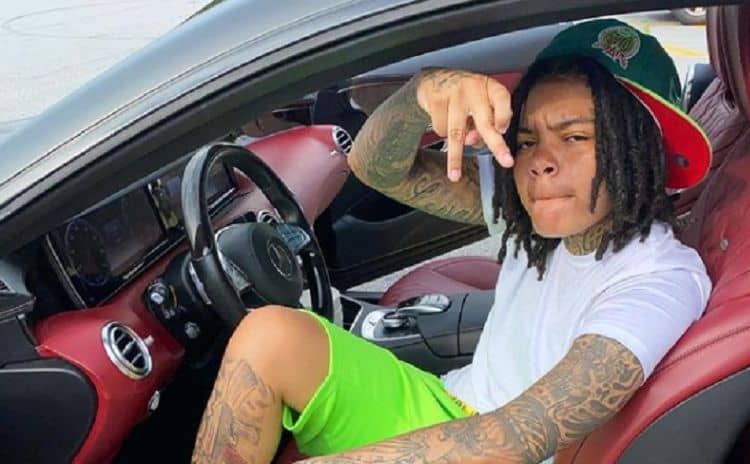 Being a rapper with a huge following, successful music, and a household name is not always as good as it looks from the outside. Young M.A. is living proof that no matter how good your life looks from the outside, it can be a mess on the inside. She is living her dream. She’s doing what she loves for a living. She’s making big moves in her life, and she’s killing it every chance she gets. But, she’s been struggling, and she’s decided it is time to get the help she needs. She’s checked herself into rehab, and we are all rooting for her to get the help that she needs to overcome her addiction. Fans want to know more about her, though, and we have what you want.

Young M.A. is, well…young. She was born on April 3, 1992. She was not born with the name Young M.A., but she does use this as a stage name. Her mother named her Katorah Kasanova Marrero, which is a lovely name. It is not, however, particularly good as a rap name, if we have to give our opinion.

She was born in Brooklyn, and she lived in New York for a few years as a child. She didn’t grow up here for the entire course of her childhood, but she did stick around until she was 9. She loved the city and the culture, and she knew she’d be back.

3. She is Close to her Brother

She is exceptionally close to her brother, though she lost him at a young age. The two were very close because of their family situation, and he was her best friend. The fact that he was stabbed and killed by a friend when he was young was something that defined her life in so many ways.

4. Her Dad was Not Around

Her father was not around throughout much of her childhood. He was sent to prison when she was only one, and he spent the next decade of his life there. She was 11 when he was finally released, though we don’t know if he spent any time with his kids after that fact.

5. She Grew up in Virginia

Her mother decided that their family would be better off out of New York City and in a smaller location. She felt that Virginia would make a great home for her kids. Young M.A. was nine when her mother moved them to Virginia so that she could attend better schools and live in a better neighborhood.

She’s always been athletic. She grew up in Virginia playing football. She did not, however, play flag football. She was already into things that were more dangerous and more fun, so she chose to play tackle football – always more fun to watch and play.

When she was only around 10, she was writing. She was making rhymes and writing them down, and that might be just how she got started in the rap game. She was good at it, it felt good to make up rhymes and put them on paper, and she was ready to make a name for herself. Her mother was a big supporter of this and even bought her a singing machine so she could sing her own raps.

8. She Knew She Was Into Girls Early

9. She Dealt with Depression

Following the stabbing death of her brother back in 2009, she was a mess. She went through a great deal of emotions, and one such emotion was depression. She was not in a good place, and no one should expect anything different. She was exceptionally close to her brother, and his death – especially at the hands of someone who was supposed to be his friend – was difficult.

She’s been denying drug abuse for some time now, but addicts often do. They like to think that they don’t have a problem, but Young M.A. has decided to own up to her issues and check herself into rehab. She’s ready to get the help she needs. We imagine that her depression and the loss of her brother and the fast-paced life she is living have been difficult to cope with, and we imagine she turned to drugs out of desperation and a need for release.