Home
Young and The Restless
Young and the Restless Spoilers: Jack Spirals Out of Control
Prev Article Next Article 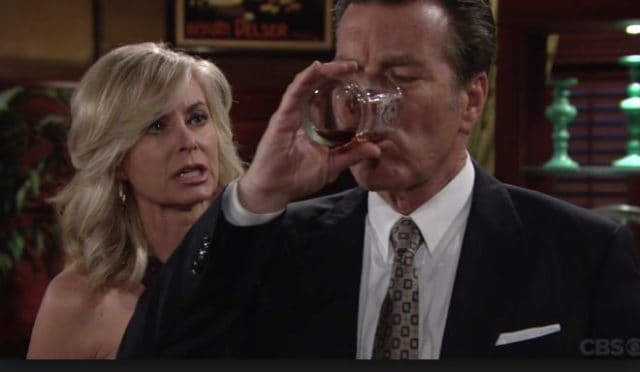 Young and the Restless fans were not wrong about what was going to happen with Jack. We knew this was going to go down the way it all went down. We all knew that there was no way that Victor and Kyle would not share the secret that Dina has been keeping. She’s losing her mind, and they have taken it upon themselves to use that to their advantage. And now Jack has learned the most devastating news of his entire life. Publicly and in front of everyone – and he is crushed. He learned the secret that his mother has been keeping from him his entire life. And that his sister and niece have been keeping from him for weeks. He’s learned that he is not an Abbott.

More importantly, he won’t like it. Everything he thought he knew in life is all wrong. It’s wrong, and it’s not true, and his entire life is a lie. He won’t be able to see past that. He won’t be able to handle what is happening in his new life. He’s going to fall into a deep spiral before you can count to 10 – and he won’t have a breaking point. It’s immediate. He won’t think about it and be sad.

He learns his truth, he falls apart, and no one can stop him. No one can rescue him. We will see Jack change into a new man in a matter of days. And he will not come back anytime in the near future. We think there is a chance he might be able to salvage himself and who he thought he was – but not now.