Home
Young and The Restless
Young and the Restless: Victoria Refuses to Accept Help From Victor 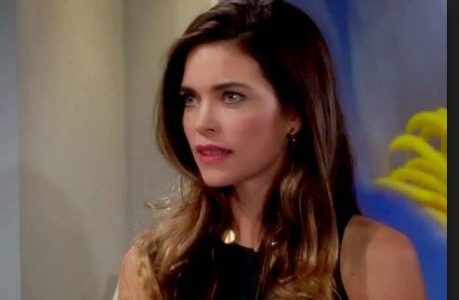 Young and the Restless fans aren’t sure what to think right now. Billy and Victoria certainly are not getting along these days, but he is not about to let her go down after spending the night with Ben. You see, Jack was right about him. He did have a price, and now Hilary has made it clear to everyone that Victoria spent the night with him and isn’t making wise decisions. We all know she’s got some health issues right now, but that doesn’t seem to be important to anyone else.

At the moment, there is a good chance things are turning around for her. She’s got more than her fair share of issues to worry about, and there is a chance her father might want to help her to get back at Jack for what he did. She’s to goo much on her plate to worry about revenge right now, but she’s also got too much pride to ask for help from a man she’s decided she doesn’t care for. This is a problem for her, and things are going to turn around.

She needs to take what help she can get from Victor and let it go, but we know she won’t. She won’t do this, and it will all turn around on its back. She’s gotÂ  more trouble ahead of her than she can handle, and she’s going to let her pride get the best of her even though she knows better.