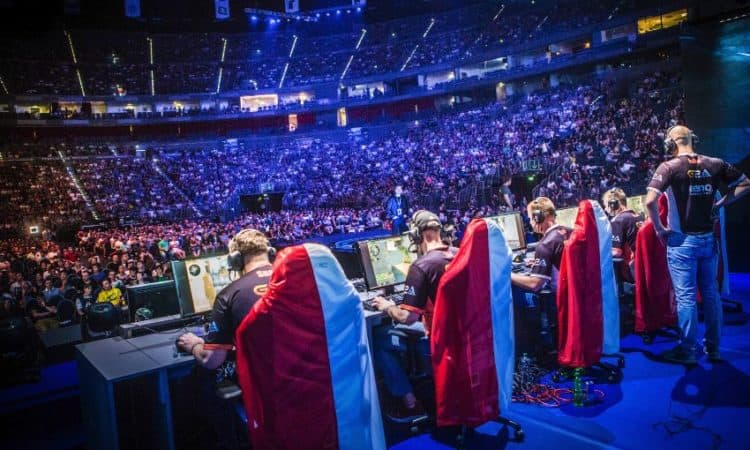 The Esports Awards are back for another year of recognizing excellence in the esports scene. With streaming and esports entertainment popularity at an all-time high, it makes perfect sense that the Esports Awards would make a return this year. Their goal as stated on their website is, “showcasing top-class performance and innovation from, amongst others, the players, teams, media, hardware providers, games, events, and personalities within the scene.”

Voting has just opened so if you’re a fan of Esports make sure you head over to their site to cast your vote on your favorites. Voting is split up into three categories. Community Categories feature streaming, content creation, and the esports community. Creative Categories feature categories that highlight individual’s and team’s creative endeavors. Whether it be graphics, videos, or content. The third category is catered to the industry where they give the spotlight to the people behind the scene that help make everything happen.

In case of a tie, Esports has also laid out a tie-breaker stage that would defer the decision back to the community vote.

Community categories recognize creators, organizations, and streamers that went above and beyond to entertain and help the Esports community. There are awards for apparel which 100 Thieves is nominated for. With their recent announcement of a collaboration with Gucci and how quickly their inventory sells out they are favorites to win it. 100 Thieves is pretty prominent across the board showing up multiple times in the category for Streamer of the Year which is huge. Faze Clan isn’t far behind with its own apparel collaborations and consistent popularity. It’ll be interesting to see who takes home the awards and who is named Streamer of the Year. Make sure you head over to the Esports voting site to take a look at all the nominees.

Creative categories look to award people that went above and beyond in creating for the community. It’s a chance to recognize cosplayers that go above and beyond to truly become the character they are representing. Creative people are sometimes forgotten along the way due to how much attention goes into the final product so these awards look to bring them into the spotlight. We look forward to seeing who goes home with the awards this year.

The Industry Categories are meant to recognize the teams that work behind the scenes to make everything happen.  Now that production has ramped on nearly every aspect of the industry, teams are working harder than ever to ensure that events go by without flaws. This award is here to recognize those efforts that sometimes go unnoticed but are crucial in the grand scheme of things. It looks to recognize people from all sectors of Esports. From event coverage, journalism, publishing, and broadcasting. To see a more detailed look at these categories and the criteria that went into them head-on over to the Esports website.

The Esports Award show will be live on their very own Twitch Channel so make sure you tune in. You’ll need your own Twitch account to comment. So if you want to be a part of the conversation as it happens then head on over to Twitch and create an account. The show will be live on November 20th, so make sure you tune in to see who gets to go home with a shiny new piece of hardware.