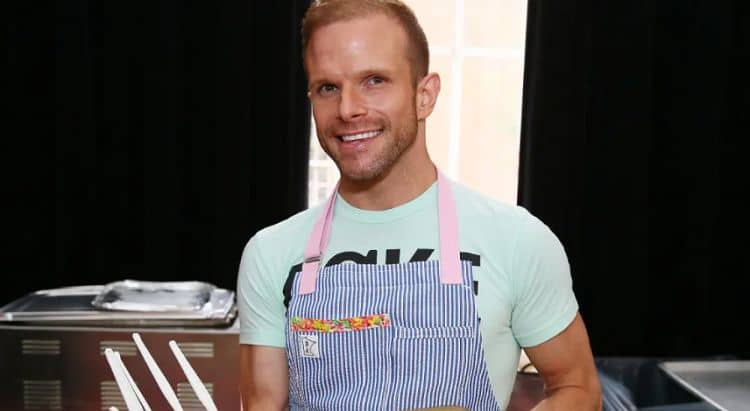 When it comes to making sweet treats that will leave you wanting seconds and thirds, Zac Young knows exactly how to give the people what they want. As a world-renowned pastry chef, baked goods are his speciality. Zac has made pastries for people all over the world and he’s become a TV star along the way. Throughout the years, Zac has appeared on several cooking shows including Chopped, Beat Bobby Flay, and Top Chef: Just Desserts. Whether a competitor or a judge, Zac brings his fun light; lighthearted energy and vast cooking knowledge any time he steps in front of the camera. Keep reading for 10 things you didn’t know about Zac Young.

1. He Worked In Costume Design

Long before Zac was making people’s mouths water in the cooking world, he was working in a completely different industry. For a while, he worked in costume design in the wig department at Radio City Music Hall. Although his job had absolutely nothing to do with cooking, it was there that he developed an interest in baking after making Christmas cookies.

2. He Grew Up In A Vegan Household

Zac was raised in a vegan household which meant that his mother didn’t typically bake things like cookies and cakes. During an interview with CT Bites he said, “we never did that whole cooking thing as a family. We ate so we didn’t die, basically. It wasn’t a joyful, “I bake cookies with my grandmother!” kind of thing.”

Zac is a very well-rounded person who has gotten the chance to have all sorts of interesting and unique experiences. He grew up in theater and attended the Boston Conservatory where he studied musical theater. It was this path that eventually led him to the job at Radio City Music Hall.

4. He Is An Institute of Culinary Education Alum

After realizing that his love for baking was more than just a hobby, Zac enrolled in the Institute of Culinary Education in New York City. While there, he studied pasty and baking arts before graduating in 2006. After completing his studies, he became the first extern at Bouchon Bakery.

5. He Loves To Be Creative

One of the things that Zac loves most about his job is that it gives him the chance to express himself in a way that not many people get to. Through his food, he can show his deeply creative side. In an interview with the Institute of Culinary Education he said, “I really love the little side projects I get to do, such as making dresses out of chocolate or creating a gingerbread version of the Chrysler Building.”

Zac is known all over the world for his skills as a pastry chef. Although baking is his speciality, it isn’t the only thing he can do. He also knows how to do his thing on the savory side of things. Sometimes he even shares pictures and videos of the savory dishes he cooks at home.

Even though Zac loves what he does, he also loves to get free time from work where he can kick back and enjoy life. Traveling is one of his favorite ways to spend his free time and he has gotten the chance to visit lots of cool places. He seems to especially love going to places with warm weather and beautiful beaches. Zac also has an adventurous side and he likes to do things like go swimming, boating, and hiking.

Zac doesn’t have any biological children, but that doesn’t mean he isn’t a father in his own right. He is a proud pet parent who has a cute little Coton de Tulear named Pippin. The name reaches back to Zac’s theater roots and comes from the famous musical of the same name.

When your job involves you constantly being surrounded by food, it’s important to find balance so that you don’t over indulge. This is especially true when you’re always around desserts. Fortunately, Zac loves to workout and exercise is a part of his regular routine.

10. He Is A Brand Ambassador

The combination of TV opportunities mixed with Zac’s culinary talents has resulted in him building a large social media following. Being popular on social media can eventually lead to the chance to work with big brands. Zac is a brand ambassador who has gotten to work with major food brands. Most recently, he made a post advertising a product for Bailey’s.