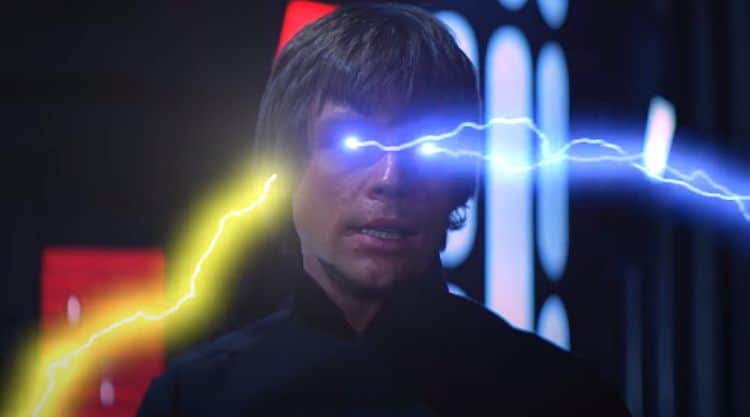 There are reasons why Zack Snyder might do okay when making a Star Wars movie and there are reasons why he shouldn’t even consider it to be realistic since plenty of Snyder fans would likely state that he would be a great storyteller to add to the list of directors that the SW franchise has already had over the years. But the fact is that he does enjoy telling his own story and using whatever universe he’s directing for to do it, meaning that there’s a very big possibility that he would make his Star Wars story into something that would greatly upset a lot of the fans who are still smarting from The Last Jedi and Rise of Skywalker. But when one really looks at things from a different point of view, and I can’t believe I’m saying this, Snyder would be able to write a story that would fit into the franchise no matter what people think. Now granted, if he went in thinking to retcon anything that’s already happened there are people who might support this if he went on to do something within the scope of the most recent trilogy in order to rectify something that had already been documented. Fans have been incredibly divisive when it comes to the most recent trilogy and to be fair, the only thing that a lot of fans have agreed upon is The Mandalorian on Disney+, which has gained a few detractors but not nearly as many as the trilogy has. Whether Snyder could actually make an SW movie and make it work depends on the movie he would want to make since if it’s anything within the Skywalker saga then it’s fair to say that people would either cringe or bristle when thinking about it given that a lot of folks want to see Luke Skywalker restored to being a wise old badass instead of a crusty old, green-milk drinking hermit that’s trying to hide in some dingy corner of the galaxy.

There’s simply too much galaxy in SW to say that Snyder couldn’t come up with anything and shouldn’t even try. If anything, he could come up with another story that might fit into the franchise in a very interesting way and could open up SW in a manner that people weren’t expecting. But given that the Snyder Cut has been divisive, and so has Batman vs. Superman, it’s possible that he’s just trying to stay out of the way and not rack up any more hater points from those that have lambasted him over the internet. I’ll admit to stating that giving in to the Snyder Cut wasn’t a great idea and that his style isn’t always as useful as people tend to think, but simply excluding him on the basis of thinking that he would create something that would go completely against the overall storyline is pretty ridiculous. The fact is that Disney has changed SW so much that a lot of fans can hardly recognize the franchise at times, while others are still wondering why in the world George Lucas sold Lucasfilm to the Mouse House in the first place. That question has been answered of course, but to think that Snyder couldn’t make his way into the franchise at all is a bit troublesome since it indicates that a lot of people might not even give him a chance. While I’m not a huge Snyder fan it’s not unheard of for a director to excel in one story and bomb out in others. While Snyder hasn’t exactly bombed out his creations haven’t always had the greatest reception either. Thinking that he could be an asset to the franchise would be a wise thought since he could come in and help to redefine the nature of the franchise in a big way.

Unless something happens to inspire Snyder and push him to join the franchise for at least one movie it’s not bound to happen it sounds like since he doesn’t want to be torn apart by the toxic fanbase that SW, unfortunately, does possess. But he’s also well are of how he does things and he wants to have a little more control over the process it sounds like, rather than be another person that has to step in line and do what’s needed to keep the overall story going and maintain the integrity of various other stories within the franchise. That’s one thing about Star Wars that does require attention on the part of the directors, the need for continuity. Even if some folks don’t happen to recognize such a need it’s something that fans will take note of and will howl at if it’s not followed. So to be certain, Snyder could probably make it work, but you can’t blame the guy for not wanting to take on this particular fanbase.