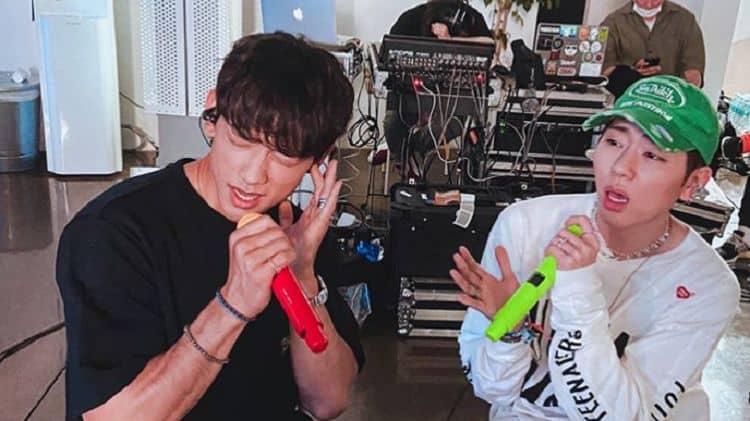 Zico is a rapper, and you might even know him. He got his start a while ago, but he was part of a boy band. He didn’t have a solo career until 2018, which means some people might not have been as familiar with his name then as they are now. He’s one of the most talented South Korean rappers to date, and he’s making a big name for himself. Since he is not showing any signs of slowing down anytime in the near future, we thought we might get to know him a bit more.

You can tell by looking at him that he’s young, but he’s also someone who is not anywhere near as young as he looks. He might look like a guy who is still in his teens, but he’s actually going to turn 28 in 2020. He was born on September 12, 1992. This makes him a 90s baby, which means that his rap game is undoubtedly strong. He grew up with the best of the best.

Many South Korean stars seem to change their names to something more of a stage name than a traditional name when they begin a musical career, and he is not an exception to the rule. He is a man who changed his name to Zico because he didn’t want to use his real name, which is Woo Ji-ho.

Born and raised in Dohwa, Seoul. He and his family lived there much of his childhood, but he ended up moving around a lot later in his life. He’s been on the move for many years, but that is what happens when you have a career as successful as his own.

From the time he was at least a teen, he’s been interested in music. We know this because he went to a high school that specializes in music. He attended the Seoul Music High School. He was a Vocal Performance major, which we think is nothing short of totally amazing when you’re only in high school.

Once he was done with his high school career, this is a singer who went elsewhere to learn a bit more. He went to Canada and China, and he also spent time in Japan. Japan was a place he stayed for almost three years. He only spent about a year in China and a year in Canada.

He considers himself a devout Roman Catholic, too. He has a baptismal name. It’s John the Apostle, which he decided later in life to have tattooed on his body. He’s a man who has a strong faith, and he is someone who doesn’t let anything else get in the way of his faith. We love that about him, and we are happy to know that he’s continued to practice as he grew older.

7. He Has Several Tattoos

In addition to the religious tattoo on his chest, he also has a tattoo of his mother. It’s on his chest, and it has a phrase beneath it. That phrase is “God Save Paulus,” which is something that is special to him. Again, it’s clear that he is a young man who is close to both his family and to God. We love that about him.

8. His Brother is Also a Musical Talent

He’s got a lot going on in his life, but so does his brother. His brother is Woo Tae-woon. He’s a member of a group called Speed. Speed is what is considered an idol group, which is something pretty cool in and of itself. This is clearly a family of exceptionally talented young men.

What we love about this kind of artist is that you never know what you are going to get. He’s a man who draws his musical inspiration from whomever it is he is loving in the moment. He might one day like a specific artist more than another and listen to that for a while. You will notice his musical talents lean more than direction than others in a given time, but he always goes back and forth between different genres and such. That’s a cool thing to be able to do. That’s so inspirational for him, and it brings that kind of inspiration to his music.

Zico is a musician who can look back at his musical talents and feel proud of them in so many ways. He’s someone who feels good about his life, who feels good about how he is doing, and who is happy with how far he has come. He’s been in the middle of some amazing work, and he’s done a great job. He knows this, he appreciates this, and he takes nothing for granted.