Home
Movies
Zoe Kravitz is Cast as Catwoman: Is it a Good Fit? 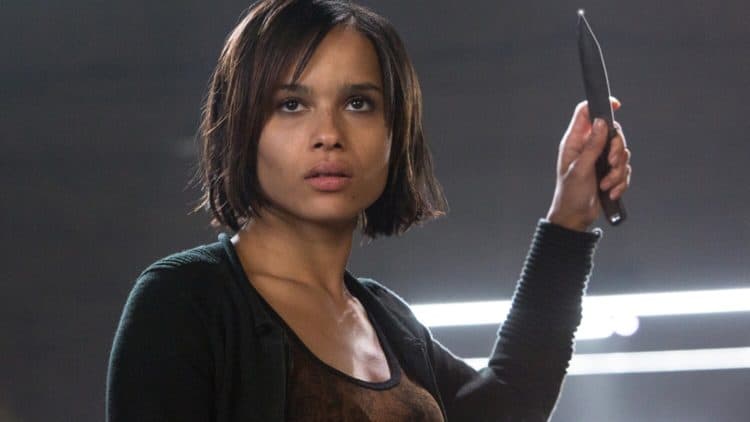 Asking if someone is a good fit for a superhero role isn’t something you can just say yes or no to, but as far as being able to look the part it does seem as though Zoe Kravitz might be able to do the suit justice since she’s got the look for it. Now it’s a matter of whether she can pull off the part of Selena Kyle or not, or if she’s going to come up short. Joey Paur of GeekTyrant has chimed in on this matter along with many others as it would seem that her casting has brought up speculation as to whether she can really do this or not, though if you look at her resume it does seem as though she might have a pretty good shot. So far a lot of people seem to think that she’ll fit the role just fine and that there’s no need worry over it. If there’s any criticism, and there’s bound to be since unfortunately putting a person of color in a role that’s been dominated by a white person for a long time is going to bring out those that have something to say, it’s that she might need to think about really wrapping her head around the character a bit in order to take on her mannerisms.

Let’s think about who’s played Catwoman shall we? Julie Newmar immediately springs to mind, but then so do Halle Berry, Anne Hathaway, Michelle Pfeiffer, and even Eartha Kitt. There have been many voice actors for the burglar as well, and most of them have been white. It’s not surprising to think that Catwoman can be taken on by a black woman but it’s enough to know that some people are going to have a few things to say about it. Personally I don’t care who plays who, just do a good job and further the story in a way that makes sense and doesn’t bring it crashing down around your ears. I’ll fully admit that I’m still not on board with Robert Pattinson playing Batman and the mere thought of Jonah Hill coming anywhere near the set seems like it’s one of the worst ideas in present history. But Jeffrey Wright as Commissioner Gordon does seem like it might be an interesting bit of fun. The only reason it’s possible to get hung up on what color the characters are is the simple fact that originally they were written in as one color and now things are being shaken up by casting people of different color. For some, like myself, it’s the utter lack of continuity that seems to damage the story at times, though there’s nothing to say that Zoe and Jeffrey won’t do a good job. If they do, then the criticisms need to end before they ever get started since someone making something great out of an already treasured story should be rewarded with respect and nothing less.

But if you want to look back at the faults of those that have played Catwoman then it’s not too hard to note that Berry’s version was a straight up flop, not because of her color and likely not because of her outfit, but because the movie was just horrible. In fact Chris Sims of Looper has even put her down as the worst of the bunch. Pfeiffer had a little more success as she had Michael Keaton, Danny DeVito, and Christopher Walken to take the heat off of her acting a bit, but it also had the effect of making her a little more convincing. Hathaway was just, well, she had her moments when she seemed downright seductive and even a bit dangerous, but those moments passed like a breath on the wind, and she became just another burglar in a skin-tight suit that didn’t mind kicking the legs out from beneath a half-crippled Bruce Wayne, or feeding Batman to a monster like Bane. Kitt and Newmar are old school and a lot of what they delivered can at least be forgiven for the corny lines and lack of real action due to the fact that they were a part of a TV series whose idea was decades before its time. In fact the only Catwoman that’s really been convincing, I’m not counting Camren Bicondova from Gotham since her character never fully developed, has been Pfeiffer, and a lot of people would agree that Batman Returns isn’t really the epitome of what Batman movies are all about.

Truthfully, Zoe could make this role into something that might actually connect with the fans, but seeing as how she’s already got the part it’d be wise to study up as much as she possibly can to insure that she has the attitude and characteristics of Catwoman down and can therefore bring her A game to play with. It’ll be fun to watch no doubt, and chances are she’ll do just fine.