Home
Movies
Are We Ever Going to See a “Zootopia 2?” 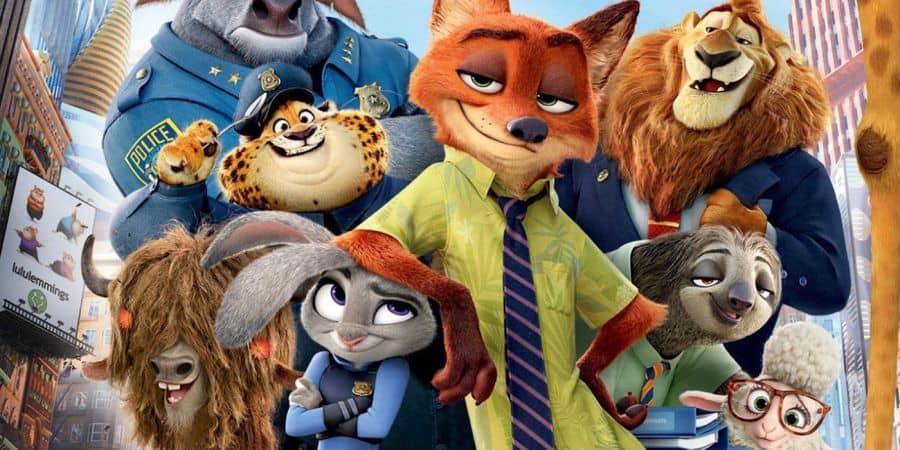 If you look on the internet, and we all know how reliable it can be (eye roll) you’d see that there are plans to bring Zootopia back into the mix as soon as 2021, which is to say not that soon, but not that far out either. Many people happened to have loved Zootopia even if some folks had to claim that there racial undertones throughout the entire movie. Yes, there probably were, but in truth it stuck closer to real life as it is now than anything else. The good and the bad were represented and tossed in with the overly dramatic and campy to create a movie that was as close to the real world as a cartoon about walking, talking animals can be. To think that a sequel is coming isn’t too surprising, but it is kind of confusing in some ways.

Here are a few reasons why it could be a good and a bad thing to see this sequel come out.

Sequels are still notorious for not being as good as the original movie, though a lot of films are doing their best to break this trend. Zootopia however, like a lot of animated movies, is looking at a big uphill battle when it comes to making sure that the sequel will come close to the original’s success and possibly top it. There are a lot of stories to be told in Zootopia no doubt, but this also means that in order to get as many animals involved as possible the story being told has to be as broad as possible but still able to narrow down to a plot line that will be inclusive to many. How a sequel is going to do this without seeming like it’s the same plot in a different wrapping has to yet to be seen.

The rumor is that they’re bringing back a lot of the characters from the original.

Keep in mind that no one died in this movie, at least no one that couldn’t be replaced. Yes that sounds horrible, but the main characters are still there and in one piece. Nick and Judy will be there, so will Bellweather. It all depends on how the story’s going to go as to how many others will be on the cast. Some are a necessity however and if they weren’t available then the story would have to adapt and find a different route to go. But one thing is certain, the core group of characters will most likely be there and so there is a chance for the movie to be made in the first place. The only challenge now is to find out just what they’re going to do and who the big bad is going to be this time.

The studio should be able to bank on the popularity of the first movie.

They should be able to, but there’s really no telling if they’ll be able to count on the same numbers they saw with the original movie. If you really want the right of it, many kids still remember Zootopia, but not as many of them are going to flock to the sequel until it starts showing signs of coming out. Even early glimpses aren’t going to be enough to keep peoples’ attention until the whole thing is just about ready to unveil. The reason for this is that once Zootopia was no longer the big thing a lot of kids moved on to the next big thing as they’re wont to do. The problem with this is that with some things that come and go kids tend to stick with them. Zootopia doesn’t seem like it’s that kind of movie. It’s more along the lines of being a movie that’s loved when it’s there and almost disregarded when it’s not.

There’s a rumor that Mike Meyers will be voicing a character.

It could be something a fan cooked up or it could be real, but Mike Meyers would be a huge addition to a movie like this since his voice is so well known and respected when it comes to his characters. Who he’d play isn’t really known unless you want to search it out and rely on the information you get, but pretty much any part he plays is going to be funny and so well done that he might run the risk of overshadowing a few of the other actors. But then again it seems like Mike Meyers hasn’t been doing much as of late, so maybe it would be a good thing to get him back in the studio and doing something that helped to create yet another part of his legend.

It goes without saying that people would flock to the theaters for a chance to see this sequel, but they’ve got a few years to wait yet.