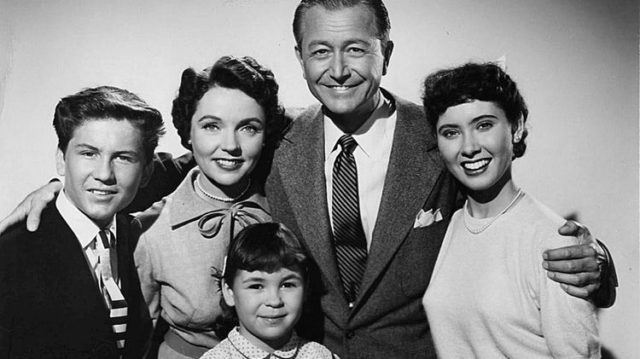 It’s kind of easy to remember older actors like Elinore Donahue when you realize that they’ve been popping up in modern day shows or films that have come in the last ten to twenty years. Of course a lot of times their names and faces are only going to be known by those that saw them way back when and can recognize them now, but once the credits roll and their names pop up it gets a little easier to go back and see just where they showed up. Donahue has been entertaining audiences for over six decades and is still active at this point. Some people retire while others tend to keep going and doing what they absolutely love to do so long as they can manage. For many actors it’s a pleasure to keep doing something that’s given them so much joy throughout their lives, especially when they’re still physically able to do so. A lot of old actors have been passing on as of late but Donahue is still around and still showing us just what made her so great whenever she decides to show herself. Obviously she’s not quite as spry as she used to be but her wit and her intelligence haven’t dulled a single bit.

Just because a person gets old doesn’t mean they automatically get feeble.

It seems that her parents didn’t want to rest on their laurels and just let Elinore be a kid. Perhaps they figured she was destined for greatness or maybe they saw a chance to make her into something right away rather than wait and see if she’d be into it. Thankfully their attempts paid off since Elinore seemed to take to dancing like a fish to water and eventually as she grew she was able to do more and more on her own and found out that she was really good at it.

9. She started appearing in films at the age of 5.

This might seem to be too young for some people to believe at times but considering how young kids are started out these days and the fact that it’s been happening for so long it really should be seen as commonplace. Young kids might need a little more coaching, a lot in some cases, but they’re completely capable of performing a role.

8. She played on Father Knows Best.

She was the older daughter, Betty, and obviously she was a main character. She stayed with this show until 1960 before moving on but was no doubt remembered quite well for the part. She even got to perform her dancing skills on the show at one point.

7. She has a very modest amount of films to her name.

There have been periods of time, sometimes decades, between her film roles. This had largely to do it seems with the fact that she went back to TV where she seemed to be a bit more comfortable. Some people simply like the feel of being on TV where others want the spotlight of movies. Elinore seemed fairly comfortable with both but definitely preferred the small screen it would seem.

While there’s a long period of time in between her film appearances there’s only a couple to a handful of years in between her TV appearances. She obviously took to the small screen in a way that was far more comfortable to her. It could be, as some have said, there’s a definite sense of community to TV. If one lands a spot, even a recurring or guest star role on a show, the sense of community is a lot stronger with a TV cast than with a movie cast. This has happened in movies of course but it seems far more likely to occur in TV.

5. She had a role in one of the Nightmare on Elm Street movies.

It was a very small role but she got to play a woman in the orphanage in the horror flick. Seeing as how the mental asylum and the orphanage were pivotal scenes at times such roles were important but never really fleshed out as much. It was likely something to do for another gig and a paycheck since a lot of people wouldn’t have been likely to recognize her.

4. She was featured in the show Coach.

Elinore played the role of Luther Van Dam’s girlfriend in season five of Coach. Like a lot of roles it was short-lived.

3. She was born in Tacoma, Washington.

It’s fair to say that she didn’t stick around but she’s Washington-born at least. There have been a few noted celebrities born in Washington throughout the years.

Her role was that of pharmacist Ellie Walker and she was the first serious romantic interest for the sheriff. She asked to be released from her three-year contract after one season though.

1. Her husband was 24 years older than she was.

This seems to be a thing in Hollywood, but few people ever really ever seem to explain it in great detail.