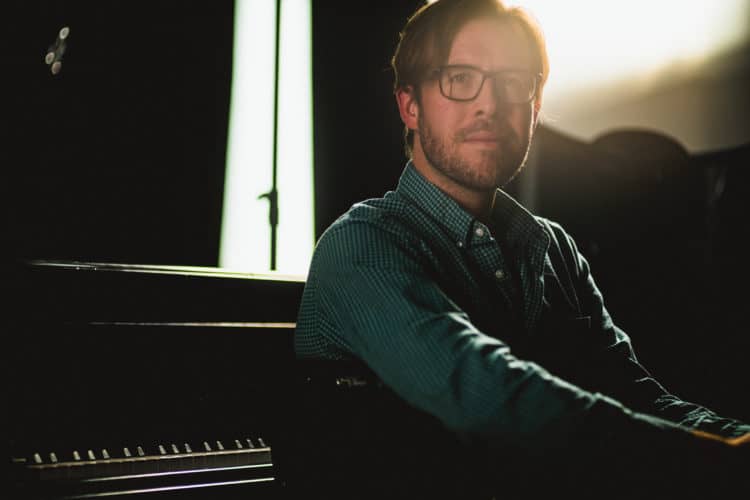 Nick Sasso’s latest Muay Thai drama, Haymaker, comes out this Friday, so ahead of the release we wanted to spotlight one of the film’s creative talents, composer Chris Thomas. Some of Thomas’s other credits include Jeffrey Reddick’s recent horror film Don’t Look Back, Life Gets in the Way and Juke Box Hero. When discussing his approach to Haymaker, Thomas explains, “We decided to let it play as if concert music had been dropped into the movie. The music flows from a very emotional and psychological place, more ambient than interactive.” To learn more about Haymaker and Don’t Look Back, we asked him ten questions, see what he revealed below.

What role did music play in your life when you were growing up?

Music played the most critical role in my life. I was obsessed with all the arts, especially cinema, but music was the only thing I seem to excel at. I loved to practice and spend countless hours on exploring my creativity. My parents are musicians as well, so music was also greatly encouraged around my house. Ultimately, music was my ticket out of the small town I grew up in and off to great colleges and a career.

Your latest project is Nick Sasso’s Haymaker. Can you tell us about the score for this film?

I would say it’s one part a concerto for violin, and another part film score. The music flows from a very emotional and psychological place, more ambient than interactive. The music reflects our main characters inner voice, translating what he struggles to verbally express. We decided to let it play as if concert music had been dropped into the movie.

Is there an element of the Haymaker score you are most proud of?

Yes, it is the unconventional creative process that was unique to this film. Nick described wanting “more of a violin concerto than a film score.” That is what we did. I’m often very attentive to syncing music very carefully to changes in picture. In Haymaker, we decided to let picture play more naturally and allow the music to be more present than interactive. Before I started scoring to picture, we even worked on a concert suite of themes that would lead the score. It was a test run to see how smoothly the melodies could blend together. We called it the “Awakening Theme,” which was used in the movie and is the opening track on the Haymaker album.

Can you talk about your collaboration with Haymaker director Nick Sasso. How involved was he with the scoring process?

I worked very closely with Nick. I would send Nick every draft new music, and he would help me shape the sound until the music captured his vision for the scene. On many occasions he guided me toward a very specific tone I didn’t yet understand. Every time I found the sound he envisioned, only then did I realize how brilliantly it worked with the scene. It was a great collaboration!

Did you score Haymaker in chronological order? What is your philosophy on this? Does it help you to jump around to the most important scenes at the end of your time on a project?

I always jump around in my scoring process. Often, I pick three scenes that are very intimate and revealing about a main character. In those moments, you really learn who they are at heart. If you can capture the music in those fragile moments, that tune will translate to every other scene. After those intimate moments, I’ll often start at the beginning and score the film straight through. That said, Haymaker had one major difference – we went through a theme testing phase with the “Awakening” suite.

What do you think audiences will be most surprised about after seeing Haymaker?

For me, it was that we have a stellar co-star who is a trans woman, and it was not a central facet of her character. She is just a person like every other character in the film. I was so pleased with how the film cast Nomi as herself, and she’s featured for her talents and personality. I was moved by this simple demonstration of acceptance.

Haymaker was a very different process from Don’t Look Back. Don’t Look Back was on a very tight schedule, and we had to be very efficient with our time. The score demanded a lot of tight synchronization (music hitting specific moments, down to the frame), and the film required a high volume of music. Haymaker was a very relaxed scoring schedule, and we had time to play with ideas and develop the “Awakening” suite. The score was used very sparsely, and we had very few synchronizations to picture. Most of the time, the music takes a back seat and allows the picture to drift by.

Since Don’t Look Back has already been released and you won’t be giving anything away, what was your favorite scene to score in that film?

Oh, that’s an easy one! The morgue scene, when that hand emerges out of Caitlin’s hair and crawls onto her face. That freaked me the hell out and still haunts my dreams to this day. Needless to say, I really wanted to nail the music in that scene and was proud of what I ended up with.

What is the film score you consider to be your breakthrough and why?

I consider Woman Rebel to be my first breakthrough moment. It was the first time I scored a film that was shortlisted for an Academy Award (2010). Many notable festivals had passed the film over, but the Academy spotlighted us. It was a work of passion for everybody involved. We all fought so hard to get this movie done. The filmmaker (Kiran Deol) suffered an awful bout of malaria during production, and countless other roadblocks along the way. Her triumph was an inspiration to me!

You not only score films, but you also score amusement park rides. Can you tell us about this?

Theme parks were a surprise development in my life. After attending the Los Angeles Haunted Hayride, I ended up meeting the creative team and writing music for them the next year. After that season of composing, I was asked by more haunted attractions for original scores. Suddenly, major theme parks brought me into their Halloween and holiday shows. After that, I was suddenly an all-purpose theme park and immersive entertainment composer. Words can’t express how much I love doing that work in addition to film!