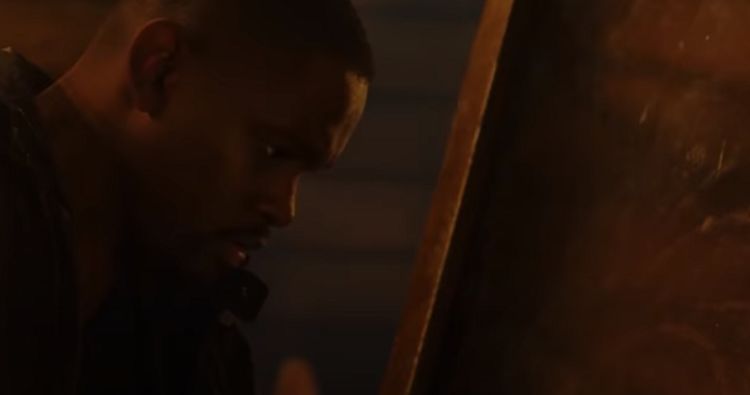 Vertical Entertainment’s sci-fi/thriller, Parallel, is getting released today, so in honor of the release, we spoke to the film’s accomplished composer Edy Lan. Below he answered 10 questions, not only about Parallel, but about his love for Bernard Herrmann and his previous Grammy nomination.

-What was the initial appeal of Parallel for you? What did you think when you first read the script?

The appeal was that it was clearly a grounded character driven sci fi film. The best sci fi in my mind is always allegorical and this was certainly the case with PARALLEL. I was really into the script, I thought it was well thought out, especially in its approach to the genre having our “startup crowd” as our main characters. I was also pretty keen on the idea of an ensemble cast and their individual character arcs.

-Were there any specific challenges with scoring Parallel?

Finding the right tone, being that the movie blends genres a bit and becomes increasingly darker.

Another element was trying to nail what Isaac and I referred to as “the classic meets the modern.”

-You have worked with Parallel director, Isaac Ezban, a few times. How was working together on Parallel, different than other projects you have worked on in the past?

I think the main differences were 2.

1) we were used to having no input from producers back in Mexico, and Isaac’s vision was the only guiding principle along with my input and our frequent back and forth on what is right and what isn’t. We have very “heated” discussions which is a testament to his willingness to collaborate.

2) again, the tone and scope needed weren’t necessarily as clear cut as in his previous films where for example in THE SIMILARS, it was a throwback and love letter to the sci fi of the 50’s and 60’s.

-Instrumentally, did you know right away the sound you wanted for the film? If not, how did you decide?

I had very clear instincts that were then refined. There was also some convincing that had to be done with Isaac in terms of size, tone and scope. But I always thought the sound palette was very important.

-What instrument(s) did you find were key in this particular story to set the tone or musical theme you all were striving to achieve for Parallel?

There’s a slightly de-tuned piano and a few samples I did that were crucial, but also the sound of a smaller string orchestra with particular bowings.

-Did you find your score changed at all from the beginning of the film to the end? If so, can you talk about how?

Well, the score gradually turns up the notch in terms of scope and intensity. I’m also obsessed with developing very small ideas and having everything spawn out of them, so that happens a lot by the end of the film. One of my secret goals was to present an accompaniment that would become thematic.

-You earned a Grammy nomination a few years ago. Why do you think your score for that project resonated so much with people?

Well, that was an orchestral arrangement I did for a very famous Latin urban artist and the idea was to fuse those two worlds, I think that resonated with the community a lot. We felt it elevated the genre somewhat in terms of instrumental scope and “epicness”. Additionally, the song is about breast cancer battlers and survivors, which was the reason I was first enticed to work on the project, I think that also resonated with listeners. But again, the fusion being the first of its kind was a big part of it.

-What would you say is your “signature sound”?

Wow, that’s a very tough question and something that listeners are maybe more qualified to answer, but I would say that I think there’s an intensity and maybe a “classic” vibe to what I do thematically, even when I work in more modern settings. And my orchestration tends to be VERY important to me, which is why I do all orchestrations myself. THE SIMILARS, for example, even though it has a “Golden Era of Hollywood” vibe to it (as some people have described it), it has a non-standard orchestral line up. But I was in love with the orchestra since I was a kid, so musical color is a very important aspect of my music I think. Finally, I’d say that I consider myself and I try my best to be a storyteller, and that’s the approach I take with my scores which is why I believe “personality“ is a huge deal when it comes to scores and even though I have obvious influences, I try to avoid being generic

-You have scored a lot of advertisements too. How is your approach different to these projects, opposed to films?

Well, the game is different. You have by nature to be even more of a chameleon than you have to in film. You literally have to produce all kinds of music and become proficient, which is why I think it’s a great exercise for composers. Additionally, usually the turnovers are even faster than in films, but more and more I find the two worlds becoming more similar as advertisement has become more and more cinematic. But the temp score is even more prevalent in ads in my experience.

-You are a big Bernard Herrmann fan. Do you have a favorite score of his?

That’s a super hard question. Quoting STAR WARS: “There’s too many of them”, but if I had to pick just one it would probably be either PSYCHO or VERTIGO. PSYCHO has everything that made him absolutely great.