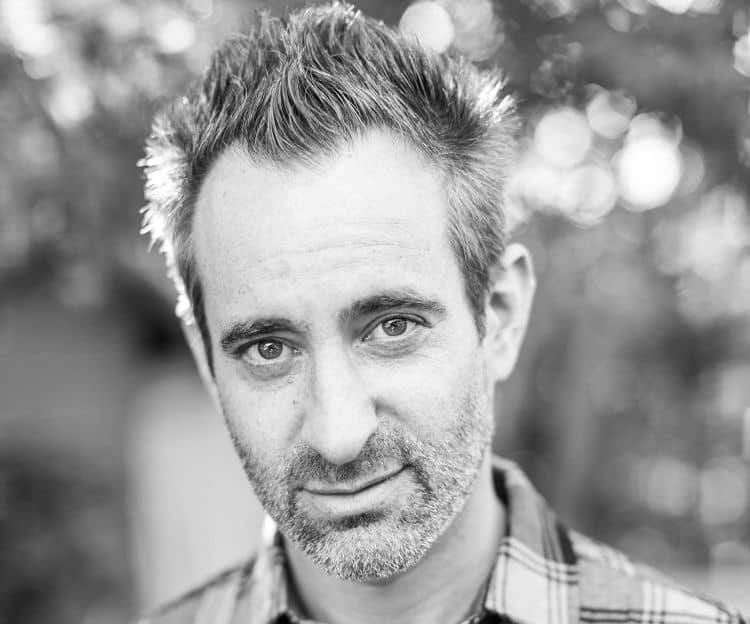 Composer Alec Puro has scored everything from Netflix’s zombie horror series Black Summer to Hulu’s animated kid show, The Mighty Ones. His latest project is Kevin James’ NASCAR comedy The Crew, which recently premiered on Netflix. To celebrate the release of The Crew, we asked him the below ten questions about everything from his company, Gramoscope Music, to his songs that have been featured on Glee and Burn Notice.

-You are scoring three shows right now, Netflix’s The Crew & Black Summer and Hulu’s The Mighty Ones. These shows are very different in genres, but do they share anything in common musically?

I would say that The Crew and The Mighty Ones have some similarities in terms of their instrumentation, organic approach and being more in line with a live band sounding score.  Black Summer has a very dark atmospheric electronic soundscape type of sound that is a lot different than those shows.

-You have said that the score for The Crew has a very 70s rock vibe. Your band, Deadsy, obviously wasn’t in the 70s, but it is in the rock realm. Do you think your days in the band inspired any of your compositions for The Crew?

Deadsy has a very heavy futuristic type of sound which doesn’t really fall in line with my score from The Crew.  But in my early days I got to play with and learn from artists like Robby Krieger (The Doors), Jackson Browne, etc, and that type of sound definitely informed more of the direction I went in when composing the score for The Crew.

-Do you find that because The Mighty Ones is animation, you have to create more music for it?

Definitely, there is a lot more music to be composed when scoring an animated series.  There tends to be a lot more continuous action that needs to be underscored throughout each episode.

-How is scoring an animation series different than a live action series?

My approach in terms of writing for animation is similar to how I would write for any other project, except with an animated series like we touched on above, there is a lot more music needed to keep things moving.  The cool thing about the score for The Mighty Ones is that this show has a full garage rock sound. A couple of the main characters are in a band and they can’t really play that well, so my job is to compose the score from their point of view as if they were jamming on every cue. It’s super fun to keep things loose and maybe not do a second take of something to make it a little more perfect, which I would normally do. The score is totally organic so it’s a lot of fun to be playing drums, guitar, etc on all the cues. The score definitely has its own cool vibe and really works well for the show.

–Black Summer is a horror, zombie series. Projects in this realm tend to rely on the score to tell the audience when something bad is about to happen or to accentuate jump scares. Do you find this the case with Black Summer?

We definitely provide the occasional jump scare but with Black Summer I take the opposite approach and create a more minimalistic atmospheric/ambient sound which I feel really helps enhance what’s happening on screen. I work very closely with the sound designers on the show to create a seamless soundscape between the score and sound design that doesn’t distract from what’s happening in any given scene but enhances everything in a realistic and terrifying way. The score and sound design become one at many points which really helps build the anxiety and danger in a scene. Since the show is so engaging on its own, my goal with the music is to support and enhance that tension or anxiety in a scene without being distracting or even sometimes noticing there is any music at all.

-Does your score for Black Summer adapt with the story as the season goes on?

Definitely!  In Season 2 of Black Summer there is a whole new set of themes that reflect the new surroundings and characters within the show.  I’m also building upon previous themes from season 1 so the sound of the show continues to evolve as we go.

-Do you work very closely with the sound designers on your three shows right now?

I work really closely with the sound designers on Black Summer.  The score and sound design become one at many points so we communicate a lot about what frequencies the score should take up to stay out of the way of the other sound design frequencies, etc. In the end we want all the sound to work together to create a very uneasy feeling throughout the series.

-Can you talk about your company Gramoscope Music? Why did you decide to start this company?

Gramoscope Music is a full-service music production company with an extensive and diverse music catalog for licensing in film, television and all other forms of media. I created Gramoscope Music because early on in my career there could be significant downtime between scoring a film or scripted show. I never knew how long that downtime would last and, in some cases, it lasted long enough that I wouldn’t be able to pay my rent. Starting Gramoscope Music has given me the creative freedom to explore various film and television projects I might not have been able to do without the support of the company and my team.

-You have performed songs that have been featured on shows such as Glee, The Americans and Burn Notice. Has then been through your company? How did you get connected to all these projects?

Some of those opportunities have come through Gramoscope but most of them have come through me.  I’ve been composing for over twenty years so I have made a lot of long-term relationships with different people I have worked with over the years.  I make a point to reach out to different people daily, try to connect the dots on different projects and opportunities and I always put as much out there as possible…because you never know what might come back.

-You have scored films such as The Art of Getting By and All Nighter. What are the biggest differences between scoring a tv series and a feature film?

I guess the biggest difference between scoring a film and a TV series is that when you score a film, you are afforded a lot more time to create the score as opposed to the fast-paced schedule of TV.  I feel like the most challenging and important thing when composing for either Film or TV is finding the right melodic themes that support what’s happening on screen.