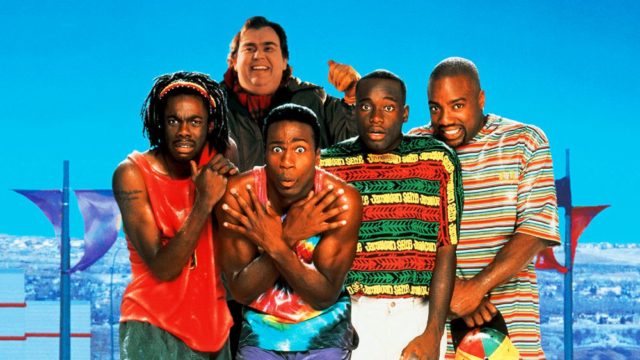 Cool Runnings is based on the true story of the first Jamaican bobsled team to ever compete in the Winter Olympics. While there’s a lot about the film that wasn’t completely accurate it was still a very fun and engaging movie that a lot of people enjoyed mostly because it put a positive spin on something that took the athletes a great deal of time and effort to accomplish. Since their first time however Jamaica has been involved with the Olympics quite frequently, and in fact have done quite well in many showings. The movie though was something special because it showed a lot of heart and determination.

It was also one of the last times that John Candy would be seen in film before his passing.

10. Unlike in the film, the Jamaican bobsled team was welcomed to the Olympics with open arms.

They were not shunned as you see in the film, but given leave to compete as they would no matter that it might have been something of a difficulty for them.

In truth it’s more of a safety concern since the weight of the sled is very important when going around bends and in keeping control throughout the run. There is a maximum and minimum amount of weight allowed for the sled.

Denzel Washington and Eddie Murphy turned down the roles of Chatrice and Sanka due to the fact that they weren’t offered enough.

7. There’s actual footage from the 1988 Winter Olympic games in the film.

Some of those moments you see caught on camera are actual shots of the racers as they were back in the 80’s.

6. John Candy was the only original cast member considered for the film.

The producers had a plan on who to bring in for the racers and their coach, but Candy was the only guy that came through eventually.

5. This event took place at the same time as Eddie the Eagle.

In the film Eddie the Eagle there’s even a reference made to the Jamaican bobsled team.

4. Every character in the movie was fictional and were not based on the real characters.

This movie was based on the real story but the producers decided to fictionalize the characters in order to make the film something that could stand on its own.

When you think about the crashes that the team goes through so often you can honestly state that Sanka would have gone through a carton of eggs at one point just trying to keep his lucky egg intact.

2. The crash scene was the actual footage of the crash that occurred in 1988.

Despite movie magic it’s pretty easy to see from the picture that what you’re seeing was what was really happening.

1. The crash wasn’t due to a mechanical error.Â

It was more or less do to the loss of control that occurred when coming around one bend, which then turned into a problem that couldn’t be fixed and resulted in the crash.

Despite their rocky start Jamaica has done well in the bobsled race ever since.