Home
Movies
10 Things You Didn’t Know about “The Gate” 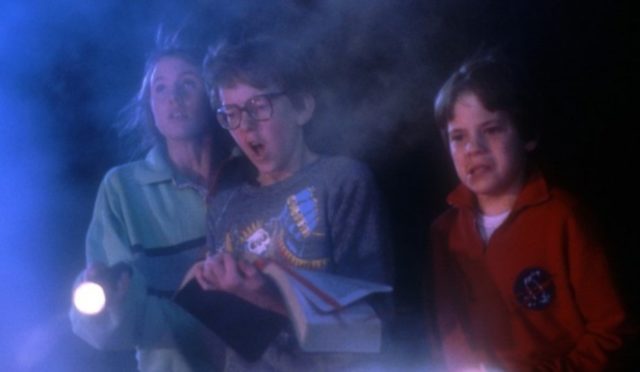 In 1987 a movie came out that was deemed an instant horror classic since it did pretty good on a modest budget and was scary enough to give kids and even adults nightmares after watching it. Looking back at The Gate now it definitely took full advantage of the special effects of the time and yet still managed to bring a cheesy subject into the limelight with a vaguely serious lean that made people treat it as something other than a campy horror flick. Comparing it to anything made today isn’t fair obviously since the advent of CGI and even better acting has made that kind of impossible. But back then, The Gate was one of the scariest movies around.

Here are a few things you might not have known, or remembered about it. It’s been 30 years after all.

The bespectacled young kid that was so into heavy metal thrash music grew up to be the guy that you generally don’t hang out with unless you’re into the same scene he is, which looks a little freaky according to pictures.

9. The Sacrifyx band is not real.

The Dark Book was created by a Canadian thrash metal band called Sacrifice. Obviously they’re not into summoning demons with their music.

The girls that are involved in the movie seem to favor the Psalms in which David asked God to protect him from his enemies. How did that work out you think?

7. A big chunk of the house was fake.

A good part of the back of the house had to be built to accommodate the scene in which the demons are chasing the kids up the staircase.

6. The backyard scenes had to be shot in a studio.

Since the house that was used was in the middle of a new housing development that was going up parts of the backyard scenes had to be shot in a studio to keep from having to deal with the new construction.

5. The original script was a lot darker.

The studio didn’t think that the script, which was essentially quite violent and had a much more evil lean, would make for a widely accepted movie.

The screenwriter decided to go off of a lot of his own personal experiences and emotions for this film, that’s why the script was changed in very big ways.

3. The hand with the eye in it belonged to the special effects guy.

That’s right, this hand did not belong to a 12-year old. It was the hand of the special effects guy. He also did the effects for a good number of other films as well.

Can you believe that was Stephen Dorff at age 12? I had to look again just to be sure.

1. There was absolutely no CGI.

CGI started becoming a thing in the 1970’s, so there’s no point in saying that it wasn’t around yet. But this movie used forced perspective instead of CGI, which could have upended the budget like nothing else could. The tiny demons were actually actors in rubber suits that were staged well below and only a little ways away from the main actors. Kind of a trip how it was done, right?

Now tell me honestly, how much of this did you know?