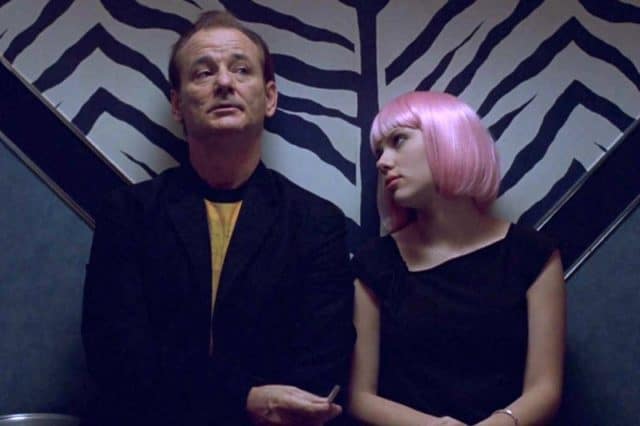 Lost in Translation is more or less a story about human connection and what it means to people no matter their age, social status, or anything else. The bond that people form between each other is something uniquely important as it remains a lasting link to their own humanity and what it means to be a real person. When Bob and Charlotte find each other in the hotel, it’s nothing sexual, nothing even remotely harmful to either of their personal lives, but it’s something deep and meaningful that develops that sustains them both and gives them a reason to keep going with the lives they lead.

It’s about connection, and what it means to keep it strong.

10. Sofia Coppola said that the movie was for Bill Murray only.

She went so far as to say that if she hadn’t been able to get Murray she probably wouldn’t have gone ahead with the film.

9. Scarlett Johansson was only 17 at the time of filming.

I’m not sure if she had to have a parent on hand or not but it might have been a bit awkward during the kissing scene.

8. The show had a $4 million dollar budget.Â

It ended up making well over $44 million dollars in North America and well over $100 million worldwide. That’s not a bad return at all.

7. The jazz singer is a real performer.

Coppola had noticed her before and was impressed by her singing skills. Eventually someone she knew tracked her down and wondered if she would want to work with her.

6. At one point the crew was almost arrested.

They were filming in Tokyo and at the Shubuya Crossing when they were threatened with arrest. Perhaps they forgot to obtain the correct permits.

5. Johansson was born the same year that Ghostbusters was released.

That’s quite the age gap since Murray had to be in his thirties at the very least for that film.

4. The kiss at the end of the movie was an ad-libbed part.

It wasn’t in the script at all but the actors felt that it would be a pleasant addition to the scene and so pulled it off quite well. I wonder what Scarlett’s parents thought.

3. The white doily seat covers seen in the limos and taxis are pretty common.

They’re used extensively to protect against wear and tear on the cushions and to keep them looking nice. Considering how many people likely use such transportation it seems like a good idea.

2. Bob and Charlotte are staying at the Park Hyatt Tokyo.

As you can imagine it’s a very swanky and impressive hotel that costs a bundle to stay at and is one of the more exclusive spots in the city.

1. Bill Murray said this is the favorite of all his own films.Â

That might come as a surprise to a lot of people considering how many films he’s actually done and how many have gotten such a positive response. But perhaps it’s because this was a nice change of pace for him.

It’s a different kind of movie for him, that’s for certain.