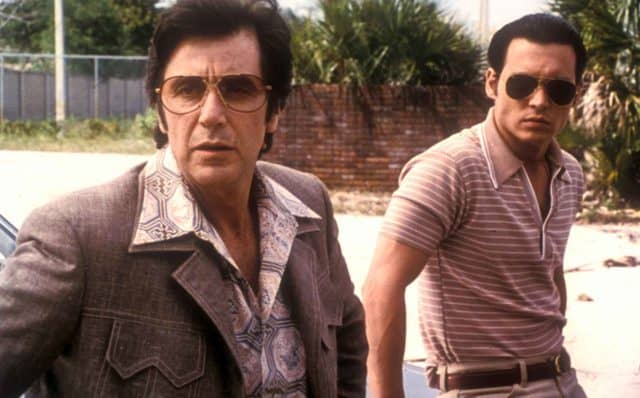 The reality of Donnie Brasco is based around the true story of Joe Pistone, an FBI agent that went deep undercover to infiltrate one of the most influential crime families in America back in the mid to late 1970’s. Pistone was so successful that he didn’t just affect the Bonnano family that he’d been trying to infiltrate, but had a profound effect upon the rest of the Mafia as well. In short, he showed the Mafia that they could be in fact be infiltrated and created a serious breach that they weren’t aware existed.

But there are a few things you might not have known about the film even after watching it.

10. The real operation was supposed last six months. It went on for six years.

Pistone went so deep into the cover of Donnie Brasco that he eventually had to be pulled out. Upon that time it was released to the families that he was actually an FBI agent.

9. The Bonnano family was kicked out of the Mafia Commission due to the security breach.

It’s rare that family gets kicked out of the Commission for anything but the most egregious of crimes. This however was simply too much and strangely enough it actually benefited the Bonnano family when the Commission was all but torn apart later on.

8. The real Donnie Brasco still lives far away from any cities that have mob activity.

Pistone has to avoid any city that might have mob activity since he still has a contract out on his life. To this day he still lives under an assumed name and he’s moved more than once or twice.

7. The director actually visited a bar that was frequented by wise guys.

He saw such things as a juke box that only played Sinatra records and a phone that had a label on it stating that it was bugged. Understandably the regulars in the bar didn’t trust him.

6. It was a transition film for Johnny Depp.

He was no longer the rebellious boy that had yet to become a man. This film established him as a serious contender in the film industry.

5. The real Donnie Brasco actually lauded Depp as being spot on with his role.

Pistone said that when he closed his eyes and listened he couldn’t tell if it was Johnny Depp talking or if he was listening to himself.

4. Much of Pacino’s character was left to his own style.

Pistone didn’t really approve of Pacino’s representation of Lefty, but didn’t have much say about it.

3. Pacino’s character really did have a pet lion.

Imagine someone strolling down the street with a lion on a leash. Nowadays PETA would be on you before you got a single block.

2. The real Lefty Ruggiero was arrested before he could be killed.

Lefty went to prison but never ratted anyone out. The contract on his life was taken off after this, and he passed away in 1994, a year before the film was released.

1. Michael Madsen loved the film but not the pay.Â

Madsen, who played the role of Sonny Black, says he enjoyed his part in the movie but that it wasn’t a big payday. Most of the money went to Pacino and Depp.

So how many facts did you know?