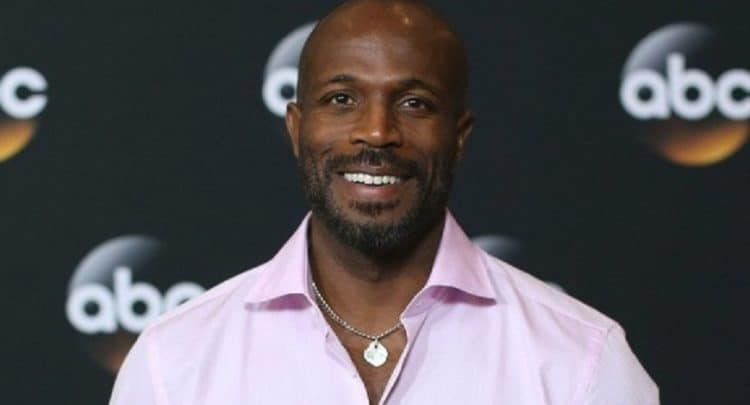 There are a lot of actors in Hollywood that a person might recognize from a glance only to realize that they’re either jumped-up extras or are in fact valid stars but just don’t seem to have done as much as they think. Billy Brown has done a fair share of work in show business but at the risk of downplaying his legacy he’s also been an extra quite few times, someone that just kind of shows up to do something and is then on his way to never be seen again in the movie or show. But throughout the last decade or so he’s been showing out a lot more when it comes to various roles and has managed to become a regular character on a few programs. He’s even managed to find his way into a leading role in a movie and been seen as someone that people now recognize for one role or another, so he’s doing fine for the most part.

Here are a few things you might not have known about Billy.

10. His voice has been used for US Marines commercials.

You might not pay a lot of attention to these commercials or you might follow them pretty close if you know a Marine or aspire to be one. But in a lot of the commercials his voice has been used as the narrator. The only thing is that a lot of people probably pay more attention to the action on the screen rather than his words.

Being the lead is no joke since it means you’ve reached a peak in your career that means you’re someone that people want to deal with on a very high level. Starring with Taraji P. Hensen as well is no joke since the lady has been on a roll for a while now and can likely help to elevate anyone’s career so long as they can hang with her. So far it seems as though Billy’s done just fine.

8. He played August Marks in Sons of Anarchy.

August was likely one of those that did the most damage to SAMCRO since he was calculating, vicious, and absolutely ruthless in his ambition. He came in during the fifth season of SOA but was taken out shortly before the final episode concluded, a loose end that Jax Teller was tying up for good.

7. Billy has been around since the early 90s.

It kind of makes a person wonder just how frustrating it might be to realize that you’re career isn’t all that bad but it still hasn’t hit a particularly high point yet despite having lasted a decade or more. Obviously Billy has patience though since he’s really been starting to shine.

6. He comes from a wealthy background.

It doesn’t sound as though Billy has ever been hurting for money or had to go hungry as other actors have done in the past, but you can’t really blame him for his background since some folks are in fact born to better lives that can afford them the chance to do what they want when they want to.

This is surprisingly low to be honest but it could be completely accurate since he’s yet to do anything of such importance, aside from the roles he’s taken on, that it could be said to have made him worth a million or more. There’s still time, and he’s been doing great so far in his career, but if this doesn’t rise in the next few years it might be something to wonder about.

4. He’s been far more prolific as a TV star but he has an impressive movie career.

TV really seems to be where Billy has been allowed to expound and do his thing as he has more regular roles from his television work than he’s manage to find in the movies. While he’s starting to get better roles on the big screen it’s still yet to be seen that he’s going to stay a leading man.

3. A lot of Billy’s movie roles have been as an extra.

Extras are necessary after all but a lot of people tend to look right past them and at the lead, perhaps figuring that the extras will come and go as they’re needed. When you think about it though, a lot of great actors have started out as extras.

2. He’s a regular on How to Get Away With Murder.

Billy has been on this show for a while now and it seems as though he’s found a place that he can really excel. The chances are good that he still wants to spend some time in movies but this is where he seems to be best right now.

For a guy in his 40s he looks pretty fit so it really seems safe to say that he might be around for a while yet to come.

He’s the kind of guy that can make you hate his character on TV, but then like them as well for some odd reason.