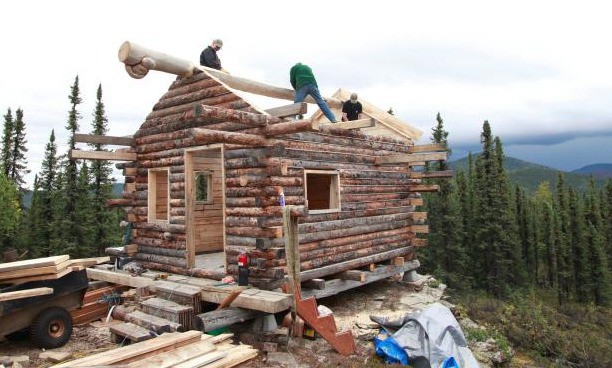 Building Off the Grid is a television show that airs on the Discovery Channel. It has been popular for a couple of years now, with the first episode airing in 2016. The last season consisted of about 12 episodes and anybody that watched even one or two of them could probably get the general consensus concerning the subject matter of the show. However, if you would like to dig a little deeper and find out more, here are 10 things about the show that you might not already be aware of.

1. It’s all about getting something built before weather comes in

The entire premise of the show is to race the clock. It really is about getting something built, whatever the particular task is for that week, before the entire team gets derailed by weather concerns or other issues. If it seems like everybody is always in a hurry, that’s why.

2. Some people have taken issue with the way things get done on the show

Since everybody is always in a hurry, some fans have taken issue with the way things are done on the show because safety isn’t always a major priority. Sometimes you see people running around potentially dangerous areas with no hard hat on and without wearing masks when they’re working with concrete. This has bothered some fans badly enough that they have chosen to speak out because of the lack of safety practices.

3. It has been accused of not showing things in a realistic light

Since things are often done quickly and they’re not always done in the safest manner possible, there have been some people who have accused the show of skipping major points in order to cram everything into time frame of each episode. In other words, they feel like the show doesn’t paint a realistic picture of what it’s really like to build one of these structures. More on that will be discussed later.

4. It’s designed to appeal to people who are just fed up with living life as it is

It turns out, there are a lot of people that sort of like the idea of living off the grid. Maybe it’s because they’re trying to save money or they want to be more environmentally friendly or even more self-sufficient. For the most part, it involves people that are just sick of dealing with the rat race that they’ve dealt with for years and want something different.

5. At the same time, it also appeals to millennials

Because of the reasons that people watch the show, it appeals to older individuals as well as millennials. For anybody that’s looking for something different, it’s a popular option.

6. There’s a lot that goes on behind-the-scenes that viewers never see

Of course there’s plenty of stuff that happens behind the scenes that no one ever sees. It would be impossible to show everything in an hour-long television show. That’s precisely the reason that some people feel like it doesn’t paint a realistic picture. It sort of makes the entire process of building a home off the grid seem a lot easier than it really is.

7. It’s not always about roughing it

If you think that having a home off the grid means that you’re roughing it like you’re on some type of camping trip every day, think again. A lot of these houses are nicer than many houses you would find in town and have most of the amenities you would expect in a modern home. They just go about achieving these things differently.

8. It capitalizes on the do-it-yourself movement

These days the do-it-yourself movement is so popular that you can find it on almost anything. Every time you turn on the TV, somebody’s talking about flipping something or a similar subject. This is just another take on that same idea.

9. Sometimes the show makes it look like it’s easier to build a house than it really is

You might get the idea that you can build one of these structures yourself because people on the show really make it look sort of easy. Keep in mind, this is major construction so there isn’t anything about it that’s easy. If you don’t have previous experience, you’re going to have a hard time going out there and doing all this stuff on your own.

10. The people on the show don’t always get along

As you might have guessed, fights can happen pretty frequently. Whenever you have several people with different ideas that are under the time constraints that exist on the show, it’s a breeding ground for arguments to happen.