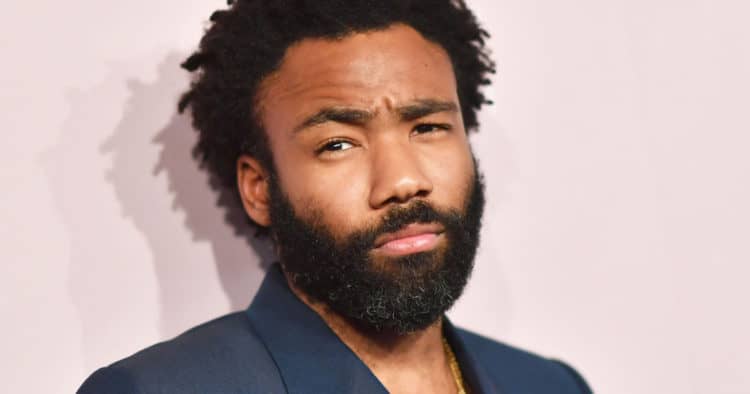 There’s no other way to say it but to admit that Donald Glover is an immensely talented man. He’s been a writer, a producer, an actor, and a rapper among other things and has created the kind of career that not everyone knows about but many upon many have celebrated if they’ve noticed him. A lot of folks might recognize him as of now from a few of the different projects he’s worked on such as Atlanta or even as a young Lando Calrissian in Solo: A Star Wars Story. Glover has been quite prominent since he came out from behind the scenes to finally start putting himself in the spotlight so that his contributions to various projects could be seen and not just noticed in the credits. While has become pretty famous however he is still something of a supporting actor in some projects but has been seen as a stronger character more often than not in some projects.

10. Just so you know, he’s NOT related to Danny Glover.

Despite what people think he is not related to famous star and has said this on more than one occasion. You have to admit there are a lot of names in show business that seem to link a lot of people, but then some names are quite common and others, even though not common, are still shared by a few people that have nothing to do with one another as far as being related goes.

9. He did audition to play the part of Barack Obama on SNL.

Glover lost out on this one but it would seem that it might have been a good thing since it might not have been the right fit. Certain characters really need to be handled by those that can nail the impression just right.

30 Rock was basically a giant spoof on the NBC network and its many shows and was actually well-received by many people that found it to be insanely funny. Glover was the only African-American writer for the show at one time.

7. Amazingly the first toy he was given was a Lando Calrissian figure.

That seems very prophetic in a way since of course he ended up becoming Lando Calrissian in the the recent Solo: A Star Wars Story. Unfortunately the movie wasn’t that big of a hit and it’s still a wonder if there’s going to be another one coming any time soon.

6. He prefers acting to writing.

What he discovered about writing is that there are times when it’s like banging your head against a wall trying to formulate an idea. Acting at least gives you the impression that people are paying attention rather than expecting a great deal out of you.

5. Donald wasn’t too optimistic about getting the job for 30 Rock.

He didn’t think his style was really what they were looking for but Tina Fey believed in him quite a bit and was more than willing to put him on. She even agreed that when he left to become an actor it was something that was meant to be.

4. The show Atlanta was all his idea from start to finish.

The show is about a man that has almost no prospects but is on the lookout for a way to change his fortune and his life as he tries as much as he can to just stay on the level and make things better for himself. It’s one of Glover’s projects that many people happened to notice and like and it did win him a few accolades.

3. He lost the part of Spider-Man to Andrew Garfield.

There was a grass roots movement that tried to get him installed as the next Spider-Man but it didn’t quite pan out. When Miles Morales was created as the next webslinger however it seemed to have drawn on Glover as inspiration for the character.

There is a lot of difference between the east and the west when it comes to getting around and being comfortable. Apparently Donald likes to be where he can have a drink or two and then just take a cab home rather than have to hire an Uber driver. To each their own right?

1. He knew early on that he wanted to do comedy.

There was no doubt in his mind when he got into the business that he wanted to do comedy, but it’s been shown that he can do more than this throughout the years as well since he’s been able to perform comedy, drama, and even a bit of the rascally side of his nature.

He’s done a lot in his career at this point and it would seem that only the stuff he’s done as an actor has really been noticed by a lot of people.