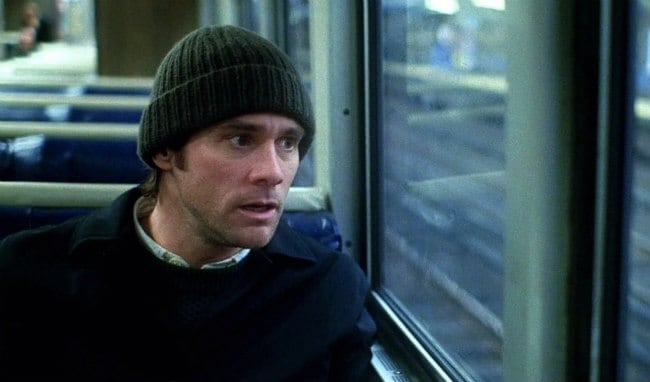 By now a lot of people might think they’re experts on Jim Carrey or perhaps think that they know enough about him to talk about the man and his exploits. But there is still a lot to Jim that a good number of people don’t know and it’s largely because he’ll show you what he wants you to see without giving away everything. His sense of humor and his ability to perform are great enough that he can put on a mask whenever he pleases and amuse a crowd like no one else. He hasn’t done nearly as much comedy in the last several years as he did back in the 90s and early 2000s, but rest assured he’s still on the scene and has been making his presence felt here and there. The interesting thing however is that he’s proven he can excel in drama and even in suspense and thrillers, but people still want to see him be funny a lot of the time.

Here are a few things you might not have known about Jim.

10. If you couldn’t guess, he’s always been an extrovert.

This shouldn’t be much of a surprise since he’s been the kind of person that just has talk and make light of a situation a lot of times. In fact when he was a boy his teacher would let him entertain the class at the end of the day, provided he wasn’t disruptive throughout the earlier part of the class period.

9. He emailed his resume to the Carol Burnett Show when he was 10.

This is the kind of ambition Jim has had for a long, long time now. He knew what he wanted to do even if he didn’t exactly know what he was destined for when it came to his later years. He just wanted to make people laugh.

He wanted to get his career started and despite his desire and his drive things didn’t go so smoothly right away as he came to understand that just wanting something didn’t mean he was going to get it without a struggle.

7. His entire family lived out of a camper van for a while.

This was hard on the entire family and Jim in particular since he would actually go around just waiting for someone to irritate him so that he could lash out. It was a very depressing time in his family’s history.

6. Jim actually shares the same birthday as Andy Kaufman, who he played in Man on the Moon.

Depending on how you felt about his performance you might have liked him or hated the movie altogether but a lot people thought that he somehow channeled Andy Kaufman in a way that no one else could have done at that time.

Jim has dual citizenship in the US and Canada, though like many others when Trump was elected it seems as though he would have rather stayed north of the border just to keep away from the politics that he didn’t care for. And yet he still spoke out just as much as anyone.

4. Believe it or not he was supposed to be Dr. Evil in Austin Powers but he had to bow out.

This might have made the movie entirely different since his very nature is so chaotic at times that it seems as though he just takes over without any real effort. Mike Meyers playing both roles made a lot more sense than putting Jim in would have, but it’s still fun to think about.

3. He tried to audition for SNL twice.

It might seem a little paranoid but when he saw someone on the ledge of the 30 Rock building looking like they were going to jump he had second thoughts about wanting to be on the show since he didn’t like thinking that it might make him suicidal.

2. Jim was offered the role of Dr. Who at one point.

He didn’t know anything about the show when the part was offered to him, but it might have been kind of interesting to see him represent the good Doctor, though it also seems as though he would have had to curb his wit and goofy nature a lot sooner than he did.

1. He’s dealt with depression for a lot of his life.

Beneath the smile lie a lot of issues that have been a part of him since he was young. Jim has always tried to make people laugh but had to rely on Prozac for a good deal of time to stem the issue of depression that crept up on him so often. Eventually he did quit the medication and took up other pursuits that have helped him deal with his inner turmoil.

There’s a lot more to Jim than just being a funny man.