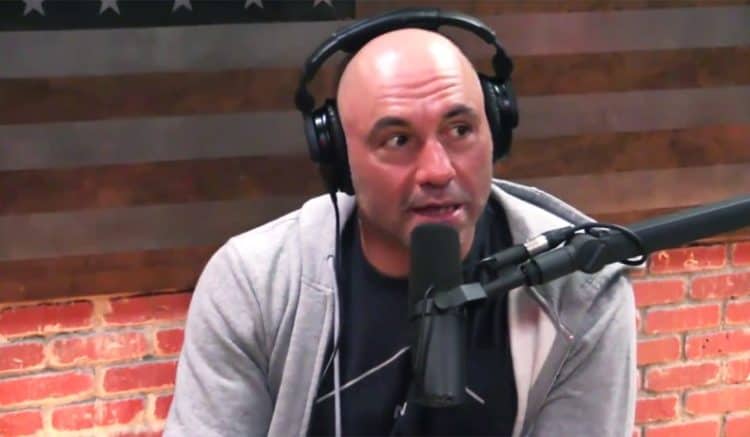 When you look at Joe Rogan you might see what looks like a tough, grizzled guy that wouldn’t be someone you’d want to pop off too for fear that he’d turn around and twist you into a pretzel or knock you into next week. But the truth is that he’s pretty nice and quite funny when he gets on the mic. He’s been an actor, a stand-up comedian, and a commentator for many years now and has made a reputation of being the guy that will open his mouth when others won’t to let people hear what he has to say. Throughout his career he hasn’t been known as the guy that will quiet down when he has something on his mind and yet he’s also known as a person that likes to be fair-handed with what he has to say unless someone gets in his face or challenges him, which means at that point all bets are off.

This doesn’t seem to have lasted long but he was in a couple of movies playing himself as he’s done before. In terms of being someone else that just doesn’t seem like something Joe would do since his personality doesn’t make it seem like he’s someone that likes to be stymied into a different character.

9. Joe hasn’t had any contact with his dad since the age of 7.

This doesn’t seem to bother him quite so much since he doesn’t want to be the whiner that complains about having a rough childhood. Despite the memories he does have of domestic abuse and violence he’s moved on and made peace with it.

8. His interest in martial arts started in his teen years.

In a way this is what really perked Joe up when he was younger since he found an outlet that he could use to feel like he belonged to a crowd and that would allow him to express himself in a way that he found was highly enjoyable, not to mention it boosted his self-esteem quite a bit.

7. He retired from competitive martial arts at the age of 21.

He’d been suffering headaches and other pains for a while at this point and decided that he didn’t want to risk further injury so he decided to stop. Eventually he did get into teaching martial arts though so as to keep with it.

6. Joe did go to college but dropped out before graduating.

Some folks do attend college with every intention of graduating and moving on as they use their gathered knowledge in one way or another, but Joe didn’t see the point of it so he extricated himself and continued to work on his career.

5. Initially he didn’t even think about being a comedian.

In fact it was more thanks to those that he worked out with and trained with that he even bothered to pick up a mic and try out his jokes on a crowd. Those that he was around all the time said that he was always cracking wise and doing impressions of others.

4. Throughout his career he’s had a lot of different jobs that he used to support his rise on the comedy circuit.

Getting into comedy wasn’t a slam dunk as it hardly ever is for anyone. A person still has to work to make a living since comedy isn’t a high-paying gig until one manages to land something that puts them at a different level than those that are playing regular gigs at a club. Joe worked as hard as he could to support himself while still following his dream.

3. Joe has what is known a vitiligo on both hands and feet.

With darker skin colors this is very noticeable since it’s a loss of pigmentation in the skin that produces very light patches. It’s not a disease or even harmful but it is very noticeable. In fact one of the only real dangers is the depression that can be caused since people do tend to see it as something that might be transmitted or contagious, which it is not.

2. He’s not a big fan of Catholicism despite having been raised in this faith.

Being raised in a certain religion doesn’t mean that you’re bound to stay with it the rest of your life. Joe sees Catholicism as a very oppressive system that doesn’t really focus on the faith but instead focuses on the control that religion has over people.

1. Rogan is an avid hunter and believes in the ‘eat what you kill’ ideology.

Like many people he’s not for the idea of farmed meat and does hunt on a fairly regular basis. Whether he’s an activist or not isn’t really known but he does believe in the kill what you eat and eat what you kill mentality.

He’s just an all-around interesting guy to be honest.