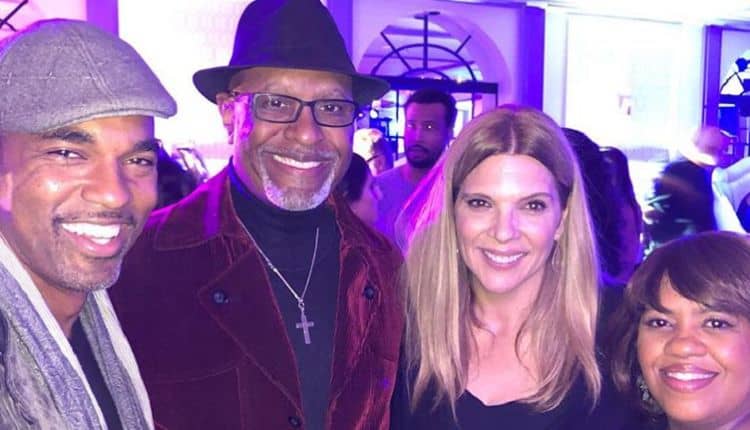 Krista Vernoff is a successful writer and producer. She is best known for her work on ‘Grey’s Anatomy’, ‘Charmed’, and ‘Shameless’. Each of these series has achieved great success, so she is now well established in the television industry. While she is well known in television circles, there are lots of things that fans of her shows do not know about her because of her behind the camera roles in their creation. Here are ten interesting facts that you probably do not know about Krista Vernoff.

1. Her Father Is Bob Verne

Working in the entertainment industry runs in the family as Krista Vernoff’s father is the actor Bob Verne. This actor is best known for his roles in ‘Cavegirl’ and ‘The Immortalizer’. Verne passed away on February 21, 2001.

2. She Has Taken on the Role of Director Twice

Although she is best known for her work as a writer and producer, Vernoff has also taken on the role of director. She made her directorial debut with the 2015 short film ‘Stars’. She also directed an episode of Grey’s Anatomy called ‘Anybody Have a Map?’ in 2018. She has not ruled out doing more directorial work in the future.

3. She Has Written a Play

Most of Vernoff’s writing work has been for the television. However, she has also written a play. Her play is called ‘Me. My Guitar, and Don Henley’. It was launched in an off-Broadway theatre in October 2006.

4. She Was Affected by Poverty as a Child

When she was a child, Vernoff’s family were poor and this is something that affected the whole family. She has discussed this issue in interviews and has used her social media accounts to write posts about childhood poverty. Vernoff has revealed that they never starved as children because her family used food banks. She has also expressed the view that children perform better in school if they are not hungry.

5. She Has Won Awards

6. She Was a Seasonal Staff Member at Omega Institute

Krista Vernoff once worked for the Omega Institute as a seasonal staff member. The Omega Institute is a training company that holds workshops and events in many fields. It was during her time working there that Vernoff took part in her first writing workshop.

7. She Has a Writing Philosophy

Vernoff has her own personal writing philosophy that she applies to her work. She believes that a story should tell the truth while the writer should bare their soul and laugh about what they are writing. This philosophy is evident in much of Vernoff’s writing.

8. She Is Responsible for the Grey’s Anatomy Catchphrase ‘Seriously’

The main characters of Grey’s Anatomy became known for their catchphrase ‘seriously’. This is used in almost every episode of the series by various characters. Krista Vernoff is credited with coming up with this catchphrase which people now associate with the show.

9. She Runs a Production Company with Her Husband

As a talented producer with almost two decades of experience in the television industry, Krista Vernoff took the plunge and founded her own production company with her husband. Vernoff’s husband is Alexandre Schmitt. He is also a producer and the couple has collaborated on projects in the past. They launched their Trip the Light Productions banner in January 2019. The couple wants to work on projects that include storytelling with humor that also elevate the human condition.

10. She Likes to Include Topical Issues in Her Work

One all the projects on which she has worked, Krista Vernoff tries to include topical issues that will help the audience to connect to the series. Just some of the topical issues she has tried to include in Grey’s Anatomy in recent years include transgender issues and unconscious bias. Personally, she has also spoken about issues that have made the headlines, such as salary parity and the #MeToo Movement.