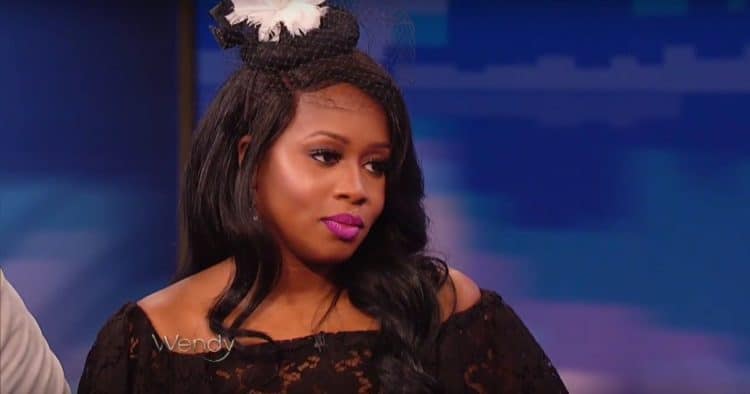 On the one hand you can look at the story of Remy Ma and shake your head since by the time she’d really gotten to making a career she’d done something wonderful and raised herself up from a life that held nothing for her into a world where she could have anything she wanted. Then on the other hand you see the kind of decisions she made during her career that got her arrested and figure that she let the life take hold of her and thought she was bulletproof for a while. Somewhere in the middle you get a woman that was trying to make a better life and did for the most part. But despite all that she allowed the hype and the reputation that she’d gained go to her head and perhaps thought that she was simply untouchable and could do what she wanted without realizing that it was going to cost her. She made a comeback, that much is true, but any sympathy that might have been left over is something that only those who claim to have empathy and compassion for those that are famous could possibly claim. In other words, she made her own bed and laid in it, but she’s been changed by it in a big way.

Here are a few other things you might not know about Remy.

10. She initially got noticed as part of Fat Joe’s group.

This was a pairing that took place when Big Pun, her original mentor, passed away. She was on the hook with Fat Joe for a while and was doing some great work before she went off on her own and started making a name for herself.

9. Remy had to take care of her siblings at a young age.

Her parents had a number of issues that were hard to deal with and her mother was in jail part of the time. Apparently Remy’s father wasn’t around until she was 18, so she had to take care of her younger siblings. This is where it becomes easy to see that she needed a way out.

8. She was mentored by Big Pun.

Anyone remember Big Pun? He was one of the more popular artists of the 90s and was Remy’s mentor since he noticed the poetry she’d been writing and decided to take her on as his project to see what they could do together. Obviously she impressed him as he helped her to do something with her lyrics.

7. Her fiance tried to smuggle her a key to get out of prison.

Being in prison in the first place isn’t all that great, but having someone try to bust you out isn’t the best idea in the world since it could end up getting both people in trouble. It doesn’t sound like anything happened to either of them however which is kind of odd.

This isn’t too hard to swallow since six years in prison isn’t a joy ride or a vacation. But that much time away from the business also managed to cause her to lose touch with the rap game, meaning she had to re-establish herself in a way that would be seen as one of the greatest comebacks in some time.

5. There was a serious feud between her and Foxy Brown for a while.

These two went at it tooth and nail with their comments and sometimes in physical altercations as well. One thing that’s hard to understand about the rap game is that saying something in a song can set someone off just without much effort, no matter that the words should be easy to ignore and possibly even return in kind, as these two of have done. The bad blood that’s stirred up however is often kind of hard to understand.

4. She and Nikki Minaj have aimed barbs at one another in their songs.

Nikki Minaj isn’t a stranger to feuding with others as she’s done it before and on live television as well. She and Remy went back and forth for a while as the perceived notion that Minaj was talking about her in her songs was enough for Remy to fire back.

3. Remy has appeared on TV as well.

She’s been in a few TV shows that have made use of her attitude, style, and ability to just keep on talking.

2. She gives in to the will of the people.

Remy has admitted that there’s other stuff she wants to do with her music that she won’t because she thinks it will cause her to lose popularity and people will stop buying her albums. Unfortunately the fear of speaking her own voice in a way she wants could be the beginning of the end eventually.

1. Her lyrics have always been serious if not kind of dark.

She’s not the upbeat and cheerful type when it comes to her lyrics since a lot, if not all, of what she writes comes from her life experiences.

Like I said you either empathize with her or just don’t listen.