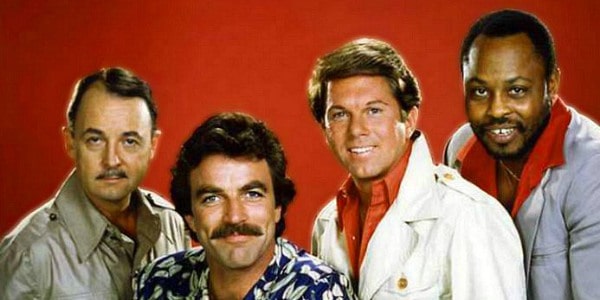 Roger E. Mosley is a guy that a lot of people might recognize from back in the day so long as they find an affinity for older shows and movies. He was after all a very recognizable face for a while on one of the most popular shows on TV. He’s since left show business and is still around, but it would seem that he’s been laying low and taking it easy for a while now. Having come from one of the poorer districts as a young man he worked his way up to the role in life that he finally came to enjoy and was for a while a character that a lot of people looked up to and admired. In really trying to talk about him it would almost seem as though he’d be someone you would expect to see at a Comic-Con in one of the many booths for those that remember his on screen history to go and speak to. Of course it would help if you were able to watch him back in the day.

Here are a few things about Roger you might not know.

They’re golfing buddies in fact so it would seem that whatever he thought about the whole trial that occurred years ago Roger didn’t think it was worth giving up a friendship over. You can think how you want to about that but it would seem that he has his priorities in order.

9. Roger is a licensed helicopter pilot in real life.

This is pretty interesting to discover since he was one of the only actors on Magnum PI that had the actual skills that he could have used. The only downside was that he wasn’t allowed to do any of his stunts since the show couldn’t afford the insurance and didn’t want to risk one of their stars.

Roger was a man about TV at one time and didn’t settle on just one show for a while. You might remember him primarily from one show but quite honestly he spread his talents around for a bit during his career.

7. He does have an impressive filmography.

If you take a look at all he’s done in his career then you might be kind of impressed. Roger isn’t really known as well these days but back in the day he was someone that you might have seen in a lot of different projects.

There’s not a lot of explanation given why he left but it does seem that he stretched his career for as long as it could go. After all the man was born in 1938 and it would seem that it might be the time to just enjoy the years that he’s still got and sit back for a while. It does seem as though he’s not too shy to come around now and again, but as far as acting he hasn’t been on the scene in a while.

For someone that doesn’t get noticed that much anymore he is still worth a good amount that might make you wonder just what he did back in his career that warranted this. A little studying on his career might actually make this number come into greater focus.

4. He grew up in a housing project with his mother.

Roger wasn’t a wealthy person growing up and knows what it takes to really hustle enough in order to bring himself up out of the hard life and into a place where he was not only comfortable but able to provide for a family.

3. Roger’s philosophy is that the best way to help poor people is to not be one of them.

This might be seen as kind of cynical but if you really think about it the words do make sense. Being poor isn’t a joke and it’s not something to get down on, but it’s also something to not contribute to since adding another poor person onto the pile seems like a bad idea. In other words, people that work hard need to be given the chance to elevate themselves and inspire others around them to do the same.

2. He co-starred with John Wayne once.

There are a lot of people that can make this claim but the trick is that a lot of them have either passed away or are hard to find. This is a claim that is easy to substantiate and something that’s kind of impressive.

1. His role on Magnum PI was his most notable role.

If you’re old enough to remember the days when this show was insanely popular then you recall his character and how many times he bailed Magnum out.

He’s someone to research and remember fondly from his heyday.