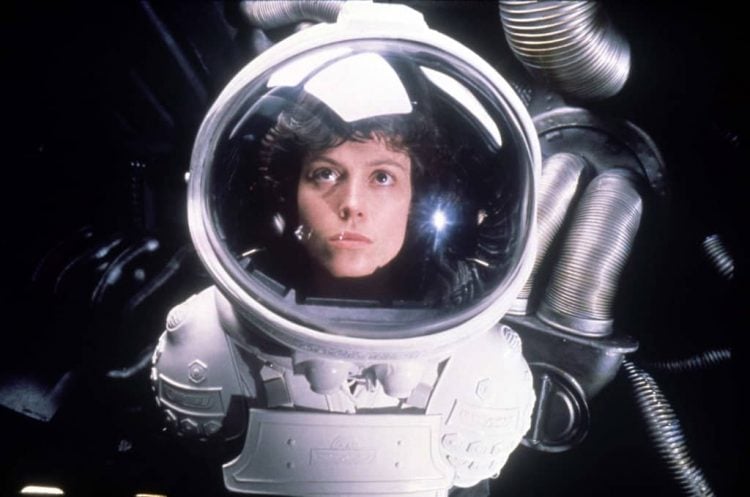 There are legends in show business and then there are individuals that have transcended the legendary status and stepped into a greatness that is all their own. Sigourney Weaver has had her ups and downs in her career just like anyone and yet she’s held on to become one of the greatest actresses to ever grace the screen with her presence. In recent years she’s done great things and not so great things, but the fact is that throughout her life she has performed so many roles that people love that it no longer matters if she’s in an epic or a stinker, people love to see her all the same. Her roles in movies like Ghostbuters, Avatar, and of course the Alien franchise have cemented her as one of the mainstays in Hollywood that people just won’t forget and new generations will come to respect as they grow and learn about her.

Her are a few things that some people might not have known about though.

10. She changed her name after reading The Great Gatsby.

Her given name at birth was Susan Alexander Weaver, but after reading the book she seemed to think that her name would have a bit more intrigue surrounding it if she changed it. And you can’t really say she was wrong, people have remembered her name quite easily throughout the years since she made a big splash in the movies.

9. Sigourney has a strong dislike for guns.

You’d be hard-pressed to believe that in some films since she picks up a gun readily to defend those she cares about. But then again there is that idea that she doesn’t pick up a weapon unless she has a reason, and in that case she’s primed, loaded, locked, and ready to rock. Ordinarily though, off screen, she’s not a big fan of firearms.

8. The salary she received for the last Alien movie was more than it cost to make the first film.

You kind of have to take into account what the cost of Alien in 1979 would have been now, but at the same time her popularity by the time Resurrection came around was so high that there’s no denying that she was the highest paid person on the set because, hey, it’s Ripley, she’s the woman that helped kicked the whole franchise off.

7. She had nightmares after reading the script for The Village.

Conceptually this movie was kind of terrifying since it dealt with a village that was set upon every now and again by creatures that lived in the woods beyond their borders and in a way ruled the lives of the villagers. But something must have gotten lost in the translation between the script and the actual movie because it came off as kind of stiff and not nearly as scary.

6. In Alien: Resurrection she made a behind the back shot on accident.

When she threw the basketball up over her shoulder she only made it by accident. No doubt people were thinking it was going to require more than one take to get it right. But Ron Perlman almost blew the take when he acted so genuinely amazed at the success of the shot.

5. Her character in Alien inspired the Metroid character.

How Ripley inspired this character is a little hard to fathom since the movie and the game are pretty different in design and the whole idea of what’s going on, but given that both are dealing with aliens and they’re attempting to stay alive while they’re being hunted it’s a correlation that some can work with.

4. She was eager to appear in the science fiction movie Paul.

3. Sigourney cares more about getting parts that she enjoys.

There’s a lot more satisfaction in doing something that you love than doing the job and not finding any enjoyment in it at all. Whenever the job becomes actual work instead of something you’re willing to go to any length to do right then it might be time to move on.

2. She’s lost a lot of roles because of her height.

Sigourney stands at about 6’3″ so it’s kind of hard to put her into any stereotypical role since women on the average are well below 6′ tall. That being said however she’s managed to create some of the most epic characters in history because people looked beyond this physical quality.

1. She has expressed that she would happily do another Alien movie.

She’s actually said that she feels Ripley’s arc is unfinished and personally I can’t help but agree since the character was brought back and never given a real ending. Maybe sending her back to LV-426 to finally take on the xenomorphs one more time would be a fitting end.

No matter how she rolls from here on out, Sigourney is a certified star that won’t dim.