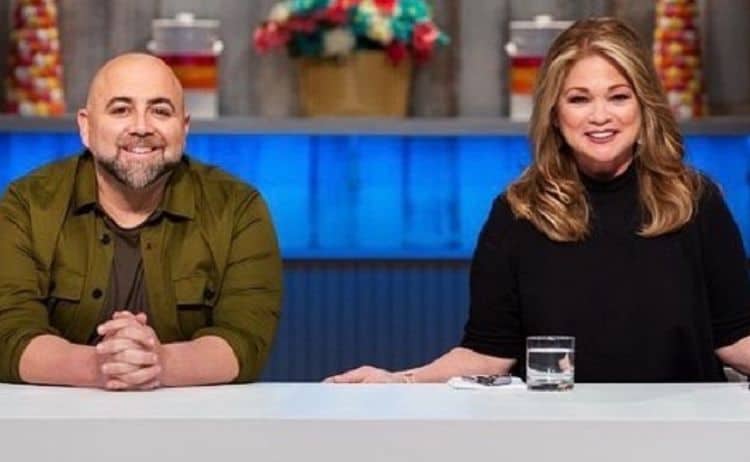 With some stars it really depends on when you got to know them when it comes to how much you might know about them. Valerie Bertinelli is a name that many people know from one place or another and it’s because she’s been around for a while and has been something of a well known personality. These days it seems that she might have slipped into the background a bit, but she’s still around and is still there to lighten up the mood when she’s called upon to do so. Throughout the course of her career she’s definitely seen a shift in what kind of work she’s managed to get, but she’s done her best to stay on top of everything and make certain that her career does in fact continue. To this day she’s still able to be seen on TV, though not in the same manner as many people might be used to seeing her.

Here are a few other things you might not have known about Valerie.

10. Valerie turned down a lot of film roles in the 80s due to their use of nudity.

If anyone remembers the 80s were a time when some films really did get into showing just about everything that could legally be shown in a movie. Valerie didn’t want to be known as a sex object it would seem, which is a wise move for a lot of actresses as this is kind of a hard label to cast off at times.

9. She was considered for roles in Footloose and The Big Chill.

She didn’t get them but the fact that a person gets considered for roles in movies such as these is pretty high praise since both movies have since become considered to be cult classics in many circles. If you want the honest truth, cult classics are a lot better in some ways since they tend to have a lot more character to them.

8. She was married to Eddie Van Halen for a while.

They had a son together and the marriage did last for a while. But like a lot of celebrity marriages it kind of went the way of the dodo after a while and the two separated. It’d be interesting to know just why this seems to be a thing in show business.

She’s done a few things in her life it seems that would make anyone seem pretty impressive, especially since she’s done it all and is still in the kind of shape she’s in today. This woman doesn’t seem to age all that much with each passing year.

6. She auditioned for the role of Iris in Taxi Driver.

This role went to Jodie Foster, and it did make her career something special in the beginning. But seeing as how she didn’t want to associate with movies that had a lot of nudity in them it’s still kind of odd to see how Valerie would want a role in which she would be made to play an underage prostitute, even if there was no nudity, obviously since it wouldn’t be legal.

Much of this has come from her marriage to Eddie Van Halen and her long and successful career. She’s done a lot in her life to earn this kind of distinction and it does kind of make sense that she would be worth this kind of money since she’s one of those that has stuck around for long enough and has manages to adapt to the changes in show business.

4. She joined the Food Network to host Kids Baking Championship.

While it’s not exactly a sitcom or anything like what she’s done in the past it’s still a chance to be seen and to do something that’s worthwhile since watching kids learning how to bake and develop skills that will help them later on life is pretty rewarding.

3. Valerie thinks that pulling the sitcom Hot In Cleveland was a bad idea.

The sitcom ran for about five years and was doing pretty well it seemed, but TV Land decided to pull it in 2015 for their own reasons. To Valerie it was kind of a dumb and nonsensical move for them to pull.

She does have a few hundred thousand followers, and it’s kind of interesting to think of how many of them have been fans for a long time versus those that have been turned on to her fame in the last decade or less. After all, even the older stars are able to get more attention now online.

1. Valerie was a child star to begin with.

She started out at the age of 15 and was immediately noticed as a talented young woman that had a bright future ahead of her.

She does have a name that kind of tends to stick in your mind.