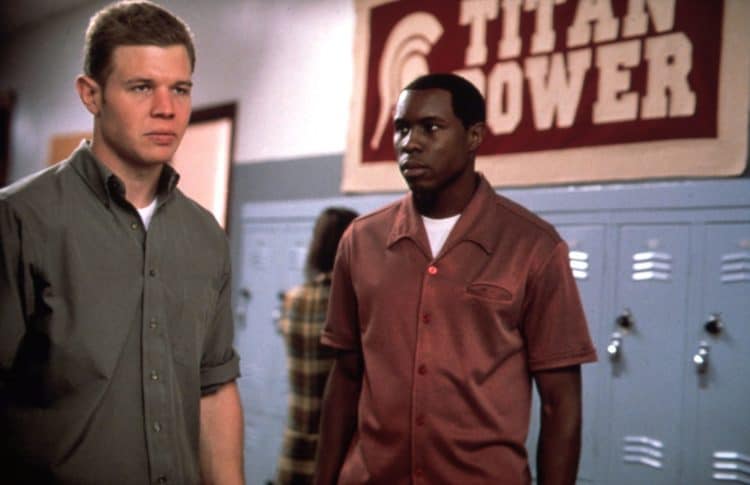 Wood Harris is the kind of guy that for a while didn’t seem to age, but lately you can definitely see that he’s wearing his years a bit more as he’s looking older and a little more wizened. Thankfully that just means he’s become a more mature and astute actor that’s been around the block a few times and knows what’s going on in the industry. He’s been around a lot longer than some of us might recall and he’s been an influence in many films you might have to look up just to recognize that he was actually there. He’s played some great roles throughout his career so far and he’s played some truly despicable ones as well. That’s great though since he has a wide range that he’s developed out of habit since he doesn’t want to be pegged as a person that takes on just one kind of personality.

10. He has an interest in getting into the music industry.

At this point it sounds like he’s already making inroads towards a career in the music industry and could be seriously thinking about making it work. That’d be interesting to see if he has this kind of talent or if it’s something that he’ll really need to develop in order to get people to listen. Something seems to indicate that people will listen anyway.

9. He was in Remember the Titans.

There was probably a lot of liberty taken with this story but what the heck, it was inspirational and it was a lot of fun. It showed that it doesn’t matter what color you are on the football field or in life, you play the game and you support the person next to you.

8. He’s a big believer in avoiding the act of being typecast.

This is a good practice to be quite honest since it helps actors to avoid being pinned down and confined in just one type of role. A lot of people tend to prefer one type of role and unfortunately that really comes to define them and make it harder to break out and do anything else.

He gets absolutely vicious in this movie as he’s a street thug that’s all about his business and isn’t about to let anyone slide when it comes to getting his money and his respect. He’s a dangerous man in this movie.

Wood has likely seen a lot in over two decades, not as much as someone a decade or two older, but still more than enough since the industry has been changing with each passing year in so many different ways.

It makes a person wonder what’s going through an actor’s mind when they have to portray an icon that came before their time but at the same moment is a big reason why a good part of pop culture exists in the way it does today. That almost makes it feel as though it might be a heady and even nervous moment for the actor as they try to get on top of their game as much as they can.

When you think about this you realize he was much older than the characters he was playing in some of his movies. That’s nothing new to be honest but it’s still something to realize.

There’s no denying the fact that this version of Judge Dredd was far more hardcore than anything that went on in the original Stallone film. This could be why a lot of people were unanimous in their decision to say that this version was a lot better. There’s been rumors that there might be a sequel coming, but so far it doesn’t seem as if anything has been done to substantiate them. Something could be in the works though, you never know.

Wood has taken his act to the theater as well, showing that he’s got a wealth of talent and skill that he’s able to flaunt and display to those that are willing to watch. He’s been an impressive individual throughout his career so far and it’s enough to say that he’s proved that he belongs in show business.

History is coming around again as Creed vs. Drago is happening once more, with Stallone in the corner yet again. This time it’s supposed to be different, this time it’s going to be epic, or at least we hope it is since Ivan Drago is coming back as well, and will be in his son’s corner.

Wood Harris has a way of being where he needs to be for the big moments.