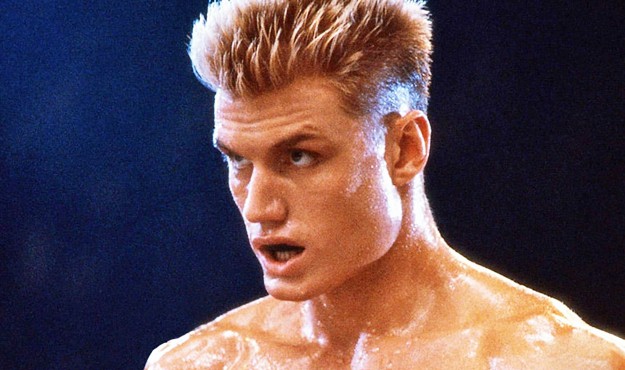 An Intelligence Quotient (IQ) score is a widely used and respected measure for intelligence. It is the result of standardized testing, and has been the subject of a great deal of study. While there is some debate over the scope of IQ testing, it is generally accepted that those with a score of over 130 have exceptional intelligence. These individuals are so exceptional that organizations like Mensa International have been founded which base their membership on achieving such high scores.

Interestingly, those who hold extraordinary IQ scores are not always shy, studious individuals lurking in dark laboratories. Instead, people from every walk of life have demonstrated remarkable intelligence. This even includes the rich and famous. Often, these stars are known more for their performance abilities than their intelligence; however, there are a great many celebrities with impressive IQ scores.

Here are 20 famous individuals who have achieved remarkable scores.

Depending on how much a person knows about this extremely popular actor, this may be the most or least surprising entry on the list. Franco is best known for his collaborations with Seth Rogen in stoner comedies. It seems that the majority of his work sees him as a lovable doofus. In reality, this could not be further from the truth. Franco holds an IQ score of 130. His intelligence is best revealed in his passion for education. He has graduated from numerous esteemed schools such as UCLA and Columbia, and has even taught courses. He is known for his eclectic interests, and he has even published a book of poetry.

While the Fast and Furious films are beloved by many people around the world, they are not generally known for their thought-provoking plotlines. One of the stars of the series is the beautiful and talented Jordana Brewster. Many fans may not realize just how intelligent this star truly is. Brewster seems to have inherited a powerful mind, as her grandfather taught at the prestigious Yale University. Interestingly, Brewster graduated from the same institution with a BA in English. Having an IQ of 130 no doubt made this easier than it would be for most people.

Beckinsale is famous for a variety of roles, including in romances and action movies. While her acting abilities are lauded, she still does not get the credit she deserves for her intelligence. Like many of the other stars on this list, Beckinsale has attended a great educational institution. While her film career was just beginning, she was studying at Oxford. In addition to her studies, her powerful mind has allowed her to become multilingual. Currently, she reportedly speaks English, French, Russian, and German. Therefore, it should come as no surprise that she holds the impressive IQ score of 132.

Kidman is one of the most celebrated and respected artists on this list. She has had a long and successful career as an actress. Her intelligence extends far beyond her acting abilities, as she reportedly has an IQ of 132. Her intelligence is likely inherited from her parents. Her mother was a nursing instructor and her father was a biologist and clinical psychologist.

Jodie Foster has had an incredibly long and successful career. Her accomplishments as an actor are truly outstanding. However, this is one star who is nearly as famous for her mind as she is for her performances. Holding an IQ of 132, Foster has achieved some truly amazing feats of intelligence. She graduated with honors from Yale, understands English, French, Italian, Spanish, and German, and learned to read at only age 3.

Schwarzenegger’s brilliance will likely come as a surprise to many people. Whether this is because of his accent, his career as an action star, or the stereotype that people with massive muscles must be dimwitted, the fact remains that few understand his genius. Schwarzenegger holds an IQ score of 135. While he has spent the majority of his career flexing his muscles, the simple fact that he has enjoyed such great success in acting, bodybuilding, and politics over the past several decades is evidence of a very strong mind.

One of the most iconic and enduring stars on this list, Madonna has been music royalty for many years. Her prowess as an entertainer is not the only thing that distinguishes her from ordinary people. She holds the incredibly impressive IQ score of 140 as well. Her intelligence shone from a young age, as she was known for her exceptionally high grades. She even earned a scholarship for the University of Michigan, but she chose to drop out to pursue a career in music.

Natalie Portman is a remarkably successful and critically-acclaimed actress. The Oscar-winner has appeared in some powerful independent films as well as massive franchises. However, her acting ability may not be her most impressive trait. With an IQ of 140, Portman has an incredibly strong mind. She can reportedly speak 5 different languages, has a degree from Harvard, and has been published in peer-reviewed journals.

Although known more for her hips and voice than her mind, Shakira is an entertainer whose intelligence is as significant as her performance skills. She holds an IQ score of 140. In fact, her career’s success can be attributed to her great intelligence, as she writes her own songs. In addition, she either has a fluent or partial understanding of seven different languages. Further, she has studied at UCLA and has actually established several schools.

Steve Martin is a legendary comedian and performer. With an IQ of 142, however, making people laugh was not the only future he could have chosen. While studying at California State University, he fell in love with education and even considered becoming a professor. Luckily, he eventually decided to pursue theater instead, majoring in the field before embarking on what would become an amazing career.

Like several of the other actors on this list, Nolan Gould’s roles are not a proper indication of his intelligence in real life. His portrayal of the lovable but dopey Luke Dunphy on Modern Family may have some believing that he is vapid offscreen. However, he actually holds a remarkable IQ of 150. A youth who studied at ten grades ahead of his age, Gould is a member of the high-IQ society known as Mensa. His membership in this exclusive society is a great indication of his genius, as even many of the other stars on this list do not have this honor.

Of all the famous airheads on television, perhaps none are as beloved as Lisa Kurdow’s portrayal of Phoebe Buffay on Friends. In reality, however, Kudrow is a truly remarkable mind. She holds a degree from Vassar College and even assisted her father with a research project centered on a relationship between being left-handed and developing headaches.

People cannot be faulted for not assuming that an actor and sex symbol like Sharon Stone is a remarkable thinker. However, this award-winning star holds the astounding IQ score of 154, meaning that she is as powerful in her intelligence as she is on screen. Her intelligence allowed her to accelerate in school, as she was only 5 years old when in second grade. Further, she accepted a scholarship to Edinboro University when she was only 15. Luckily for her fans, however, she left school to pursue modeling.

Matt Damon is one of the biggest movie stars in the world today. He is most famous for his incredible action films. However, he has reached such heights more because of his mind than his muscle. In fact, he owes the success of his breakout role in Good Will Hunting to his intelligence, as he wrote the script for an English class assignment. His IQ score stands at a highly impressive 160.

The towering Swede Dolph Lundgren is another individual known for roles which do not reflect his character. Lundgren is an expert martial artist, and he has used these skills to become a highly successful action movie star. However, he is also one of the best educated stars on this list. With an IQ of 160, it seems that Lundgren’s appetite for learning is insatiable. He holds a degree in chemical engineering from the Royal Institute of Technology as well as a master’s from the University of Sydney in the same field. He also notably earned the rare Fulbright Scholarship to the prestigious MIT.

Ashton Kutcher rose to fame as the dopey but charismatic Kelso on That ‘70s Show, but in reality he could not be more different. He has the astounding IQ score of 160, and briefly attended the University of Iowa before dropping out to pursue a career in entertainment. Most recently, Kutcher has used his mind for a great cause. He created an organization known as Thorn which fights against child pornography and sexual exploitation around the world. His impassioned speeches about this issue reveal both his character and intelligence

The vast majority of the stars on this list have used their intelligence to pursue higher education. Tarantino is a notable exception to this rule; not only did he never attend college, he did not even graduate high school. Despite dropping out at age 15, he holds a staggeringly high IQ of 160. To achieve success in the film industry without having a formal education is impressive enough, but creating masterpieces like Pulp Fiction and Reservoir Dogs based on personal study of movies is simply astounding

Mayim Bialik stands out on this list not only because her IQ is incredibly high, with some reports holding that it is as high as 163, but also because of the character she played on The Big Bang Theory. Unlike many of the actors on this list, her most notable role actually matches fairly well with her true intelligence. Bialik holds a Ph.D in neuroscience. Although she earned the degree from UCLA, she could have attended some other prestigious institutions as well. She had offers to study at Harvard and Yale, but chose UCLA for its location.

While he may not have the cultural relevance that some of the other stars on this list enjoy today, Woods has had a long and celebrated career in acting, producing, and voice work. However, his most impressive attribute may be the fact that his IQ is a truly incredible 180 — the highest on this list. Woods has displayed his intelligence in many ways over the years. While still in high school, he began taking linear algebra classes at UCLA. Further, after receiving top marks on his SATs, he earned a full scholarship to MIT.