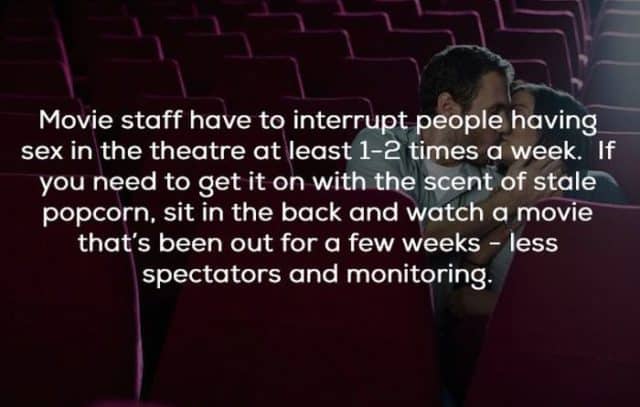 There are a few secrets about movie theaters that a lot of people still don’t know about or refuse to acknowledge since it might turn them off to the experience. While these facts aren’t inclusive towards every theater they’re still important enough to take as advice when going out the show. It might teach you what to expect and how to behave when you’re essentially a guest in someone else’s business for a period of two hours or more. There is some decorum that is to be expected after all and a few rules you might want to learn before you sit down to enjoy your film.

A lot of us will have gone to a movie theater by the time we’re in our teens if not several times than at least once or twice. When we’re young it’s kind of a magical experience since we’ve never done this before and it’s a giant room with a huge TV screen that blasts a movie we’ve never seen yet almost right into our laps since it’s so loud and amazing and wonderful. The popcorn is never better than the first time, there’s candy if you’re lucky and there’s the feeling of actually being in the movie that you can’t fully grasp but know is inherently awesome because it’s something that you don’t get on a regular basis.

The movies are a lot of fun to go to, but it’s kind of important to learn a few things as you go. 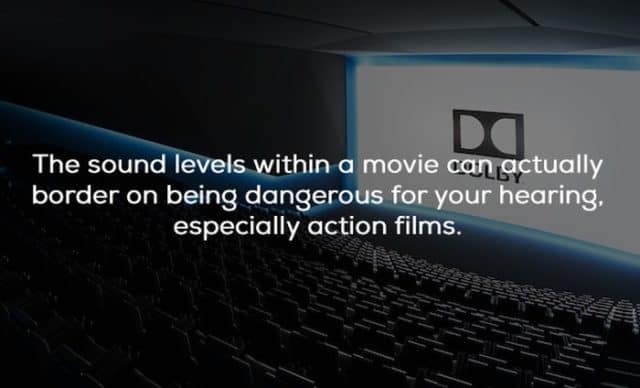 Sitting near the front might be fun for some but it’s not the best idea for your hearing. If if hurts your ears then consider covering them, or leaving. 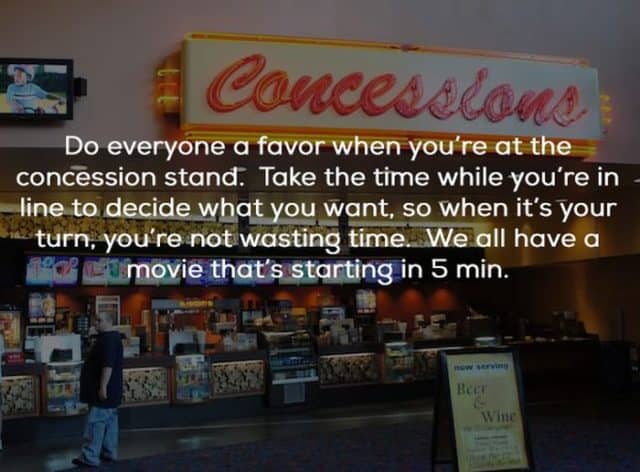 This is one of my big pet peeves. You can see the menu and what they offer from the front door which is nearly fifty yards away. By the time you get to the front of the line you need to know what you want. 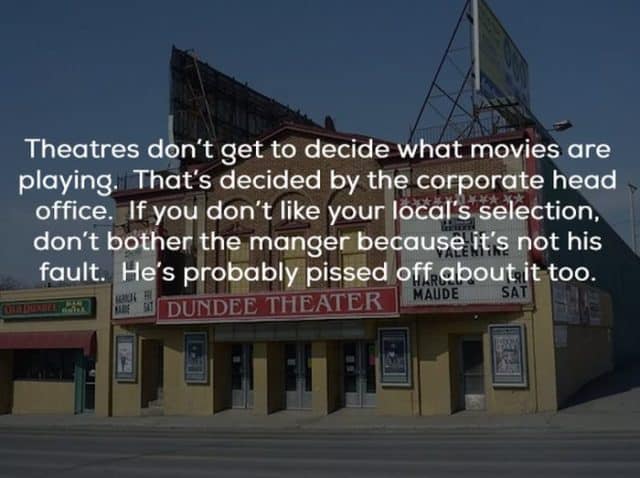 Some theaters don’t get the huge blockbusters and some don’t get the films they want. Relax and find another theater playing what you want to see. 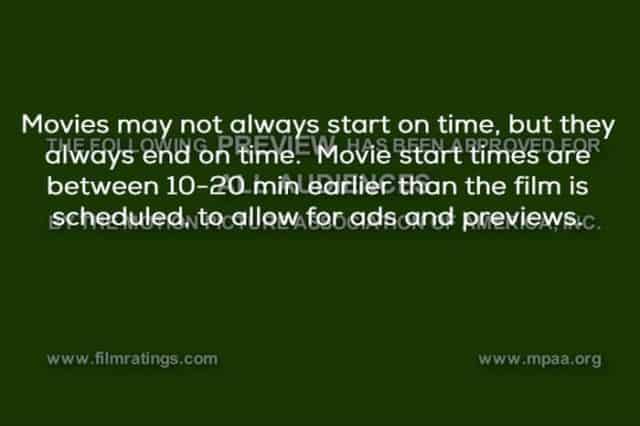 It’s still a good idea to show up on time to avoid getting in anyone’s way if you’re trying to find a seat. 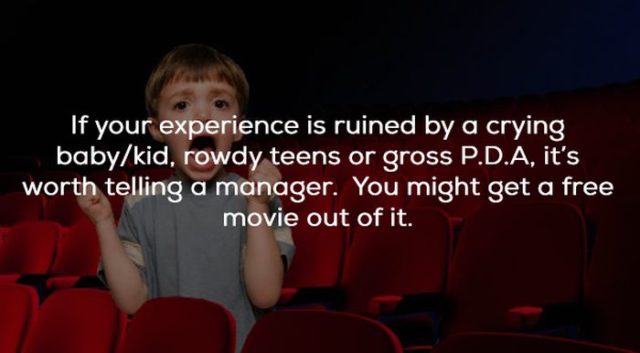 It’s not your job to round them all up and deal with them, that’s what the manager is there for. 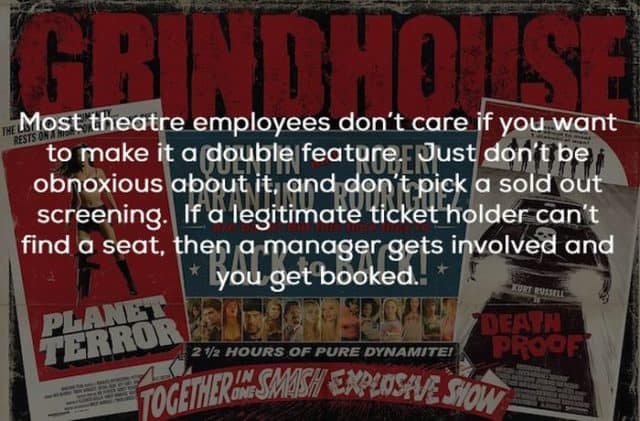 Basically be courteous and you’ll get served. Otherwise they might tell you to hit the bricks. 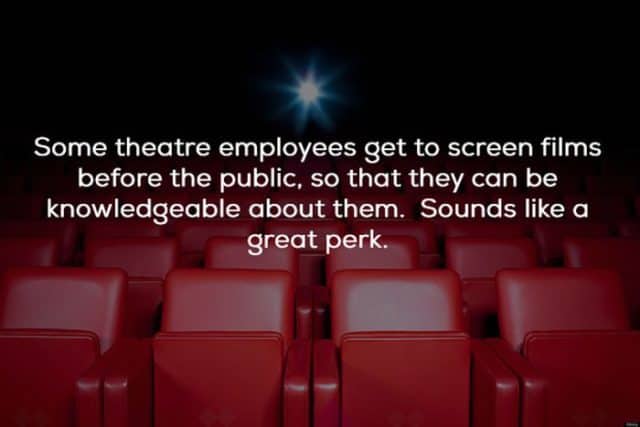 Keep in mind that not all employees get to do this. This kind of perk would be great if it happened all the time but chances are most employees will see a few minutes at a time of any given movie since they have to be in and out to check on people. 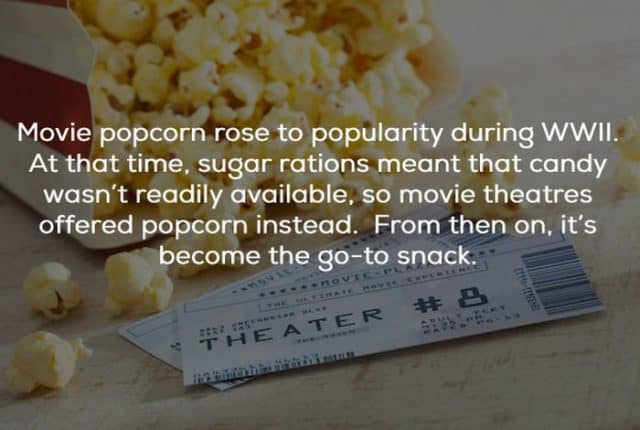 It’s still a go-to since so many people order this first and then go for the other stuff. 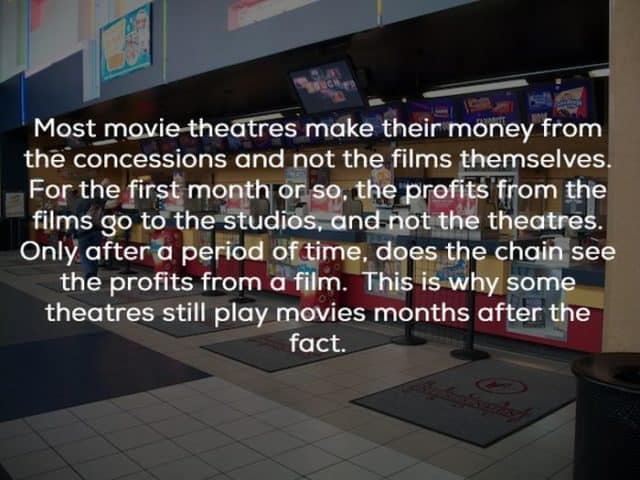 If you were ever wondering why concession snacks are so pricey now you know why. 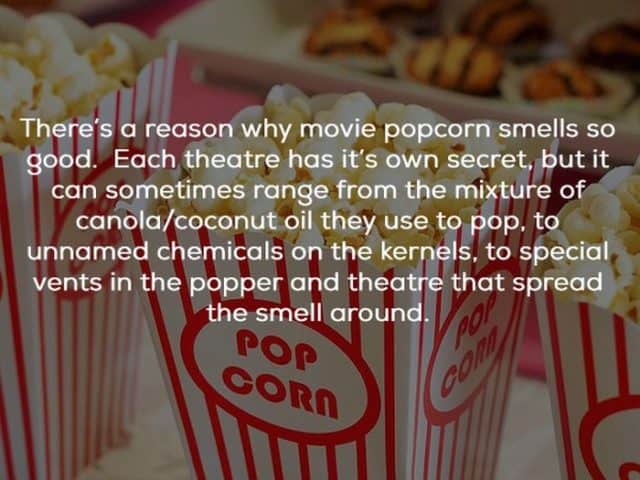 Theaters have lots of tricks to up their sales and make as much as they can on everything they have to offer. 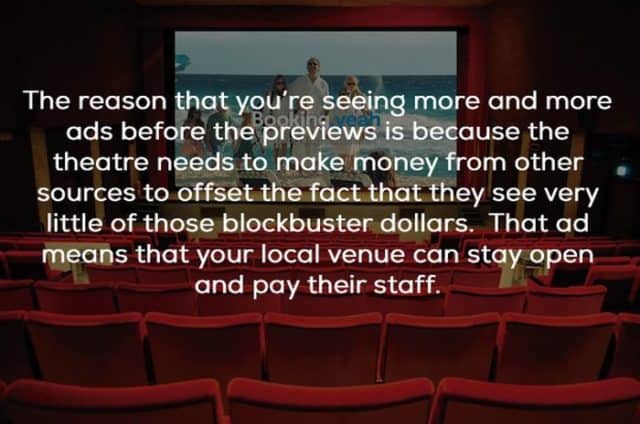 It’s starting to become like watching TV in some theaters but if you want them to be able to afford the movies they’re playing then they need to make that extra revenue. 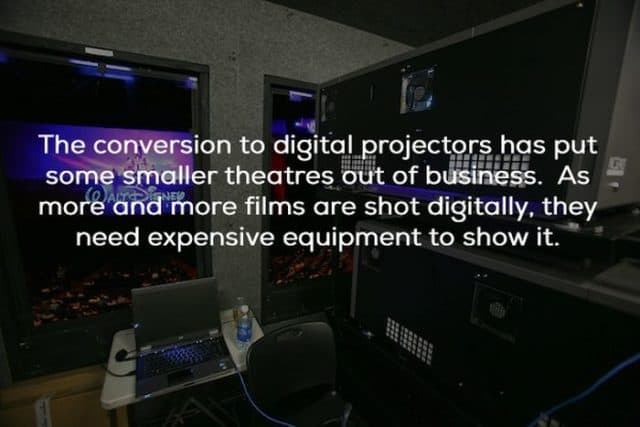 This almost seems like a plot to move theaters towards one or a few big companies that would control the theater industry. 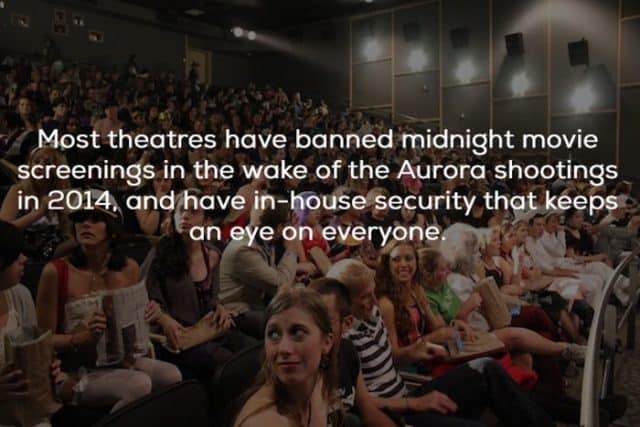 What happened in Aurora was horrible and it’s spread a lot of paranoia ever since, which is unfortunately bound to continue. 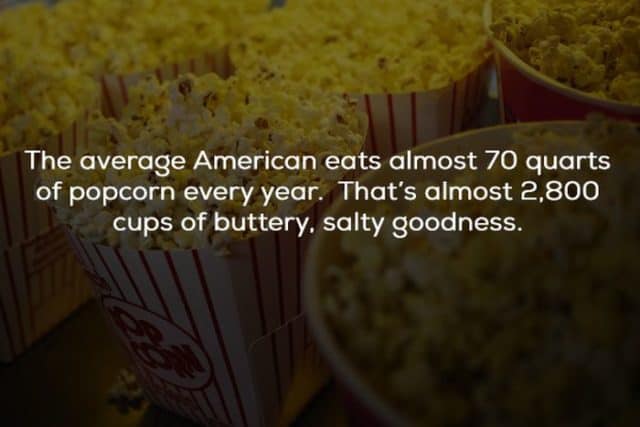 It’s not that great for you considering everything that goes into it, but it is so very good. 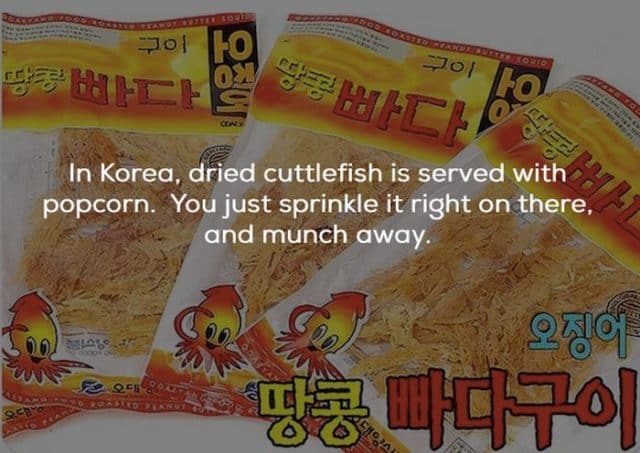 This might sound gross to those of us in the US but you never know, it could be an interesting taste. 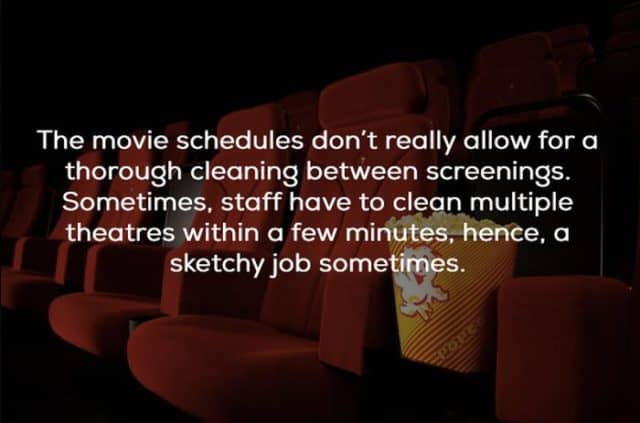 This is why cleaning up after yourself is such a good idea since it negates the need for a deep clean that often. 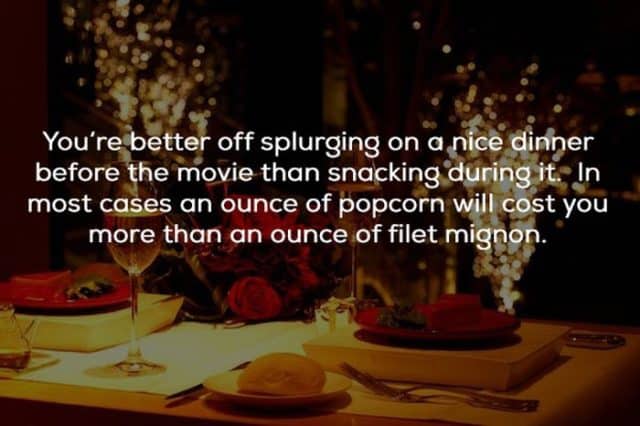 That’s pretty sad to tell the truth. A family of four or five could eat a full meal for less than it would cost to snack at a movie. 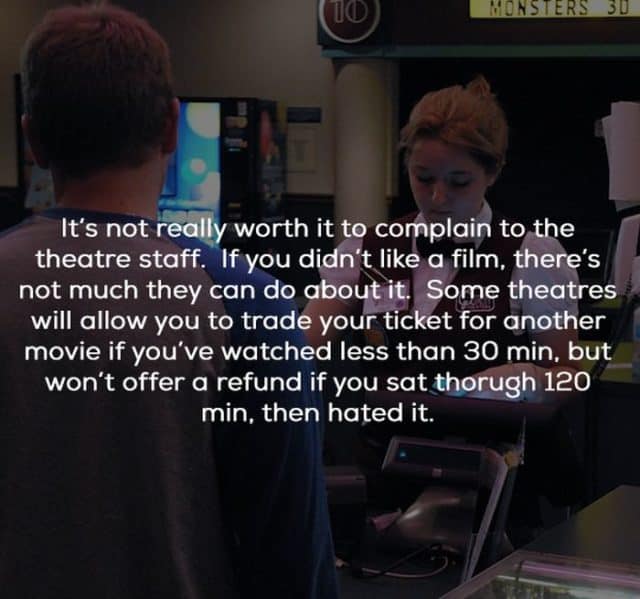 If you complain at all there’s a good chance that you won’t get anything. They’re not obligated to give the consumer anything more than what they paid for. 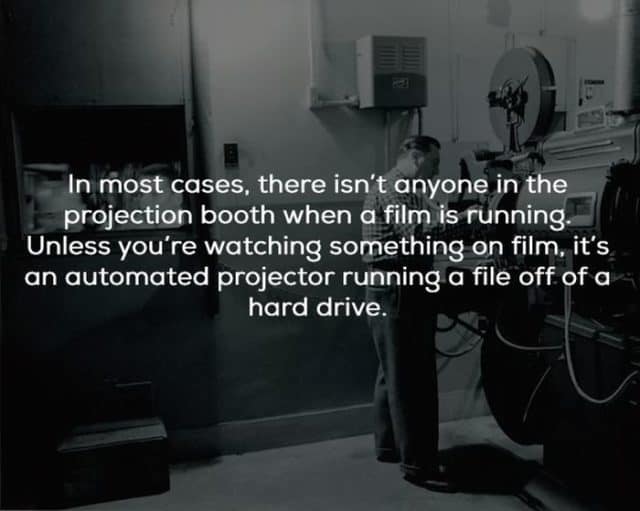 So really, don’t holler at the booth operator, who isn’t there, to focus or do anything else. You’re just shouting for no reason. 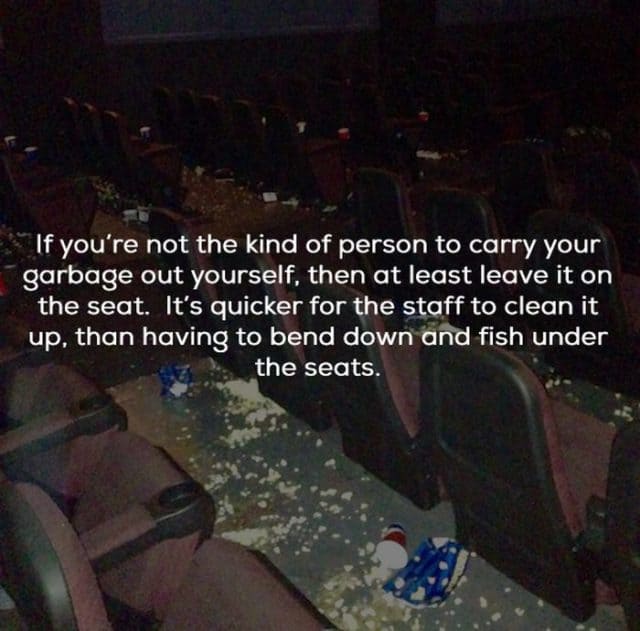 This is one of the worst-case scenarios but it is advised to carry out your own garbage. 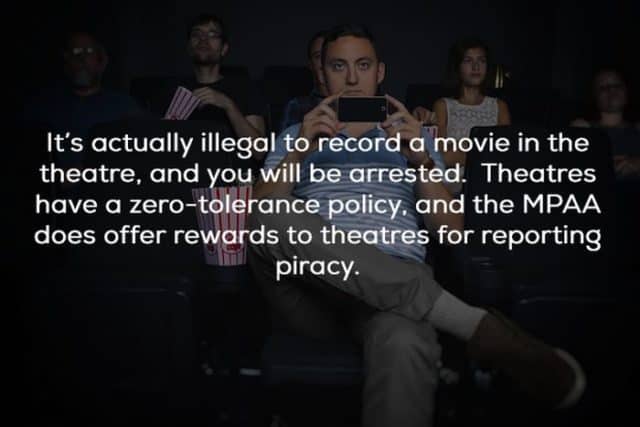 You’re basically ripping off the production for the price of a ticket. That’s called pirating and it can come with jail time. 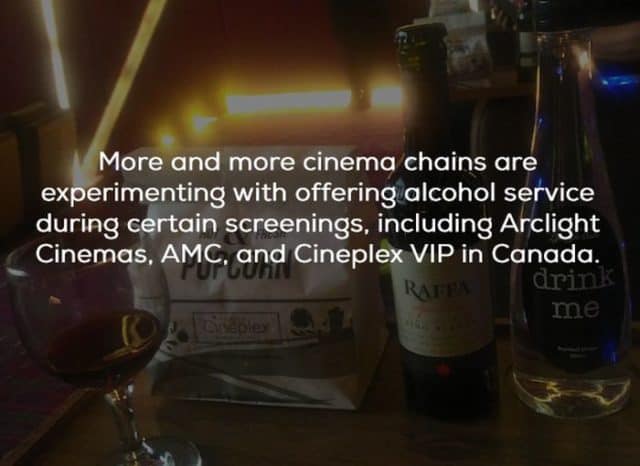 So long as people don’t let it get out of control it should prove to be another pleasant part of the movie experience.

So are you still enthused to go to the theater? Hope so.