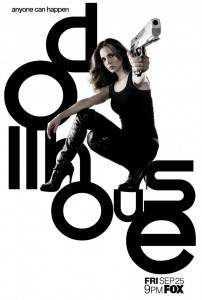 What the Network Says:

CAROLINE (Eliza Dushku) – code name “Echo” – is an “Active,” a member of a highly illegal and underground group of individuals who have had their personalities wiped clean so they can be imprinted with any number of new personas. Hired by the wealthy, powerful and connected, the Actives don’t just perform their hired roles, they wholly become – with mind, personality and physiology – whomever the client wants or needs them to be. Whether imprinted to be a lover, an assassin, a corporate negotiator or a best friend, the Actives know no other life than the specific engagements they are in at that time.

Confined between missions to a secret facility known as the “Dollhouse,” Echo and the other Actives, including SIERRA (Dichen Lachman) and VICTOR (Enver Gjokaj), are assigned engagements by ADELLE DEWITT (Olivia Williams), one of the Dollhouse’s leaders. After each scenario, Echo, always under the watchful eye of her handler-turned-head-of-security, BOYD LANGTON (Harry Lennix), returns to the mysterious Dollhouse where her thoughts, feelings, experiences and knowledge are erased by TOPHER BRINK (Fran Kranz), the Dollhouse’s genius programmer. Echo then enters the next scenario with no memory of before – or does she?

Former FBI Agent PAUL BALLARD (Tahmoh Penikett), determined to solve the mystery of the DOLLHOUSE and find the missing Caroline, accomplished his goal in the first season finale and was convinced (or was it coerced?) to become Echo’s new handler.

DOLLHOUSE revolves around Echo’s blossoming self-awareness and her desire to discover her true identity. But with each new engagement, comes a new memory and increased danger inside and outside the Dollhouse, as she seemingly begins to remember her original memories and slowly pieces together her mysterious past.

The universal opinion appears to be that Dollhouse season 1 can be neatly split into two very distinct halves — the first was pretty ordinary and (dare I say) mediocre, while the latter half was exciting, fast-paced adrenaline-fuelled drama. I happen to disagree with this assessment, as I do not think it is as cut and dry as that. Dollhouse was one of my favourite shows last fall – and that’s the whole season, rather than just the second half. All the way through, I was completely hooked.

Perhaps it was because I went into it without any expectations. I will confess that I am a very recent Joss Whedon converter — pre-Dollhouse, I had seen none of his work. So, I saw this show as something sleek, something different, with a killer premise — without comparing it to Buffy, Angel or Firefly.

But of all the shows that I record to watch later, Dollhouse is one of the first on my list. It’s funny, but I can’t really put my finger on exactly why that is. In fact, I don’t think it’s a single thing, but rather a collection of contributory factors. I think that Eliza Dushku is absolutely excellent in exhibiting so many different facets to her performance (in fact, that’s true of all the other Dolls, especially Dichen Lachman’s Sierra). I also absolutely ADORE shows with a mythology and a deep, twisty back story (two of my favourite shows are Lost and Prison Break).

I think that this season of Dollhouse is going to be oodles better than the last. For one thing, Whedon et al seem a lot happier in the publicity interviews, as though they are finally making the show that they want to make. The epilogue-like conclusion of season 1, ‘˜Epitaph One'(not aired by FOX, but available on the season 1 DVD) gave a hint at a masterplan, showing us where the show will eventually end up. It was a tantalising glimpse, and I hope the show continues with that particular story rather than stashing it away in the corner.

The list of guest stars to appear this season continues to grow, and is very impressive. Jamie Bamber of Battlestar Galactica fame appears in the premiere as Echo’s bride, while Keith Carradine (Dexter) will star as Adelle DeWitt’s nemesis. Look out for Alexis Denisof (Angel) and Michael Hogan (Battlestar Galactica), too. And, in what may be one of the greatest casting coups of recent times, Summer Glau (Firefly, Terminator: The Sarah Connor Chronicles) will play the recurring role of Bennett, a ‘Dollhouse employee who shares a past with Echo’, according to The Futon Critic. I for one can’t wait for Glau to join the show.

I just hope that Dollhouse continues in the same vein as the latter half of last year, as I prefer the serialised element to the procedural format. I hope that the back-story and mythology surrounding the Dollhouse and DeWitt continues to be explored, and that Whedon and co. continue to produce interest, engaging stories. Below is a promo and a sneak peek for the new season, which will air Friday nights on FOX at 9/8c, starting September 25. 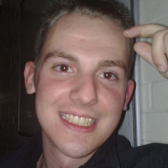