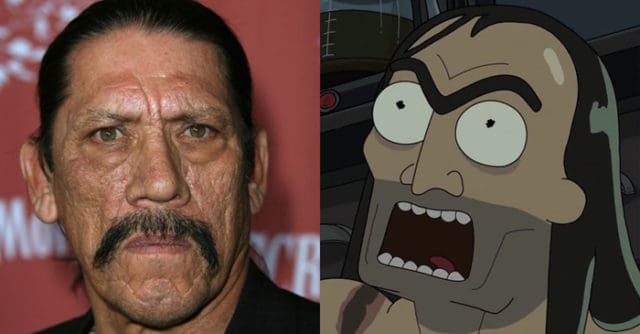 It’s a little difficult for me to believe that so many noteworthy stars have found themselves guest-starring for voice roles on this show. But then again a lot of actors do tend to take on some roles that people can’t seem to understand. They also tend to do so just to get their rep up and pad their resume as well.

So here are a few that managed to find their way to Rick and Morty. 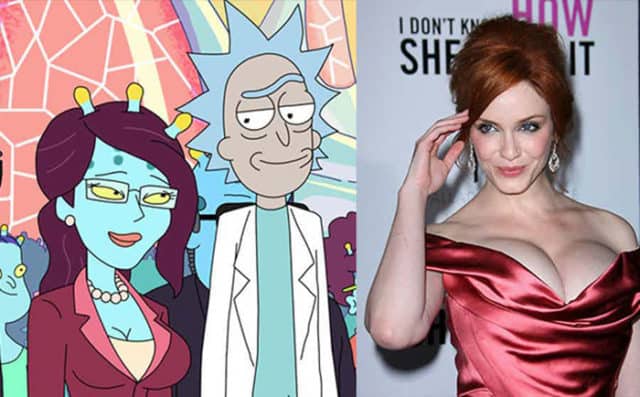 Unity definitely has something going for Rick, but lord knows why. Maybe he’s a different person with her. It could happen. 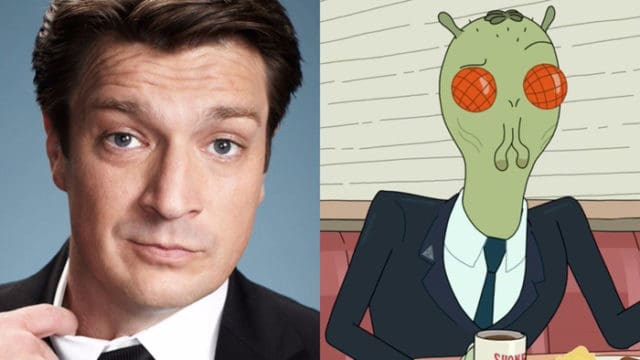 This thing looks like a giant mutated fly. Perhaps since Fillon is a part of scifi already this makes sense. 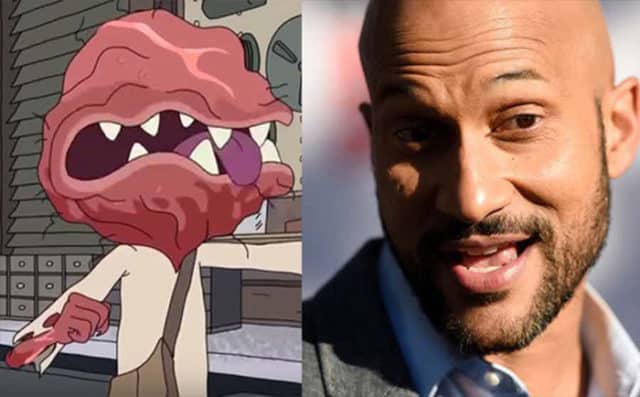 A testicle monster? Really? It would certainly be up Key’s alley to do something like this but still, the idea is kind of, wow. 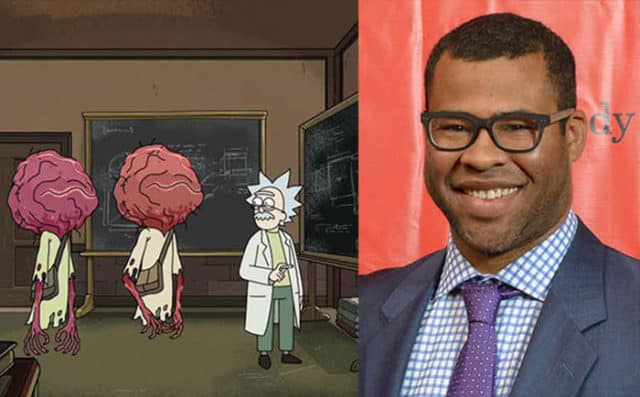 There’s a good chance that anywhere you find Key you might stand a chance of finding Peele. 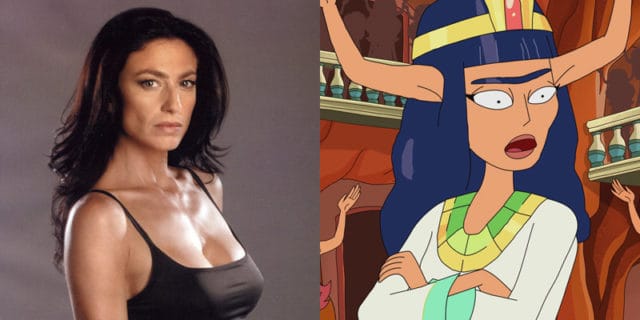 Another scifi legend, Black seems to lend another air of credence to the show. 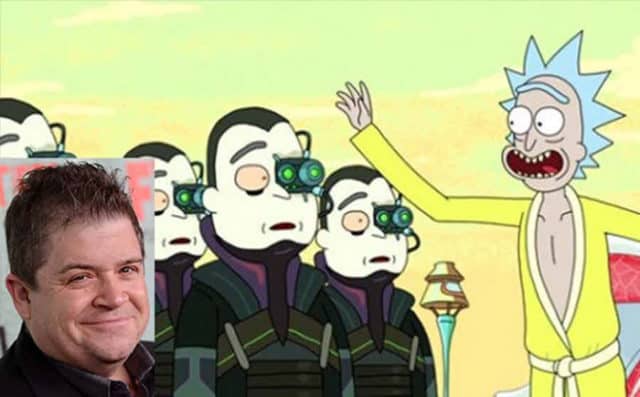 I get the feeling that Patton Oswald is up for most anything as long as he gets to have fun with it and just be goofy. 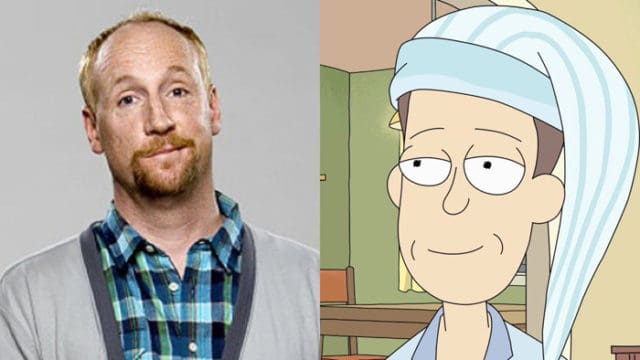 I’d ask what this character does throughout the show but with a name like this it’s kind of self-explanatory. 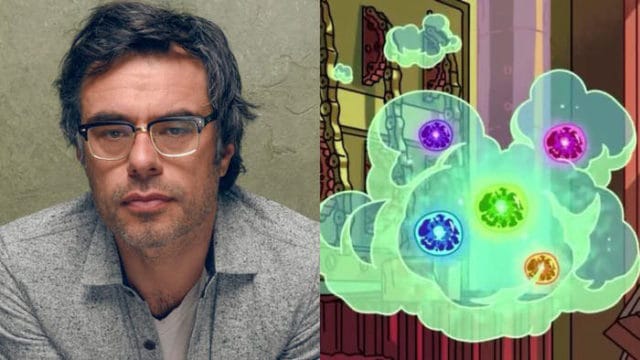 There’s a sentient gas cloud that exists in the show? Just one more reason not to watch anymore than I’ve seen. 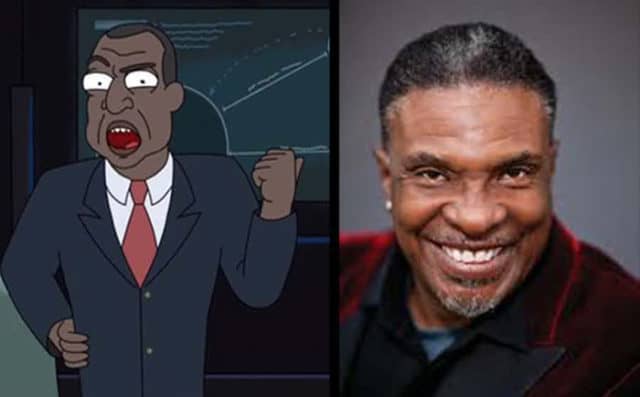 If there was anything that could class up this show it would be someone like Keith David, but I get the feeling he’s not there for that purpose. 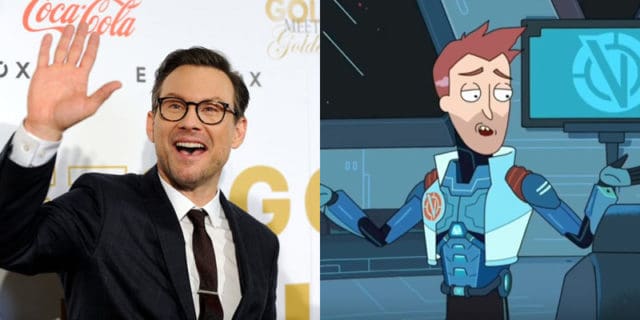 Was Mr. Robot not enough for him? I would have thought that such a return to the spotlight would have kept him satisfied. 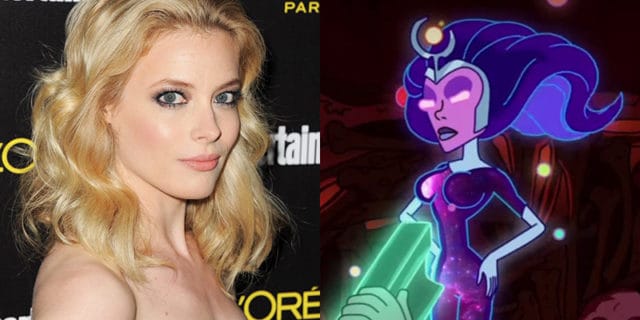 It just amazes me who the producers manage to get to keep this show running. Obviously some of these folks see something that others don’t. 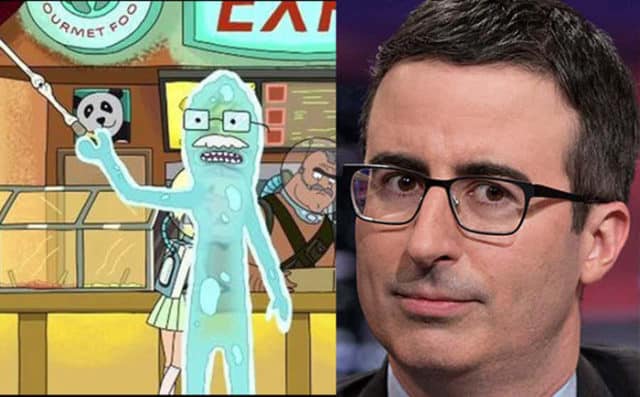 Okay, I like John Oliver a lot, but seeing that he’s contributed to this show just kind of makes me a little sad. 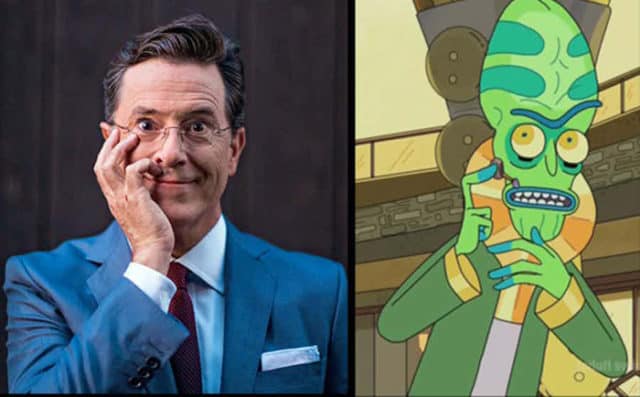 I can see Colbert taking the time to be silly on this show, it’s what he does and frankly it seems like a decent venue for him.

I would never have suspected that Danny Trejo would actually take on a role in this show. 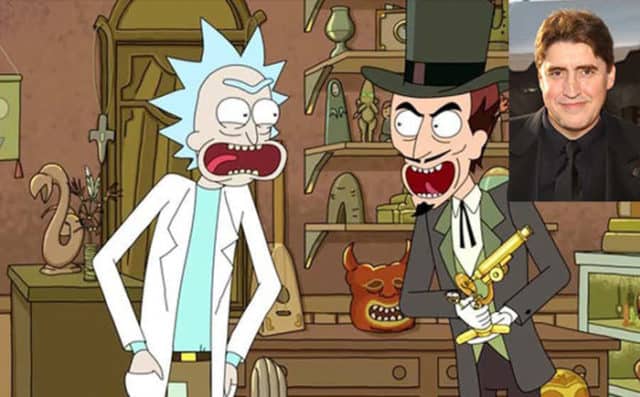 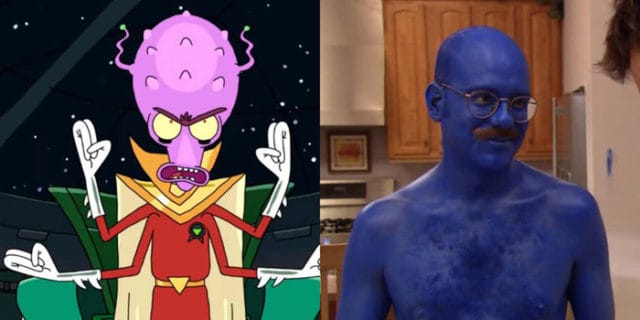 He’s genuinely funny, but being on this show seems like it would be a waste of a lot of talent. 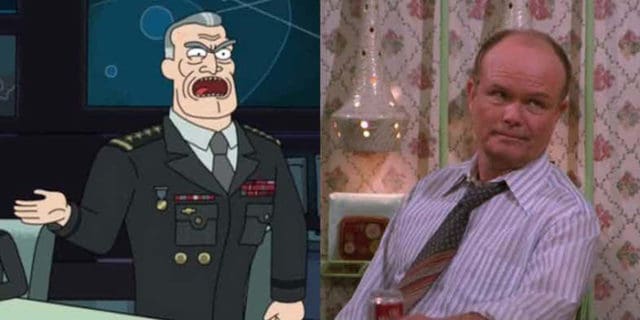 I get the feeling he’s allowed to channel his inner “Red Foreman” for this show. 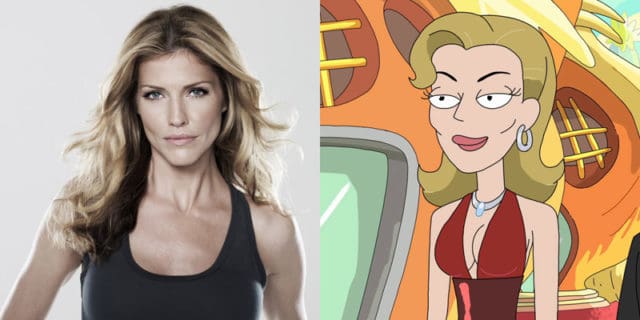 So are attractive women just brought in from time to time to distract people from how really awful this cartoon is? 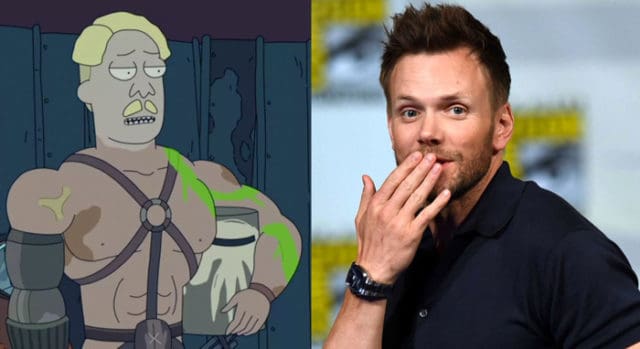 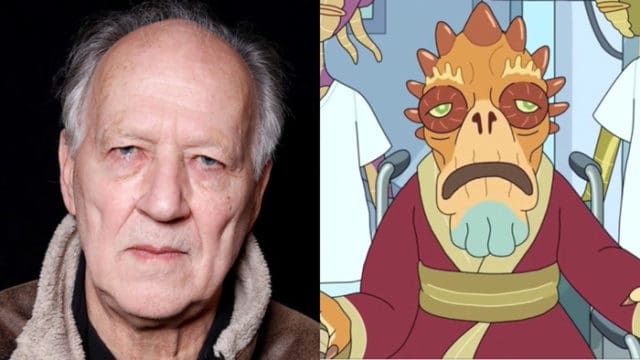 His character kind of looks like an anemic alien from Star Wars. 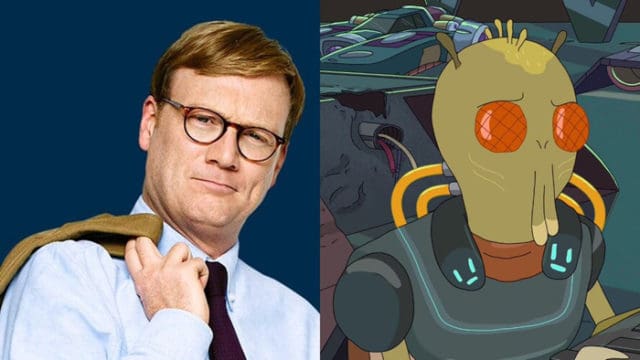 Hey, there’s one of those mutated, talking flies again.

You mean there are NORMAL folks on Rick and Morty? My mind is completely blown.

I get the feeling there will be more guest stars on Rick and Morty as it continues. Pity.