Home
Movies
5 Nontraditional Christmas Movies to Spice Up Your Holidays 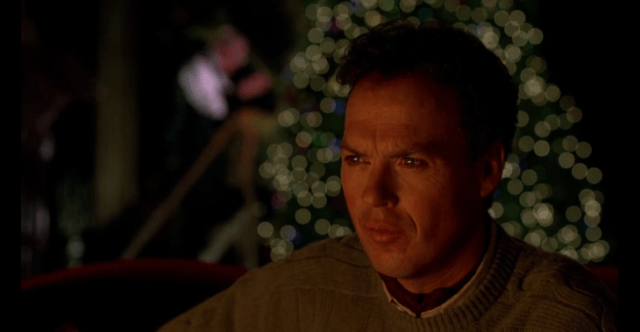 Batman Returns — It’s easy to forget, given how truly bizarre this movie is, that a major plot point of it is that it takes place over Christmas.Â  Given that it’s peak Tim Burton, unsuitably dark for the franchise and features extremely surreal takes on both Cat Woman and the Penguin, its Christmas-ness tends to get overlooked.

But it is, indeed, a Christmas movie, strange as that is to say.Â  Its plot is a nightmarish reimaging of the Pied Piper, with the Penguin kidnapping the children of Gotham during the holidays to punish the sins of their parents.Â  The movie is decked out in vibrant reds and greens and Christmas trees are inescapably integrated into the film’s outlandish aesthetic.Â  Besides, there’s something to be said about the Penguin being the primary villain on top of everything else. 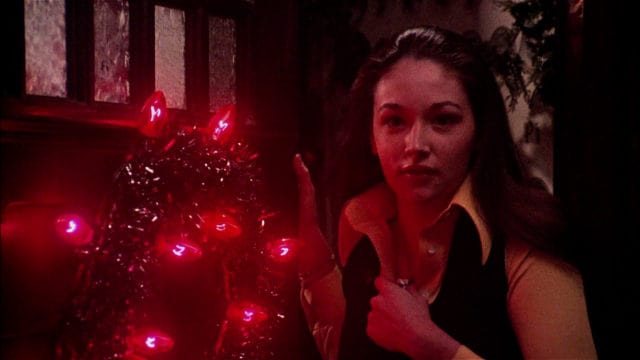 Black Christmas — You can’t go wrong with this movie (unless, of course, you go with its atrocious 2006 remake).Â  It even has Christmas in its title.Â  It was even made by the same guy who directed A Christmas Story: a movie that functionally epitomizes the highs and lows of the holiday.

The fact that it’s one of the most influential and critically acclaimed horror movies of all time is of secondary concern.Â  Following the rapidly dwindling members of a college sorority over Christmas break, it is one of the more unique and better-executed slasher films in existence: right up there with Psycho, The Texas Chainsaw Massacre and Halloween. 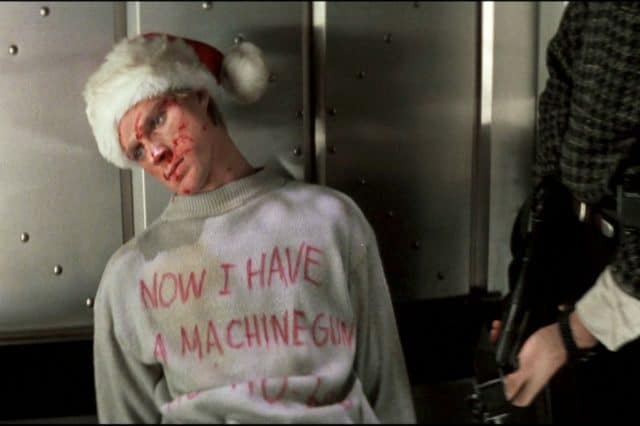 Die Hard — It seems that no holiday season is complete without somebody, somewhere, dredging up the age-old argument of whether Die Hard counts as a Christmas movie or not (for the record, it totally does).Â  Inevitably, while scrolling past holiday selections in movie libraries, streaming services and Christmas e-shops for something to watch with the rest of the family, somebody will try to convince everybody to watch it instead of It’s A Wonderful Life yet again.Â  And, also inevitably, they’ll be vetoed by the family’s more senior members.

The argument essentially boils down to when the movie is set: at an office Christmas party on Christmas Eve, 1988.Â  And, to that end, it has all the seasonal trappings you’d expect to find in the opening scene from The Santa Clause.Â  The fact that it stars Bruce Willis and a machine gun thwarting a corporate heist is merely icing on the cake (or, rather, tinsel on the tree). 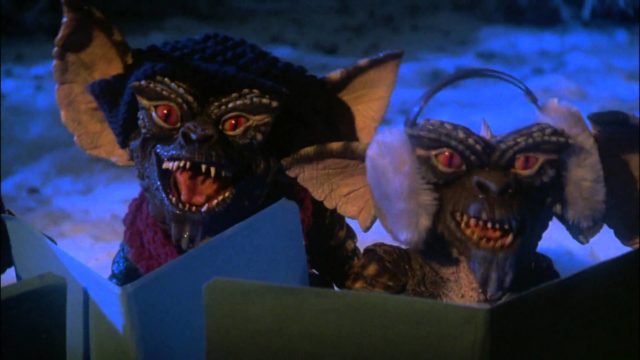 Gremlins — Growing up, my dad hated any movie that questioned the existence of Santa Claus.Â  He was always worried that us kids would catch on to the adult world tipping its hat at what we accepted as a fundamental truth of childhood.Â  So when the kid in The Santa Clause has his mid-childhood crisis about Santa, when they try Santa in Miracle on 34th Street and even the dad’s sly confession of buying the Red Rider BB Gun in A Christmas Story all made him cringe for this reason.

The biggest offender of all, though, had to be Gremlins.Â  Despite its deceptively PG rating, we were absolutely too young to watch the movie in the first place, let alone ritualistically every holiday season.Â  What caused him to squirm, however, was one character’s memorable monolog about why she doesn’t like Christmas.

You see, her father went missing on Christmas Eve and remained in the wind for weeks as the family desperately tried to figure out where he had gone.Â  One night, when trying to light their fireplace, they discover a rancid smell coming from the chimney.Â  But when they break through, expecting a dead car or bird, they find her missing father: arms loaded with presents, having snapped his neck trying to come down the chimney on Christmas Eve.Â  And that’s how she discovered that Santa wasn’t real. 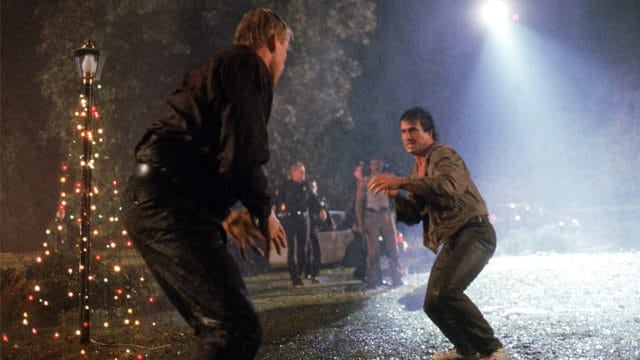 Lethal Weapon — It strikes me as odd that while Die Hard is widely hailed as an ironic Christmas classic, Lethal Weapon has not received the same treatment.Â  Maybe it’s because the film is less visually wrapped in the physical trappings of the holiday.Â  Maybe it’s because Die Hard ultimately proved to be the more popular of the two.Â  Or maybe there was only ever room enough in the world for one R-rated, hard-action Christmas classic.

I would argue, though, that Lethal Weapon is more ostensibly about Christmas than Die Hard ever was: more focused on the unique possibilities of Christmas as a narrative device than Die Hard, which only ever used is as an excuse to have a large, after-hours gathering of office employees for the terrorists to hold hostage.Â  Many people the world over have a hard time around the holidays, especially when they’ve lost somebody close to them.Â  This is the central tenant of Martin Riggs, which is deeply explored over the course of the movie while being ceaselessly exacerbated by the backdrop of holiday cheer.