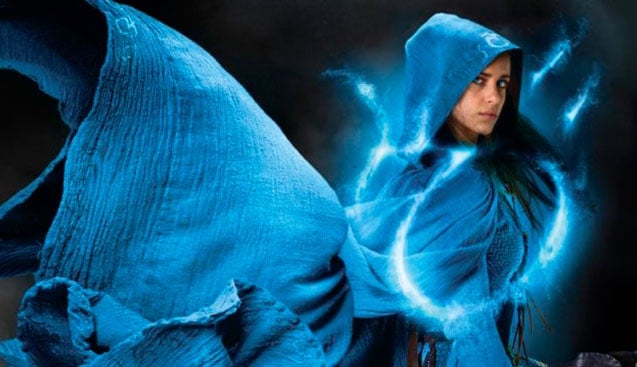 If there’s one thing that can be stressed when it comes to Hollywood writers it’s that they and their producers need to come up with some new ideas. The reboots, the remakes, and the sequels that lead nowhere have gotten old as of a decade ago. There’s one resource that likely gets tapped from time to time but doesn’t seem to register with some individuals and it carries some of the greatest stories that are easy to find, and it’s called the bookstore. Hundreds, thousands of titles are waiting to be noticed and possibly developed into something worthy of showing to the public, and one series among them, The Demon Cycle, is one of those that happens to be more than worthy to be adapted for the big or small screen. The advantage of bringing this series written by Peter V. Brett to life is that not only is it a five-book series, but it’s the kind of story that has an epic entrance, middle, and ending to it. This is the kind of story that could help to step up the fantasy genre in a big way as it deals with the decline of humanity thanks to the emergence of demons, horrifying creatures that come during the night and fade back into the Core during the day. From the characters to the monsters to the settings there is more than enough material to work with and more than enough potential to bring this series into the light.

Here are a few reasons why this needs to happen.

5. It could be the next big thing in the fantasy genre.

Stories have come and gone within the fantasy genre and while some have done well others have fizzled out horribly after only a season or two for various reasons. It’s fair to state that this series would need to be treated with as much respect as any other, but if the story was treated as it should be then it would eventually tell itself. Not only is dealing with the decline of humanity due to the demons that plague them, but it also shows a very human aspect in how people treat one another and are still every bit as dangerous as the demons thanks to their constant squabbles over one thing or another.

4. This could be the logical progression from Game of Thrones.

Some folks are still, believe it or not, lamenting the loss of Game of Thrones and are looking forward to the prequel that’s supposed to be coming. But if this story were developed into something equally as great if not greater it might be what fills that gap in peoples’ lives and allows them to latch onto another brilliant series that goes full-bore into the magic and doesn’t look back. Where magic was something that was generally feared in GoT and many other shows and movies, it is absolutely essential here. That’s part of what makes the story so great and what helps to drive the plot forward.

3. The use of magic is excessive but absolutely necessary

Some folks don’t care for magic as it makes everything too easy, some love it because it produces great effects. The magic in this series however is something that is absolutely needed for survival as the magic is bound within wards that are drawn, painted, etched, or inked upon various surfaces. These wards can be defensive, which is common, or offensive, and can be used as a weapon, or on a weapon. Magic in this series isn’t meant to be flashy or glamorous as it might be in Dungeons and Dragons, but is instead a way of life that helps people survive from day to day.

2. Each character has a very developed back story.

Every character in this book has a purpose no matter how vile or grandiose, and it shows since Brett describes each one of them as though they’re vital to that moment and every moment moving forward. Many are killed off, some simply come and go, but the reader still gets a good enough accounting of each person to think that they’re worth paying attention to since the author takes the time to flesh them out and give them at least a moderate story that will keep them interesting. Of course the main characters carry the most detail, but even the supporting characters have a strong sense of purpose to them.

1. Arlen Bales is the perfect protagonist.

Arlen starts this story as a young boy that runs away from home when he sees his mother killed by a demon, or coreling as they’re called, and also sees that his father does nothing to stop it. He learns to be a master warder and eventually a messenger, delivering messages to and from various villages. Eventually in the story he becomes the Warded Man, a legend that grows among the townsfolk as it’s said that he can slay demons with his bare hands and has no fear of staying out in the night. In a very big way Arlen is the perfect hero since he doesn’t try to be the hero, he simply tries to exist.

This needs to happen.