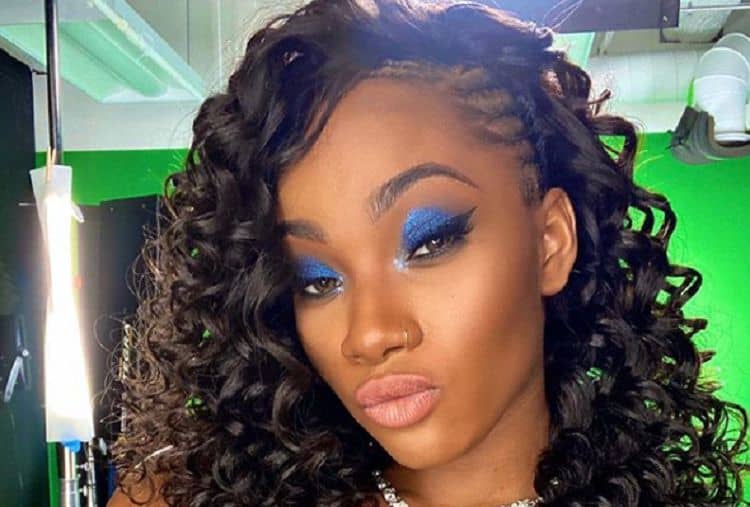 You probably haven’t heard a lot about Egypt Criss. She’s a new actress, but she’s one of the cutest 18 year olds to grace the set of “Growing Up Hip Hop.” It’s about time for her to start getting some press. She’s just making her appearance as a professional actress and we think that this young lady has the potential to move forward. Starting out in a reality television series is a good move. It’s given her exposure to the public that will help her to move forward in her acting career. She is the daughter of Sandra Denton of Salt n Pepa and famed rapper Treach, but she’s striking out on her own.

Here are five things you didn’t know about her.

1. Her mother doesn’t agree with her career choice

Now that she is 18, Egypt can pursue any dream that she wants, but it doesn’t mean that it will be easy. Her famous mother has walked the path that Egypt has chosen and she hasn’t given her blessing to the young actress who is seeking a solo career in music. Denton tends to be overprotective in the eyes of those around young Criss, but what mother isn’t? She knows first hand about the dangers and pitfalls of the hip hop business because she is one of the musicians that helped in getting hip hop established. Could it be that she needs to loosen her grip or does mother know best?

She was born on September 2, 1998. Virgos are generally even tempered and they have a great eye for detail. In fact, they are so analytical that they can drive the people around them batty at times. They also have a tendency to want to please the people that they love, and there i a strong drive to be a care taker and a fixer when there are problems afoot. This is accurate when it comes you Ms. Criss. From all appearances, she’s got what it takes to move ahead in her solo music career, but family support would make it all the better for her.

3. She already has her own business

Egypt established her own line of jewelry. It is called Be.See.Own. This is a really positive first step for her in laying the foundations for her to start building her own wealth. It is important when you’re in the entertainment industry to not put all of your eggs into one basket. Diversification is the way that it’s done. This is also a way for her to show her extremely creative side.

4. She took the last name of her father

There are many fans of Treach who love his music but haven’t taken the time to research much about his personal life. His real name is Anthony Criss. This is where Egypt gets her surname from. She is the only child of Criss and Denton, but she does have a brother whose name is Tyran Moore. Her full birth name is Egypt Jahnari Criss.

5. She is surrounded by famous family

We know that she has famous parents, but Egypt also has a famous uncle. Diesel is the younger brother of her famous father. Her uncle is a rapper from the Rottin Razkals, a group that is closely tied with his brother’s group Naughty by Nature. Talent seems to run in this family on both sides.