Home
Entertainment
9 Questions with “Anything for Jackson” Composer John McCarthy 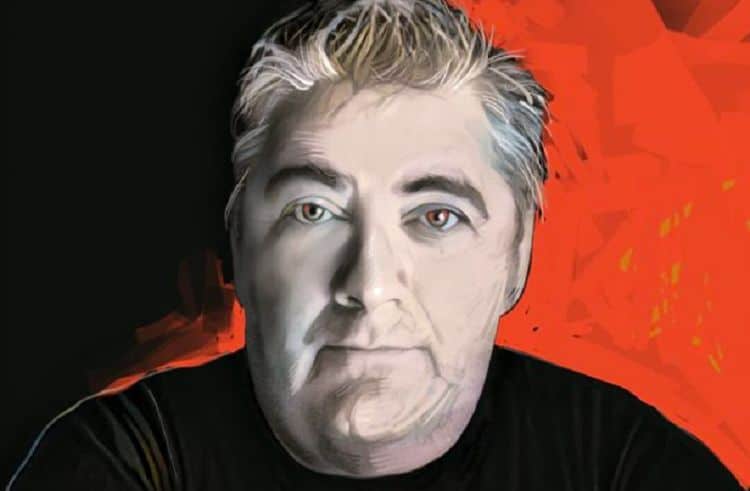 Justin G. Dyck has directed over 15 feel-good, holiday films including Christmas in Paris, Christmas Catch and Christmas with a Prince. This year he is mixing it up with his “anti-Nativity” horror tale Anything for Jackson. The film follows a bereaved Satanist couple who kidnap a pregnant woman so they can use an ancient spellbook to put their dead grandson’s spirit into her unborn child, but end up summoning more than they bargained for. Since a good horror film isn’t complete without a chilling score, we spoke with Anything for Jackson composer John McCarthy. Below we asked McCarthy 9 questions about everything from his Anything for Jackson creative process to his love for The Queens Gambit.

-Did you initially know the film was going to be shown on Shudder? If so, did you format the score knowing their genre-centered programming?

The sale to Shudder was actually after it had been completed.

-Did you watch any like movies to get inspiration for the Anything for Jackson score?

I watched several movies during the preparation/ideation phase including some classics like The Shinning or Rosemary’s Baby and more contemporary horror films like Cabin in the Woods.

-A more specific music question, When Dr. Walsh is having the nightmare, there is very menacing music in the background. During this sequence, it also sounds like there is a choir singing. Is this accurate? If so, can you talk about who you got to do vocals for this?

What you’re hearing is many takes of harmonic violins, flute overtones, and layered aleatory choir vocal samples which work together to provide tension. The purpose for a lot of the score was to provide unending tension that never resolves or lets the listener off the hook.

P.S. No vocalists were harmed in the recording of these samples.

-What instruments have you found make the most terrifying sounds?

Personally, I’ve found that the most terrifying sounds are violin harmonics and flute overtones. ‘Fundamental’ notes generally don’t carry the same essence of terror that these ‘extensions’ that I utilized have. These extensions give the harmonics and overtones an ‘ungrounded’ timbre, which create perfectly unsettled sounds.

-Another specific music question, When the trick or treater appears at Audrey’s door, your score really accentuates how frightened she is. Ultimately telling the audience we should be scared too, and this isn’t just an innocent prank. What instruments did you use for that “hit”?

The Trick or Treat scene was my favorite to score. I used percussive sounds for those aforementioned hits, which was executed using a soft mallet striking the bottom end of my Baby Grand. That flurry of high notes was played on a piccolo, and put through a battery of plugin effects to render the sounds otherworldly.

-When you were working on this scene, did the director, Justin G. Dyck, instruct you to take up the volume? Or did that come with experimentation?

Justin did request an additional ‘jump’ when the young trick or treater ran across the room, however I had creative freedom for the rest of it. I tried to approach the scene with a slow build, so it would be long and intimate. I was inspired by the ‘old school’ approach to horror scoring in regards to the dynamic changes in volume as it’s directly influenced by the actions and reactions in the scene.

-You won a Genie award for your work on The Stone Angel. Why do you think that score stuck out to so many people?

Unrequited love was the theme that drove that somber score. It tapped into the sorrow that Kari Skogland’s adaptation of Margaret Laurence’s novel The Stone Angel carried. The score had a unique Celtic-esque sound to it, which was reinforced by the vocals, uilleann pipes, violins, and flutes.

-Is there a director or showrunner that you haven’t gotten a chance to work with yet, that you would like to?

I would love to work with William Horberg, Shonda Rhimes, or David Lynch to name a few, but I’m happy to work with any/all showrunners that will have me.

-Is there a show you are watching right now that you would like to recommend?

Just consumed The Queen’s Gambit which is fantastic. Actually, I had never seen Succession, but after all the Emmy love I thought I’d check it out and was hooked!