Home
Movies
A Brief History and Evolution of Beyond Fest 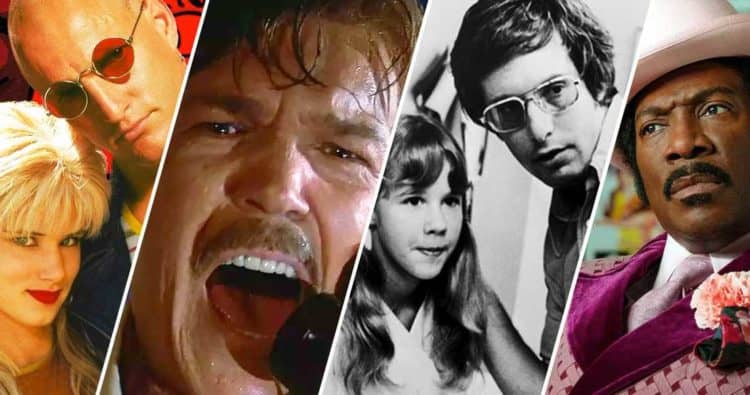 Trying to find even a brief history and evolution of Beyond Fest is beyond exhausting since it likely exists but getting to it is something that seems like an exercise that feels more like a hamster wheel rather than a true search for facts. Founded in 2013 the festival isn’t that old yet but it’s managed to evolve at any rate as it’s been seen to invite a host of famous names, faces, and musical acts to come and experience the festivities while others are allowed to come in and see what’s happening, what will be coming out, and what is still in the works. In essence it’s almost like another convention/concert that allows people to come and have a good time while checking up on what might be happening in the world of entertainment, primarily in the scifi, fantasy, horror genres along with a few others mixed in. People tend to come to Beyond Fest to see what’s new and what could possibly be exciting later on when it’s finally revealed to the general public.

Science fiction, horror, and fantasy are an intoxicating mix that when separate manage to draw a lot of people in thanks to their strange but appealing themes, while combined can become a truly amazing thing that can interest people even more if it’s done right. You could say that Beyond Fest has been doing it right for the last six years since it will be opening up in just under two weeks and will no doubt be taking a look at a lot of new material as well as older movies that people tend to still enjoy. Taking a look at their site might give you a better idea of just what they’re all about and why they’re one of the biggest, if not the biggest, genre-based festivals in the country.

The festival runs nearly two weeks, so it’s pretty obvious that there’s a lot of material to be covered, a lot to see, and possibly a lot to do. It boggles the mind as to just what might be shown at this festival and what kind of experience a person could walk away with, especially if science fiction, horror, or fantasy are your favorite genres. It’s quite a bit different from any other convention but does share a few similarities in that it’s for the people and is also a showcase for many artists that want to make a name for themselves. Held in Los Angeles, California, the festival is known to attract mass numbers of people that are both interested in seeing what is there to see, and those that are trying to get their films noticed and are eager to have people see them. There is a way to enter your film so long as the rules are followed and those that are looking at them are interested. Festivals like this could be a very good way for someone that’s trying to break into the business to get noticed, but it’s also a great experience so as to show them what they might need to work on for any future endeavors.

The chance to actually take part in the festival and have your material looked at is an exciting proposition for any budding filmmaker since it’s a reason to do your best and hope for the best when it comes to gaining the right kind of attention. It’s not a guarantee that anything is going to happen when it comes to submitting your film, as it’s easy to imagine that a lot of people think that this is their chance, that they have the kind of material that Hollywood might be looking at and find serviceable for their purposes. Beyond Fest is just one of the many places and opportunities for new filmmakers and those that have been in the business for a while, but it’s also a good time for those that want to go and experience the still new-ish festival that’s been around for less than a decade. If it continues to last one can only assume that it will eventually continue to grow, perhaps taking up more space so that it can accommodate the rising numbers of aspiring filmmakers and writers that are always coming up through the ranks.

From the shorts to the movies to the very experience that this festival offers it seems worth taking the time and money to make it down to LA and find your way in since it could be enough to make a dream come true or simply inspire a great number of people into doing something equally great if not greater. If there’s nothing else to be taken from this festival it’s definitely a chance to see what’s grabbing the attention of the people and possibly work off of that. Plus, it’d be a kick just to go.