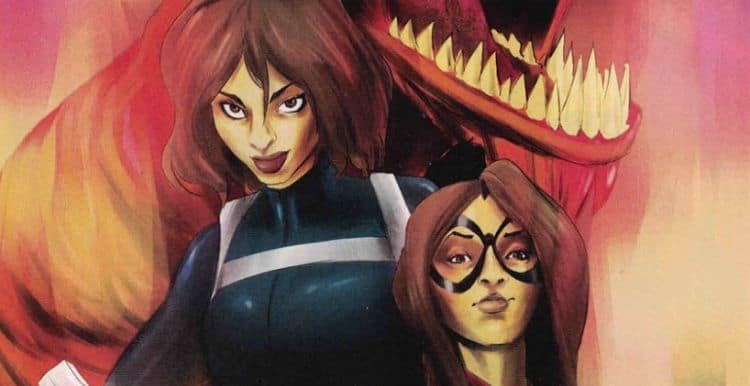 As Zach Lisabeth of Looper makes it clear the rumor that a live action Secret Warriors show is in development at Marvel is just that, a rumor. At this point things are still in shutdown mode but Bob Iger made it pretty clear that there are some projects that are in post-production and wouldn’t need as much to get going if someone was to get on them and make it happen. This could mean that the Secret Warriors show might be headed to Disney+ eventually, but Kevin Feige hasn’t ruled out that it might head to another network such as ABC. There’s just too much uncertainty at the moment and the main drive behind this is that Disney has been losing money left and right since the shutdown and needs something to bring things back to level so that they can start to recover, but with so many shows currently unable to move any further ahead it might fall to those that weren’t being planned on for a release anytime soon to step up and fill the gap in the meantime. For Marvel fans, Secret Warriors might be a well-known group that could make that jump and fill up a spot pretty easily and be accepted by those that are in the know. But for others that don’t know enough about Patriot, Ms. Marvel, or even Squirrel Girl, it’s likely that it would be kind of a confusing show.

At this point it’s not much of a concern, or doesn’t appear as it if it should be since Disney+ already has plenty of content and are apparently doing just fine with millions of subscribers and a network that’s chugging right along despite the shutdown. But looking ahead is wise at this point since there’s no telling when things are going to pick up again and when the studios will open up so that the bulk of the work that’s expected to come will be taken up by those that are currently at home collecting unemployment or perhaps looking for new jobs. It’s been rough on just about everyone at this time, even those whose jobs are deemed essential since they’ve had to pick up a lot of slack in an economy that’s taken a pretty substantial hit. Through it all though Disney does appear to be standing its ground fairly easily, enough so that the rumor of Disney buying out the WWE is currently circulating and making people wonder if such a thing could possibly happen since the WWE is also hurting apparently. The current crisis isn’t going easy on anyone and until it’s time to get back to work the general feeling is going to be to use what you have in the most efficient way possible. If that means unleashing heroes that people aren’t that knowledgeable of then so be it since it could mean the difference between really hurting or just riding a rough wave during the pandemic. For Disney it still feels that things aren’t quite bad enough to say that they might be hurting that much, but at the same time if they can’t bring out any new content eventually they’re going to be right to worry at one point or another.

The Marvel universe is continuing to expand obviously and this means bringing in new heroes, new villains, and new situations, but with the Secret Warriors one has to wonder just what’s going to be unveiled and how things are going to kick off. Thankfully since Thanos was already defeated in Endgame we don’t have worry about watching Squirrel Girl challenge the mad titan only to see the screen fade to black and then come back with the bushy-tailed hero having somehow triumphed over the purple-faced madman. That was too much for the comics really and in live action it would probably throw the fans into a frenzy. It will be interesting to see who the Secret Warriors are forced to face though since discovering their power sets and possible weaknesses would be nice just to get to know them a bit and feel them out from a fan’s perspective. There’s no doubt of diversity and inclusion with the group since just looking at them they’re definitely from different backgrounds and have a wide variety of differences that would make the group a little more interesting and possibly get people wondering just how well they get along and how cohesive they are as a group. If a person has seen just how a team works in the MCU, and most people have at this point, they’ll know that every team is bound to have issues but by the time they figure out that they’re all there for the same purpose it becomes possible to just click and agree that the bad guy needs to be stopped. That being said, this is still more rumor than reality, but there should be more on this subject to come.