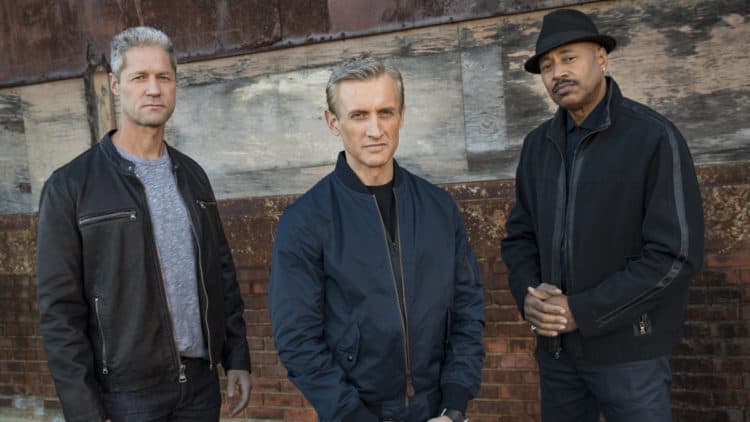 Live PD is a franchise reality television series that started in 2016 and follows police officers as they go about their shifts in public service as law enforcement agents. The show has been well received but it’s only been around for three seasons, so it has a long way to go if it is going to become a long-running series. There are a number of challenges facing producers such as recruiting cities to participate in the series and retaining them as cast members. Some cities are pulling out of the show because they have concerns about the public image of the officers who have appeared on the show. Reality TV is entertaining but it is also a business and in order to keep the show on the air, the decision makers must have a strategic plan for moving the show forward, making it interesting to viewers, attracting fans and keeping the ratings up. Here is a road map that shows how Live PD can expand its growing franchise with a working plan that includes the necessary elements for success within this industry.

In order to increase the appeal of the show, it’s important to consider the niche audience, and build the necessary elements around what viewers find entertaining. We know that good characters who are memorable, conflict, a bit of mystery, a bit of back story and an interesting set of circumstances is needed. A good plan will ensure that all of these important elements are present. In reality television, it’s difficult to predict what will happen in each encounter and call that the officers make and this offers the element of surprise. The editing of the footage is helpful and being a docu-series makes a lack of control over the content a bit more forgivable.

Building the franchise must include choosing cities that people want to know more about. Those with diverse populations and unique criminal activities can help to make the episodes more interesting for viewers. Routine traffic stops can be a bit dull and won’t necessarily hold the interest of viewers as much as busting drug dealers or watching a high speed chase go down. Recruiting cities that are known to have some controversial issues going on is a good idea for ratings. Any place that is well known for their art, historical contributions, financial institutions, prestigious colleges and universities are good choices because this gives viewers more than one reason for watching and it can help to boost the ratings while increasing viewership. If there are elements in the content that appeal to pop culture, viewers are going to be more interested naturally.

Create content that tells people what they want to know

The original series “Live PD” is popular, but in order to expand the franchise, a few spin-off series could certainly aid in boosting interest by getting the attention of niche groups. Building themes into the reality series such as charities that local police departments help to support, and building interest in these themes built around volunteer work performed by the officers is an excellent way to build the foundation for a follow up series such as “Cops that Care,” “Victim advocates” or” K-9 Cops.” The content and characters in the spin off series should be geared towards the target viewing audience with occasional links back to the original series that kicked off the spin offs for reinforcement of the franchise.

One of the most important elements of a good reality television series is the characters. The viewers need to relate to them in some way whether it’s to love them admire them, despise, or even hate them. The shows and their spin offs need to be focused on the officers, their subordinate and their stories. Although it’s a bit more difficult to shape the characters in a reality television series, the audience is looking for consistency and to get to know the members of the cast with all of their personality strengths, weaknesses and quirks that make them special. Shaping characters in a reality show so the audience can relate to them is a key in the success of any reality television series, according to Jeff Haden. Part of “Live PD” current success is because the cast is “humanizing the badge” as one of their top priorities and it’s giving viewers a look at the men behind the badges and uniforms. This gives producers room to expand on the good things that the officers do both on and off the jobs.

Setting up a strong social media presence for the cast of the show is one of the best ways to interact with fans and find out what they’re really interested in. Studies show that when the stars of a show engage with their fan base over social media by making weekly posts, responding to fan posts and giving them updates, it increases loyalty and overall interest in the program. The power of social media cannot be overlooked because it is an effective way to reach out to fans and make them feel more connected to the show as well as to key cast members. It can even help to draw in new viewers. A few photos of the characters along with video clips and public service announcements that bring followers up to speed on what’s going on in the cities featured on upcoming episodes of “Live PD” as well as a few personal facts about the cast and interesting things such as safety campaigns, involvement with local public schools and other community events are things that the general public like to hear about.

People like to catch up on shows if they miss an episode and one of the best options is to offer each episode through a streaming service. When you’re really into a show and something unexpected comes up it’s frustrating when can’t catch up whenever you want. Ensuring that all “Live PD” segments are available for viewing is a must. This falls into the category of meeting consumer expectations and demands. Keeping up with the same or better standards that are achieved by other networks is an important part of maintaining viewership but Discovery does a good job of offering full episodes already. It’s a practice that needs to continue.

Viewers love an opportunity to give their feedback on reality television. When you want to know what they think of the show and if there are suggestions for improvement then it’s wise to simply ask the questions, but you need to be prepared for the answers both good and bad. When you’re trying to build a brand of any kind, reality TV franchises included, you need the opinions of the viewership to assess whether or not you’re hitting the mark with them. Just a few simple changes can make a world of difference and there is no better source. Viewers are more apt to continue watching the show if they feel that their opinions matter and the producers care enough to ask and respond. Reality TV is a real business and when expanding a franchise you should leave no stone unturned when it comes to marketing and building recognition and loyalty. When fans feel that their opinions are receiving a response, they feel closer to the franchise and in the business of reality TV programs, it’s important to create that special bond.

The motto of American police men and women is “To protect and serve.” Discovery Channel producers can capitalize on this motto by sponsoring and organizing charity fundraisers to support causes that the police departments highlighted on the show are currently involved in or they can even expand upon these. This is one of the most suitable forms of publicity in line with the departmental motto. To take it a step further, footage from DC sponsored community events could be shown in snippets at some point in each of the episodes of the series. Any humanitarian efforts are appreciated by fans who enjoy learning more about what the cast does with their time when they’re not on duty.

Another popular way to expand a franchise, whether it’s for a reality television show or tangible goods sold from retail shelves, licensed goods not only bring in additional revenue, they also help to sear the image of the franchise into the minds of consumers. There needs to be reminders that offer visual images that make people think about the franchise. T-shirts, hats, coffee mugs, posters and other items are the standard items used to create brand or franchise recognition. In a similar vein, a catch phrase that is associated with the show is also helpful in creating recognition.

The complexity of franchise expansion

Building an effective strategy for any reality television series is a complicated process and there are a lot of different factors that need to be considered. It’s a business, similar to others when it comes to the need for getting the image, the brand and the characters in the public eye. Everything needs to be orchestrated in a manner that serves a banquet for the eyes and ears and gives consumers the type of entertainment they enjoy. In the psychology of how viewing reality affects the brains of consumers, there are varied reasons why people tune in but each viewer watches the show because they get something out of it and the narrative is a vital part of making the connection on a personal level.

“Live PD” is a reality television series that would be fun to work with because of the unpredictability of the content. Some scripting to help shape and develop the characters is not a bad thing. It’s not necessarily departing from the reality of the situation, but rather, can be done in a way that brings out certain aspects of the personalities of the cast that viewers will be attracted to. Character development is vital and so often it’s difficult to capture some of the special moments that reveal the admirable qualities of the members of the cast along with the fun interactions that happen in between rescue and other emergency calls that occur. It’s not all fun and games for certain, but there are some hilarious moments and some are heart warming.

The public wants a balance of content for the sake of entertainment in an exciting range of events and human interactions that move them on an emotional level. They want to be involved and connected to the characters or they will move on to a program that draws them in more fully. Expanding and growing the “Live PD” franchise creates a challenge for producers who must achieve buy in from the cities to ensure that the same cast members will continue with the show long enough to form a connection with fans, and there’s nothing easy about that job, but the show has a lot to offer in terms of exposure and positive press. Discovery is offering an opportunity for cities to show the world how well their finest serve and protect the local populations and collaborating on positive community evens and the local PD involvement in making their corner of the world a better place is a great way to do so.