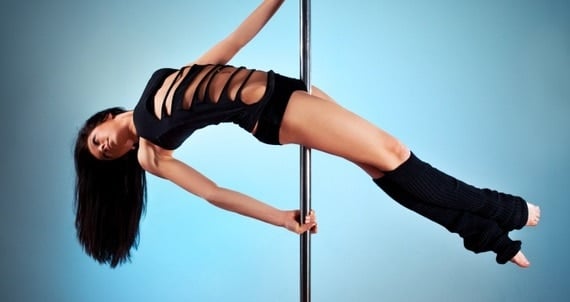 Given how incredibly successful Dancing with the Stars is, it’s certainly not a surprise that ABC is thinking of of branching out on that success.Â  However, the format they are using might surprise you.Â  Everyone knows how pole dancing has exploded in the fitness industry over the last 5 years or so.Â  But I don’t think anyone saw this one coming.Â  According to ABC

The show’s producers said the format would include allowing members of the studio audience to stuff dollars into contestants’ G-strings and thongs. And, celebs will be given their very own stripper aliases. The shows producers teased that people would have to tune in to see which celebrities were anointed “Silicon Valley” and “Thunder Down Under.” The show will have a humanitarian angle with each exotic dancer wannabe “making it rain” for their favorite charities. Although, contestant Shaquille O’Neal did warn, “I hope that pole ain’t holding up the building.”

P.S. We’re 100% kidding folks.Â  This came from Huffington Post comedy article.Â  But seriously, how awesome would this show be?Â  And by the way, I wouldn’t put a pole dancing show out of the question for any network.Â  Frankly I think it’s bound to happen.Â  Think about how gratuitous shows have gotten in recent years.Â  Remember how everyone complained about Rumor Willis on Dancing with the Stars for being too sexy?

Plus there are shows on television these days that use foul language and sexual suggestiveness at every hour of the day.Â  Is it so unreasonable to think a show like this can and will exist?Â  And think about this one folks.Â  Haven’t DWTS contestants done lap dances?Â  We’re really just one executive decision away from someone giving the green light on a “pole dancing” segment on DWTS.