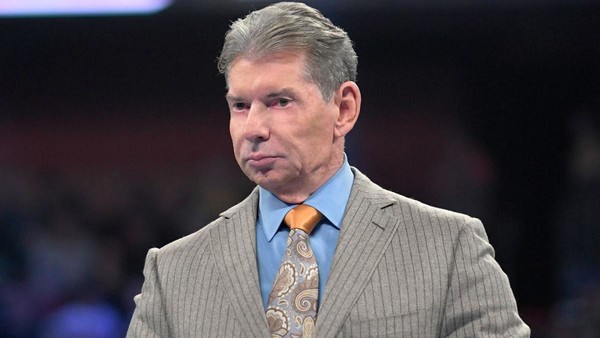 There are so many things you could say about Vince McMahon, especially given that so many things have already been said along a broad and winding spectrum. Some people like him, others can’t stand him, and some think he’s the devil himself. But one thing he most definitely is when it’s all said and done is a businessman. He might have questionable methods or he might be a genius, or both, it doesn’t matter. The man knows how to make money and he knows how to put on a show. Brendan Cole from Newsweek has pointed out how talk show host John Oliver called Vince out for his treatment of his wrestlers and how he keeps them as independent contractors but won’t let them move on to other venues if they want, which would be natural for an independent contractor to do. But despite the fact that he is morally questionable in his methods at times, he’s still the kind of guy that seems capable of drawing more and more people to his side since he does tend to have the kind of bankroll that can excite even the most jaded performer. Harry Kettle from Ringside News has even gone on to write about how former wrestlers have spoken out about Vince and his business practices once they departed the WWE for good. Eventually you know a biopic is going to be made about this man, but it remains to be seen just who would be perfect for the role since it seems that it might be kind of difficult to find someone that really exemplifies McMahon and who he is.

Here are five men that might fit the bill.

One thing that any of these guys would need to do would be to get in shape, okay there’s two things, and they’d need to have that growling voice that Vince is so good at projecting when he comes to the ring. Of course they’d all have to learn how to act, walk, and talk like Vince and in accordance with the show they’d have to become a real jerk in order to do so. Let’s face it, on camera and in the ring Vince is one of the most reviled men in the entire WWE. It might be that he’s not all that nice behind the scenes but that’s usually taken on a person by person basis since some folks he’s nice with and others well, not so much.

Bruce with hair would be a shocker for a lot of people since he’s been rocking the bald look for quite some time now. But it does seem that if he tried for this part that he might be decent at it provided that he was in shape and really poured on the kind of anti-charm that makes Vince who he is when he’s in character. That being said it might also be necessary for any of these guys to wear facial prostheses in order to really make the look work. After all Vince does have kind of a wider face than some folks.

Neeson definitely has the right kind of growl that he needs to make the character work, and since he’s still acting this seems like it would be a perfect role since it’s not too much action and it’s plenty of just acting like a tough guy and being a kind of jerk depending on how the filmmaker would want things to go. The story of Vince’s life would likely use a few different actors to portray him at different ages but it seems fair to say that Liam could definitely make it work in his favor.

This might sound like an odd choice but hear me out. Kevin Costner has usually been a rather soft-spoken actor that gets loud only when he needs to. But he can growl and he can act in a way that makes him seem like an alpha jerk when he absolutely has to and he can be the bad guy if he needs to be. But while it might seem as though he’s not as big and bad as Vince is reported to be at times it still does seem as though it would be a fun attempt to see him make.

The only thing that Ford is really missing is the girth of Vince McMahon since he’s got the growl and the attitude down pat after so many years. That’s what most of these guys are missing to be honest since Vince is a big guy and has been ripped for a while. Now that he’s getting older it feels safe to say that time is having its way with him, but all the same it still feels as though a lot of the guys on this list, and in general, might have to either bulk up or wear a bodysuit, since CGI doesn’t seem like it would do this kind of film justice.

No matter who did the part, the swagger and the growl are two of the most important aspects.