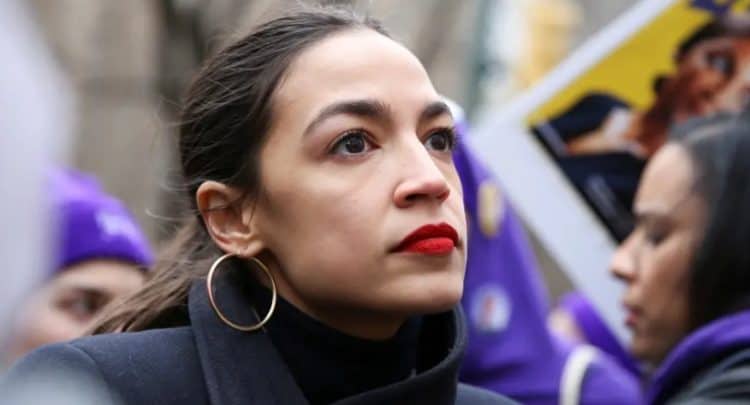 There’s a lot that can be said about Alexandria Ocasio Cortez both good and bad depending on who you speak to, since Democrats tend to think that she’s one of the most positive characters to ever be elected to her position and Republicans tend to be certain that she’s not quite ready for Congress in many telling ways. The point is that AOC is shaking things up quite a bit and while it’s making some people happy it’s upsetting others and inspiring them to look at her as someone that lacks the experience or the know-how to do her job. That being said, should she ever be represented in a movie it would seem that it might take a woman that’s somewhat similar in appearance, or at least someone that has the same kind of fiery attitude that she’s been seen to have since she took office.

Here are just a few selections that might be able to portray her character.

You might be saying that she looks nothing like her, but quite honestly that doesn’t mean much since makeup and different hair colors and styles can make all the difference. The idea of casting Ana is more along the lines of taking advantage of her ability to step into a role and make it her own, plus the general attitude she can display when she really needs to. Add to that the fact that Ana seems to be trending these days and it would seem that she should at least be in the running for such a role since she’s a talented young actress that can step into this position and make it convincing enough that we wouldn’t begrudge the fact that she’s not that similar in appearance.

Once again it’s more about the acting talent than anything and while it’s possible to make a person look as much like the individual that’s being represented it’s not always the most crucial thing. It’s arguable whether AOC has a strong presence in our government at the moment since like anything that has to do with her you’d have to ask various people and get a baseline reading on just what she’s done and what people think. But overall Victoria does have the kind of skills that would allow her to step into a role such as this and make it hers. She might not be the first pick but she should at least be on the list.

You might think I’ve gone crazy putting her name on here but honestly Olivia is able to play characters that some might not think are right for her and it’s more than time for her to show just how versatile she can be since she’s already shown great potential in this area. Whether or not she would accept it would be the question, since this kind of role would likely be kind of demanding, not to mention that it would be something that anyone might think could come with a lot of backlash depending on how they played it out. But with the skills and level of talent that she has Olivia could knock this one out of the park.

It’s hard to say this with a straight face since AOC has shown that she can go beyond the pale and look rather eccentric at times, but Michelle’s attitude might be TOO intense for this role, which is why she’d be perfect. Some people might want to disagree and say that Michelle wouldn’t be able to come down to AOC’s level or perhaps wouldn’t be able to match her energy, but that seems like a rather foolish thing to say since Michelle has displayed that she has exactly what it takes to create a character that’s more than one-dimensional and can take on a host of different characteristics.

Out of all the picks she seems like the best one to nail it down with since she’s got the look of AOC, as close as many are going to get, and she can definitely do the eccentric attitude and over the top personality that would capture AOC quite nicely. The fact is that she’s a great actress that has been put in a lot of questionable movies over the years and really needs another one where she’s allowed to be at her best and in control of her character in a way that shows just what she can do. Rosario has been one of those actresses that does something really great and then fades into the background at bit, or so it seems, and picking her for this role makes one feel as though she might be remembered for quite a while once it was all said and done.

The others are decent picks, but Rosario would be perfect.