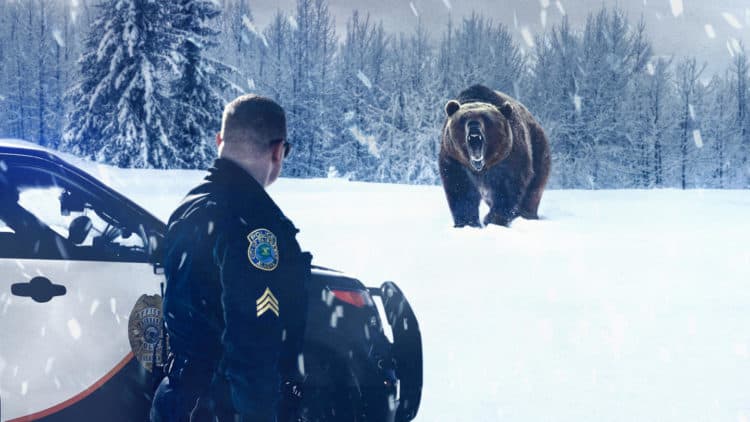 Alaska is, in many ways, a harder place to live than the old west. Lawlessness and crime still run rampant in communities that have no police to speak of. Simply living in such a cold wilderness is its own challenge, and fighting to bring the American legal system into communities that have never had to abide by such a system is a considerable challenge. Visitors see the beauty of the frontier, but rarely spend enough time in the state to have an accurate idea of the unique challenges that come with living or working in an environment that’s so harsh. A&E is bringing a spotlight to the legal struggles with their new show, and we’re here to share ten things you didn’t know about Alaska PD.

Alaska doesn’t have big cities the way the rest of the country does, though Juneau, Anchorage, and Fairbanks are all large by local standards. There are over a hundred and sixty communities in the state. However, only about fifty of them have any law enforcement. Not all the communities are large enough to have even a post office, but in the lower forty-eight states, even those smaller communities at least see state troopers and sheriffs pass through most days.

For an officer who lives in a northern community, there may be months between when a crime is reported, and when courts can receive the first report of it. Snow and lack of interstate transportation can keep an officer waiting until the next flight out in spring or summer to file a report that a judge or lawyer will see cross their desks. It’s not that they aren’t trying to do their jobs, but many communities see only a few flights in or out in a year and have no roads or USPS service to get that information into the right hands to take the next step.

A&E’s goal in putting Alaska PD on the air isn’t just for novelty and ratings. The network is helping to bring attention to the situation in our northernmost state. Highlighting the lives and challenges of the officers who work the vast spaces in Alaska helps to bring in new officers, and create inroads to bring better justice systems to the people who live in AK.

On top of the laundry list of extra troubles with trying to enforce laws in Alaska is the fact that plenty of people who live there don’t want law and order. It’s normal for people to go armed everywhere for self-protection, not unlike they did in the old west, and officers are few and far between. Even in summer, help might not be coming, and you can bet criminals know that as well as the Alaska PD officers.

The extreme cold can indeed be its own problem, making survival hard without any other issues. People with guns, both law-abiding, and criminal are a challenge, but not to be ignored are the other threats to an officer’s survival and that of the people they are trying to serve and protect. Wild animals will kill a person faster than freezing, at least when it’s not the middle of winter. A bear or other predatory animal can be as much of a challenge for officers as a human.

Plenty of people dislike the police. Some, with good reasons, others because they were taught to do so. For officers in the Alaska PD, that’s one of the largest challenges. It’s difficult to bring law to people who don’t see you as ‘one of them’ because they classify an officer as an outsider, an ‘other,’ who is not part of the ‘us’ in ‘Us Vs. Them.’ This is a quintessentially human problem, illustrated brilliantly by the way A&E has highlighted these few individuals’ unique struggles as police. They’ve worked hard to help humanize them, and remind everyone that police are people too, just as deserving of respect and consideration.

7. Not The First Time

Perhaps because of its beauty or the massive cultural differences, Alaska has been a subject of fascination for A&E viewers before. Alaskan Bush People was (and remains) a dumpster fire of bizarre behavior, but it also helps bring light to the situation in Alaska. Realities of living so far north and so far from help are something few people would ever consider without shows like Alaska PD.

8. Not Everyone is Onboard

Some police departments have welcomed the camera crews with open arms. The chance to have their stories heard is a welcome opportunity. Not only to become more ‘real’ in the eyes of locals, and the rest of the country, but also to help recruit the next generation of officers to carry on the important work of trying to bring law, and indeed more civilization to the cold north. Officers from Kodiak, Fairbanks, Kotzebue, and Petersburg will be featured in the first season. Hopefully, additional seasons will offer more police in other places the chance to share their tales as well.

If you think that the Alaska police departments ‘just need to hire more people,’ then you’ll soon understand what a challenge that can be. Even in communities with a budget for police, the pay rates are low. Anchorage and the State Troopers get paid better, which leaves many smaller communities struggling even to find one person to do the job.

If you’re looking to watch the first episode of Alaska PD, you missed premier night on January first. However, you haven’t missed much yet, and there’s plenty of time to catch up on A&E’s latest brilliant foray into law enforcement.