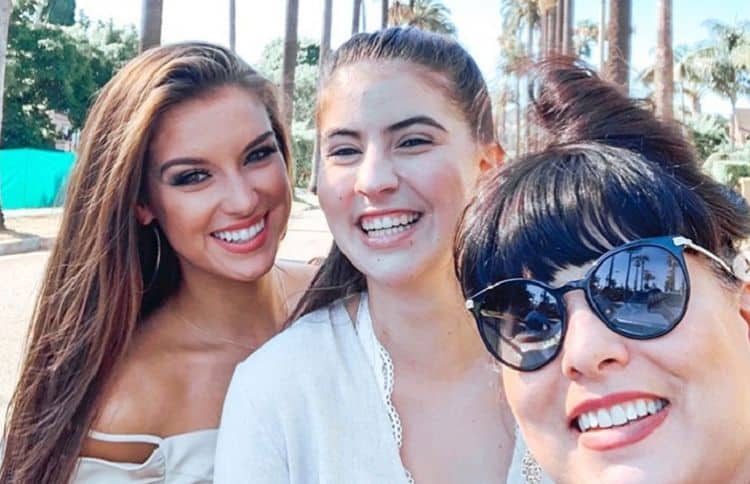 Fans and audiences of this season’s Bachelor already know the scoop. However, we should warn you there are SPOILERS AHEAD before you read any further. Alayah Benavidez has been the center of one of the biggest dramas of the season so far, and we love her for it. This feisty Texas beauty isn’t letting go of her chance at love, or her fifteen minutes of fame lightly. We were so intrigued that we simply had to know more about her, so we rounded up ten things you didn’t know about Alayah Benavidez.

If Alayah Benavidez’s Instagram snippet is true, and we assume it is because we all know every word you read on the internet is 100% fact-checked for accuracy, she’s a major coffee lover. Specifically, her profile says, “Latte Addict.” That explains where she gets all her energy from. She used that energy to win a pillow fight at one of the group dates this season but unfortunately lost the kiss because Peter had to rescue another girl who got throttled by a pillow.

Alayah is a very smart woman and incredibly driven as well. Where does all that motivation come from? Well, when she was in high school, she was diagnosed with dyslexia. For Alayah, hearing that she had a disability didn’t even slow her down a step. Instead, she took it as her cue to ramp things up and work even harder. We can all admire that attitude in the face of adversity, and so far it’s working out for her pretty well. Reading may prove a challenge, but Alayah seems like the sort of woman who can conquer anything you put in front of her, except for Peter, who went a different direction in his quest for love.

She’s competitive, alright. Alayah is the 2019 Miss Texas, and that’s not her first pageant win. If you know anything about pageants beyond the fact that they involve pretty dresses, then you already understand that pageant girls don’t give up. They have to be active in community service, physically active, and have at least one talent that’s stage-worthy. No one ever called a pageant queen lazy, or at least no one who knew what they were talking about.

Sadly for Benavidez, she’s not the only Pageant winner on this year’s bachelor. Competitor and 2019 Miss Louisiana Victoria Paul is also on the show. In fact, the other Miss made it further than she did on the show. However, not to be trifled with, Alayah stormed a later episode to tell Peter that Miss Louisiana was lying to him. It wasn’t enough to get her back in Peter’s good graces, but it sure made for an interesting episode.

Lots of people donate to charity occasionally. Not Alayah. She owns and operates the Read the Way program, which aims to help kids who struggle with reading. It’s not surprising that educations and reading, in particular, are so important to her given Alayah’s dyslexia. Doubtless, she inspires the kids she helps because a little reading challenge isn’t enough to get in Benavidez’s way, and it shouldn’t stop them either.

While working as an orthodontic assistant to pay her way, Alayah attended the University of Texas at San Antonio. She got her degree while working, and she’s not through yet.

Love isn’t the only thing on Alayah’s mind. She wants to go back to school to pursue her doctorate so she can teach at the university level. Talk about never letting a disability get the best of you, this woman is on fire, and the only thing that makes her burn brighter is when someone tries to tell her what she can’t have. We’d love to be a fly on the wall for that dissertation. Undoubtedly, she’ll reach her goal. After all, a degree isn’t like love. You can get there through sheer stubborn persistence if it matters enough to keep trying.

Perhaps Peter let Alayah go too soon, but then again, it may have been an excellent choice. Apparently, right before she got cast on The Bachelor, Benavidez had a boyfriend. Did she dump him for a spot on the show? We’ll never know for sure, but he disappeared very quickly when a chance to play a role in reality TV popped up. Mostly we feel bad for the guy she broke up with if it’s true. When the chips are down, always take love over a reality TV stardom because love will still be there when the season ends.

Alayah made it fairly far in her career as a Pageant Queen. She even went to participate in Miss USA. Unfortunately, she didn’t place in the competition. However, Victoria Paul did make the cut. Their rivalry is clearly about more than just a man. That’s a bit sad for Peter, but it hasn’t stopped the women from making their feud into a national TV spectacle. We have to wonder if that sort of behavior is what the judges at Miss USA are looking for in their future Queen. Sadly for both Benavidez and Paul, we suspect not.

In addition to her Pageant crowns, modeling, reality stardom, and her charity work, this former orthodontic assistant also runs her own business called Three Bees Boutique. Her online shop sells cute clothing and accessories, among other products. However, the keychain bearing the legend “Catch dogs, not feelings,” makes us wonder about her true intentions on the show. That’s a pretty cynical message to put out into the world if your focus is (theoretically) on finding true love.

We’re not quite sure what to think of Alayah’s time on The Bachelor. It didn’t seem like she was there so much for Peter as she was making a savvy PR move for herself. In that way, she certainly won. No one is going to forget Alayah Benavidez any time soon. She may not have won the final rose, but at least Alayah got her message out there, which seems like it might have been her plan all along. There’s no way to tell without asking her personally, of course, and our opinion is just one of many.