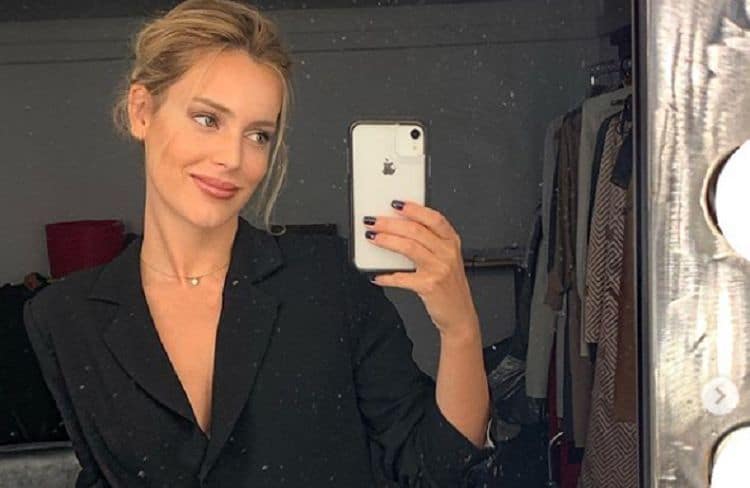 Alejandra Onieva is a natural beauty, and it’s easy to see why her fans love her so. Not only is she a talented actress, but she’s also someone who comes across as the girl next door. She’s not too over-the-top, but her gorgeous features only make her seem that much more relatable. She’s been in the news a lot lately, and not all for flattering things, so we thought we might take a moment to get to know the young actress and what she’s got going on in her life.

Alejandra Onieva was born and raised in Madrid, Spain. Her entire family spent their lives there, and she was raised in the Spanish culture and influence. She speaks Spanish as her first language, but we also understand she’s quite good with English, too.

She wasn’t even born when the 80s were here, so you know she has to be young. She was actually born in 1992, which means she’s yet to see 30. Her official date of birth is June 1, 1992. She’s still young, but we also think she still looks younger than she is.

3. She’s Got a Famous Boyfriend

She’s been in the headlines a lot lately for her relationship with a big-time movie star. His name is Sebastian Stan, and you know him from his roles in the Marvel movies. He’s been in more than a few of them, and fans are not entirely thrilled with the fact that these two are dating. We are trying to figure out what they did to make so many people feel as if they are doing them wrong.

It turns out she and her boyfriend are in the press right now not because of their romance but because her fans have been calling her racist, and both actors have been blocking those who bother to call her that. Alejandra allegedly posted a photo a long time ago somewhere online that was making fun of the Asian community, and fans have been asking for the photo to be removed. Rather than removing the photo, the couple simply blocks anyone who asks them about it.

5. The Photo in Question

In the photo that fans are now calling racist, Alejandra Onieva and a friend are posing wearing bright red lipstick, heavy makeup, and what appears to be kimonos. The caption reads, “Asian Night,” and fans are having a heart attack over it. We don’t know what she means by it, but we also don’t get the vibe she’s making fun of anyone. We’d rather assume she’s attending a theme party of some sort that asked attendees to dress in Asian-inspired outfits. We don’t believe in assuming the worst right off the bat without actual proof.

Her brother goes by the name Inigo. He has a rather interesting job, too. He’s a car designer, which we think is a pretty cool situation. We aren’t sure exactly what it means, but we imagine he helps design new vehicles inside and out to make sure that they are the best of the best.

7. Fans Are Surprised to See the Couple Together in Spain

Many fans are surprised to see them together for a simple reason. He stated back in May he would not leave his native NYC during the pandemic and abandon his home and the place he loves, yet he’s been seen all over the place in Spain for some time now. Many fans are wondering how he even got there with all the flights being cancelled and people not being permitted to enter the country.

8. She Seems to Love a Sunset

If you take a look at her social media pages like Instagram, you can see that she’s got a thing for sunsets. They seem to be a big deal to her, and we love that. We love that she’s so into things like this. She has more photos of herself and the setting sun than anything on her social media account. We get it. It’s the golden hour and it’s marvelous.

9. She Loves her Friends

Something else we learned about her from her Instagram page is that she’s got good friends she loves. She seems to spend a great deal of time with them, and she appears to have so much fun with them. We love a good friend, and it makes us all feel good about friendship.

Whether she’s all glammed up for a shoot or an event or she’s in no makeup and a bikini on the beach, she’s equally gorgeous. She’s someone who is clearly living her very best life making sure she’s got it going on. She never looks anything less than entirely gorgeous, and that’s an impressive feat.