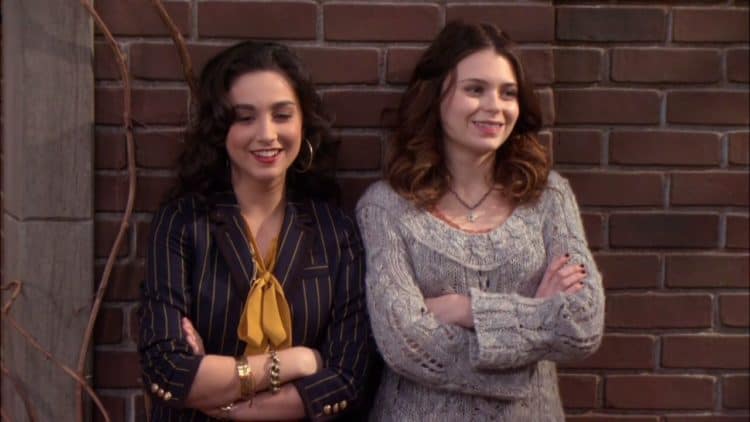 Alexandra Krosney may be the ideal candidate for the “Why Can’t I Get A Hollywood Break” award. Though she has been actively pursuing television and a few movie roles, and is popular among her fans, it seems she starts out strong but ultimately end up being cast to the side. One of the more controversial and publicly noticeable moves by producers to move on from Alexandra was her first season exit from the ABC comedy “Last Man Standing,” where she played a single mom and eldest daughter.

Here are 10 hard to find things you didn’t know about Alexandra Krosney.

1. The CW didn’t think she was the ideal lead.

After only the first season, the CW decided to go with Aly Michalka in the role of “Peyton” in its “iZombie” series. Though there doesn’t appear to be as much blowback from this decision compared to “Last Man Standing” Alexandra cannot seem to catch a major break.

2. Her Last Man Standing exit is not what it seems

The public reason Krosney was booted from the ABC sitcom was that it “afforded the show the opportunity to retool the family dynamic.” Behind that reasoning was that Amanda Fuller was older and more suited for the role. That actually may be the case, as many times the reverse is true — younger actors are brought in to expand the storyline of a show. Remember, it was a sitcom, not a $200 million single movie production.

3. She knew what her career would be at the ripe old age of 6.

As a very young child, Alexandra found an intense interest in acting. Before she would garner any attention from Hollywood, she was doing independent films, theatrical plays, and even worked as a model.

4. She explored the voicing profession.

Alexandra has not been afraid of trying new thing, including voicing characters in animated projects. That versatility landed her first voicing opportunity in 2010 as the voice of Sierra in “Transformers: Prime”.

5. She may have a potential character flaw that is at the root of her career problems.

It has been reported that her personality is one that includes insisting on her right to make up her own mind, which may make her difficult to work with. Connected with this is he demand is her assertion to a freedom of thought and action, which may explain the “creative” reason she was booted from “Last Man Standing.”

This is the name of a current Facebook page devoted to, at first, “Last Man Standing” but now seems to serve as a general focal point for Krosney fans.

7. She once appeared in “Lost”

Speaking of fans, there was once an issue about why fans of the successful series “Lost” weren’t able to see more of Krosney, particularly after the show’s Season 6, Episode 11, “Happily Ever After.” But the fans cries were ignored.

8. She is a very secretive person when it comes to her personal life.

It does seem odd that there are virtually no reports of her pursuing any romantic interests during her Hollywood career. Well, nothing of note. We can make the case that this avoidance of the glameratti is a reason for her short stints on television and the movies, as producers like free publicity for their shows. But zero boyfriends or romantic interests??

This estimate was back in 2002, when she had her gig with “Last Man Standing.” It is safe to say that figure has dropped considerably given her failure to establish herself in any long term role.

10. Krosney’s first attempt at professional acting was in 2002.

At the relatively early age of 14 Alexandra was able to snag a role in the pilot episode of “The Grubbs” which unfortunately never made it out of the filming room.

So which of these 10 things is the reason for Krosney’s career being held in Hollywood limbo? Twice she manage to get potentially long term roles, only to be replaced by less popular actresses. She has reached 30, so after pursuing a career for 16 years it would seem that she needs to find a long term gig sooner than later. Alexandra may be one of the best current examples of how tough it is to not only get into Hollywood, but also to stay there.